1. the process of learning the most important streaming, cable & Sling TV terms

2. a crash course in watching live TV without cable 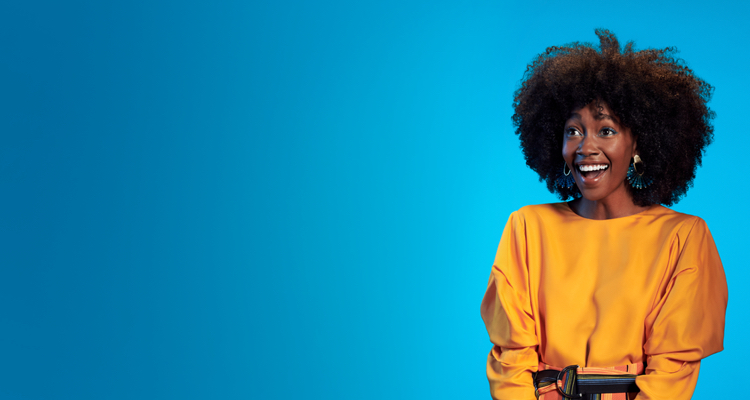 1. the process of learning the most important streaming, cable & Sling TV terms

2. a crash course in watching live TV without cable

Ever felt a little out of the loop with all of the lingo surrounding streaming? You’re not alone. It’s a quickly evolving field, and staying up on all of the terms can be tricky. Get yourself up to speed with our glossary of terms that will help you Sling like a pro.

Bandwidth refers to the amount of data that your internet connection is capable of handling at one time. For a household that wants to stream on multiple devices at the same time, you’ll need a wider bandwidth to be able to receive high quality video. Bandwidth is usually measure in bitrates, and for most internet connections that comes in the form of Mbps (see: Mbps).


Best of Spanish TV is the Latino service offered by Sling, available from Sling Latino as a base service for $10/month or as an Extra on Sling Orange or Sling Blue services for $5/month. It includes top Spanish-language channels like NBC Universo, beIN Sports en Español, Azteca and more.


The term blackout refers to the practice of not broadcasting certain programs within particular regions. For example, local programs that are broadcast on national channels will often experience a blackout within the local region. Blackouts apply most often to sporting events and other specialized and location-specific programs.

Broadband is the most common delivery system for cable television and internet. It refers to the use of cables to deliver data, which is why you need a modem plugged into your wall in order for your internet to function or a wired set-top box for your cable television. Streaming doesn’t use broadband technology, relying instead on existing internet connections to wirelessly transmit data.

Because streaming doesn’t require downloads of data, buffering is an issue that can occur when the data is struggling to pre-load while watching. If your screen pauses and a loading icon appears in the middle of your video, this means that it’s buffering and attempting to load the upcoming data for your stream.

Sling’s way of referring to channels in Sling Orange, Sling Blue and the associated Extras. The majority of these channels are broadcast from within the US (notable exception is BBC World News), hence their classification as “domestic” channels.

Note: All Sling channels are only available to subscribers within the US. However, Sling has Latino and International services that offer programming from a wide variety of other countries.

Digital video recording (DVR) is a way to record TV as it airs live and recall it for on-demand viewing later. Simply select “Record” on the upcoming program from within your Guide view and then retrieve the recording later from your DVR storage. Sling offers all subscribers 10 hours of storage space with Cloud DVR Free. Upgrade to Cloud DVR Plus for 50 hours of storage space for only $5/month.

Ethernet is a wired way of connecting computers or other devices to the internet by plugging a cord directly from the device into the internet modem. This can help speed up connections where WiFi is running into issues, however not all devices are Ethernet compatible. This method works best for computers, televisions and gaming consoles.

High-Definition Multimedia Interface (HDMI) cables are the standard way of connecting video devices, and send both audio and video signals together over one cable. Televisions with HDMI ports can also accommodate streaming devices like a Roku, Amazon Fire TV Stick, AirTV Mini or Google Chromecast.

High-definition (HD) and standard-definition (SD) refer to the video quality of your streaming content. Streaming in HD makes for a better viewing experience, but also requires a better internet connection in order to buffer in time. The majority of channels available on Sling feature an HD streaming option. Streaming in SD is better for smaller screens and lower speed internet connections.

High speed data is the mobile version of internet bandwidth. Because streaming delivers your content over the internet instead of through a cable, having high speed data is important if you want to continue watching your video while not on an Ethernet or WiFi connection.

A hub is a device that streams multimedia content to a TV or home theater system by serving as the connection between the display device and the internet. Streaming devices like Roku or Amazon Fire TV Stick are examples of media hubs. A hub can also be a device that controls other devices on the same network. For example, a Google Nest Hub can be used to voice control streaming apps on other devices such as your TV.

Interference is an important factor to consider when using an OTA antenna to receive local broadcasts. While streaming transfers data over the internet and runs no risk of interference, receiving transmissions with an antenna requires that it is placed away from objects of interference such as walls, furniture, electronics and highly trafficked areas.

Your internet service provider (ISP) is the company that provides you with your internet connection. Different ISPs have different areas of availability and service options (broadband, DSL, wireless, etc.) as well as available bandwidth.

An IP address is a unique identification number assigned to all devices using your internet connection. This number helps other devices communicate with your device and also provides a geolocation for your device. This can lead to local blackouts when your location is within an area with restricted content. (See: blackout)

Local channels like ABC, CBS, NBC, FOX, CW, PBS, and Univision are available over-the-air within defined broadcast areas. These channels can be received with certain paid cable, satellite and streaming services as well as for free using an over-the-air antenna. Learn more about how to get your locals with a free antenna deal from Sling.

Lookback is a Sling feature that lets you watch past episodes on a specific channel. You can find which channels feature Lookback by scrolling backward in the schedule lineup. If that function works, then Lookback is available on that channel. As opposed to DVR or on-demand, Lookback titles have a limited lifespan and cannot use fast-forward or rewind.

Mega-bit per second (Mbps) is a measure of the bitrate, or speed of data transfer on your internet connection. For streaming, it’s recommended to have an internet speed of at least 25 Mbps if you plan in streaming with multiple devices on the same connection. If you’re only using one device at a time, you can stream HD content with as little as 5 Mbps.

Over-the-air (OTA) refers to local channels that are broadcast within defined regional availability and can be received using an OTA antenna (See: locals). Reception of these channels is free for those within the broadcast area, and quality depends on a number of factors including interference and distance from a broadcast tower.

Over-the-top (OTT) broadcasting refers to streaming services that deliver TV service over the internet instead of using a traditional cable or satellite setup. Sling was the first OTT provider of live TV, effectively changing the game for delivery of live television.

Pay-Per-View (PPV) events are available for a one-time fee to view live when they broadcast. This format is generally used for special events such as combat sports and concerts. PPV broadcasts are available to purchase from your TV provider or directly from the host network.

Regional sports networks (RSNs) are channels that cover local sports but generally aren’t available via local antenna broadcast. Many RSNs are owned by NBC or FOX, such as NBCS Bay Area and Fox Sports North, or are locally broadcasted cable channels like AT&T SportsNet Pittsburgh and Spectrum Sports. Some RSN channels are also independently owned, such as MSG Network and Altitude Sports and Entertainment.

RSNs are only available in their specified region, and often require either cable/satellite service or a separate independent subscription. Sling provides FOX and NBC regional sports networks in select markets with Sling Blue.

A set-top box is a standard device for cable or satellite TV services. This device is plugged in to the television input and interprets the content for display on your TV screen. These generally cost a monthly equipment rental fee that’s hidden at the bottom of your cable bill. Streaming eliminates the need for a set-top box, as data is sent wirelessly over the internet instead - that means no hidden fees.

Video on-demand (VOD) is the technology that allows users to watch programs whenever they choose instead of having to watch them when they air live. There are various types of on-demand video, which vary based on payment accessibility. Within the streaming industry, each VOD service fits under one of these models:

The term WiFi refers to a wireless networking technology that allows various devices within a network area to use the same internet connection. Streaming relies on WiFi to provide an internet connection for the wireless delivery of content. WiFi networks operate on a wide range of speeds, so make sure that your WiFi connection is strong enough to support your streaming needs for a high quality experience.

Available to new customers upon account activation. One offer per customer. Must provide an email address and credit card. After 1 mo., you will be billed for Sling monthly at the everyday price unless you go online to cancel. Your account will be authorized to receive programming upon your first login.

The introductory price will change to the everyday price after the first month of billing.

Cancel on Sling.com or visit help.sling.com to contact us. Programming fees are charged monthly in advance and no credits or refunds will be issued for partial or prepaid months after cancellation.

Certain programs may be unavailable due to programmer restrictions or blackouts. Only available within the United States. State and local taxes apply. All prices, fees, charges, services, programming, features, functionality and offers subject to change without notice.