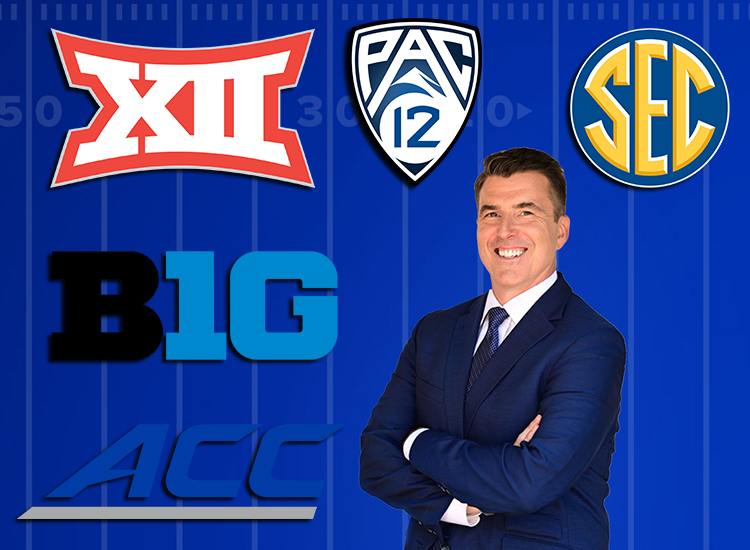 If you spot Rece Davis of ESPN’s College GameDay on your campus, that means your school is about to play in one of the weekend's marquee matchups. In other words, it's a good sign.

ESPN’s Emmy Award-winning college football show kicks off its new season at 9am on Saturday, Aug. 28 with a special show in Atlanta that will spotlight the MEAC/ SWAC Challenge Kickoff between North Carolina Central and Alcorn State (7pm, ESPN). Davis and the rest of the crew—analysts Kirk Herbstreit, Desmond Howard, David Pollack, and Lee Corso, who will return to the main desk after working from home during the 2020 season, along with sports betting analyst Chris ‘The Bear’ Fallica, and reporters Jen Lada and Gene Wojciechowski—will be joined by a number of special guests, including NFL stars turned HBCU coaches Eddie George and Deion Sanders; interviews with Nebraska’s Scott Frost, Georgia head coach Kirby Smart, and Chip Kelly of UCLA; and a special performance from Atlanta hip-hop pioneers Migos.

It’s a stacked three hours that also promises to get viewers ready for the upcoming season (check out this week's schedule at the bottom of the page). We were able to hop on a Zoom call with Davis to get his thoughts on the biggest questions heading into the 2021 season. To watch College GameDay every Saturday throughout the season, sign up for Sling Orange with ESPN using the link at the bottom of this page.

Sling: Can Georgia finally get over the hump?

Rece Davis: Georgia can, the question is: will they? They are positioned in the middle of the most fertile recruiting ground in perhaps the country, yet they haven't won a championship in more than 40 years, [since] Herschel Walker’s freshman year of 1980. You know, I hosted Euro 2020, the soccer tournament, this summer. Belgium was the number one team in the world and everybody said, “sure, great they are number one in the rankings, they haven't won the big one.” Georgia is Belgium. And it’s ok to say that; for Georgia to be ultimately successful and be considered among the elite, they have to win. They have to win it all and it has to start opening week against Clemson.

With new QBs, will Ohio State, Clemson or Alabama miss a beat on offense?

I do see them taking a bit of a step back, especially early. The well-oiled machines that those three offenses have with three big-time quarterbacks, three first-round quarterbacks, you're going to have a bit of a step back. Adding to the fact, for Alabama, you lose DeVonta Smith, who had as fine a season as a wide receiver as any we’ve seen. I think those offense will be potent, but I don't think they will be quite as unstoppable as they were last year, especially early.

Can the Pac-12 end their CFP drought?

I think the best team in the Pac-12 that has a chance to end the College Football Playoff drought is a team that was in the first College Football Playoff and that’s Oregon. I have questions about Oregon at quarterback, but I also think they have the best player in college football at defensive end in Kayvon Thibodeaux. So I think that Oregon has the best chance, I don’t think it’s an easy path for a Pac-12 team, but if anyone does it, it’ll be Oregon. I think they've got a decent shot at it.

Can anyone dethrone Clemson in the ACC?

It’s highly unlikely that anybody in the ACC dethrones Clemson, because if you go through the rosters or through the two deep, there is a significant gap between even the best ACC teams and what Clemson has to offer throughout it’s roster. But there are a couple of teams, North Carolina and Miami, that have an opportunity in a one-shot deal in the ACC Championship game, since those teams don't meet in the regular season right now, that they would have a shot. They're good enough to catch Clemson on the right night and knock them off. Clemson will have a little bit of a transition this year with Trevor Lawrence, Travis Etienne being gone, and the defense should be phenomenal. But if I had to pick a team from the ACC to do it, I would go with North Carolina, because I think that Sam Howell of the Tarheels is not only the best quarterback in the ACC, as we talk here in the preseason, I think he is the best quarterback in the country. And if you're going to beat a team that is probably more talented than you are, having the best quarterback around is a great place to start.

It is. Ohio State is significantly better than everyone else in the Big Ten. It doesn't mean that the Buckeyes can’t stumble, particularly with some of the early challenges that they have with a new quarterback this year in CJ Stroud (assuming that he hangs onto the job, which it appears he will in the preseason). But much like Clemson in the ACC. there’s just a significant talent gap between Ohio State’s entire roster and the level at which it recruits compared to the rest of the Big Ten. I think that certainly Penn State is going to have a good team, there are some veteran teams out there, a lot of those across college football with the COVID year. But I still think that Ohio State’s talent advantage is so significant that it puts them at a pretty sizable cut above the rest of the Big Ten.

Any team that could surprise and crash the CFP party?

I think it’s Cincinnati. Now, I know a preseason top 10 team doesn't really fit the traditional definition of sleeper but I think because the Bearcats are outside the Power 5 conferences that the ranking probably doesn't even give them as much discussion in the preseason as it should. They are returning a lot of guys, quarterback is coming back and the most important thing for a team outside the Power 5 is to have a couple of big non-conference opportunities. Cincinnati has that against Indiana, a Hoosiers team that was very good last year and should be this year, and they also have a trip to Notre Dame. If they can win those two games and perform in the American, I think Cincinnati could be a team that is under serious consideration for a spot in the College Football Playoff.

Who will be in the CFP this season?

I think it’s going to be Oklahoma, I have them preseason number one. I'm going to go ahead and go Clemson and Alabama, though I feel like one of these years, you're going to have a season where neither of them make it, but it’s hard to pick against those two right now. And the fourth one I'm going to say is going to be Oregon. I think that Oregon is going to get the nod. They have a showdown early with Ohio State. If they win that game that would give them perhaps an edge over the Big Ten Champion, if it all plays out that way. So I’m going to say Oklahoma, Clemson, Alabama and Oregon will be the four playoff teams. 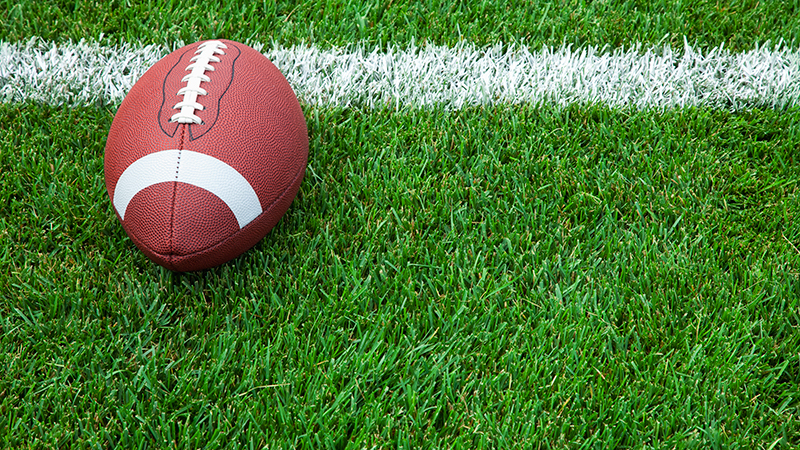 How To Stream College Football on Sling TV

How To Stream College Football on Sling TV