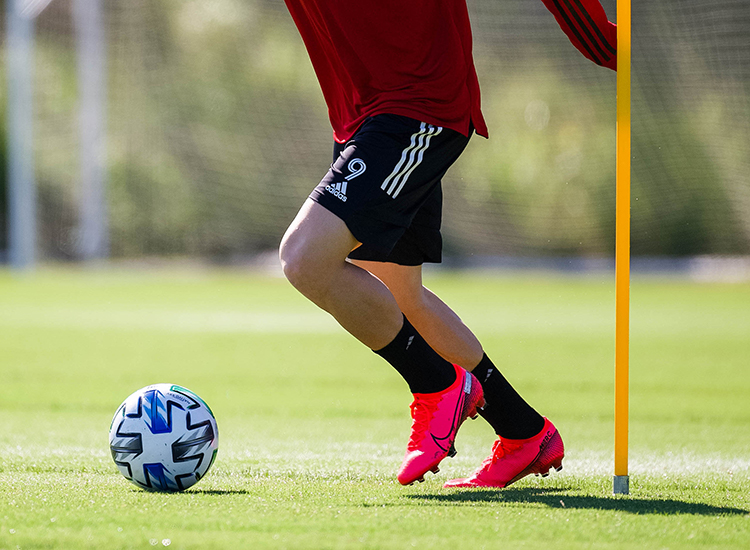 We’re through two rounds and down to eight teams in the MLS Is Back Tournament, which means that A) The quarantine bubble didn’t burst, a very good sign for the upcoming NBA restart, and B) We should have some great soccer over the next week as the remaining teams battle for a spot in the Final, along with an automatic playoff berth and a $1 million-plus prize for the winning club.

You can catch all of the remaining MLS Is Back action right here on Sling, as the games will be split between FS1 and the ESPN family of networks. The four quarterfinal games kick off with a matchup between the Philadelphia Union and Sporting Kansas City (Thursday, July 30, 8pm ET, ESPN). Philly advanced to the Quarters after defeating the New England Revolution 1-0, while Sporting KC got through Vancouver on penalty kicks.

Next up is a delicious matchup that pits the tournament’s hometown underdog against its heavy favorite, as Orlando SC takes on LAFC (Friday, July 31, 7:30pm ET, FS1). Orlando has been the surprise of the tournament thus far, as the fifth-year team has exceeded expectations by going 3-1-0 in their four matches thus far. But they’ll have to be at their best to get past LAFC, who looked dominant in their 4-1 Round of 16 victory over the defending MLS Cup champs, the Seattle Sounders.

The quarterfinals conclude with two games on Saturday, Aug. 1. First up, it’s Minnesota United vs. the San Jose Earthquakes (8pm ET, ESPN2). The ‘Quakes shook up Real Salt Lake in their 5-2 win, while Minnesota moved past Columbus on PKs. The last quarterfinal match sees NYCFC squaring off against the Portland Timbers (10:30pm ET, FS1). The Timbers were the third team to advance to the quarterfinals on penalty kicks, knocking out Cincinnati last night. They’ll face a feisty NYCFC squad that made short work of Toronto FC, winning 3-1 and scoring less than five minutes into the match.

The MLS Is Back Semifinals will take place next Wednesday and Thursday (Aug. 5-6), while the Final is slated for Tuesday, Aug. 11. With a surprising mix of teams still in contention, the MLS and its fans have to feel good about the tournament thus far. Most importantly, the players themselves are feeling good, or we wouldn’t even be at this point. Here’s hoping it stays that way, for those in the bubble and the rest of us.

Check out the full remaining schedule for the MLS Is Back Tournament below.