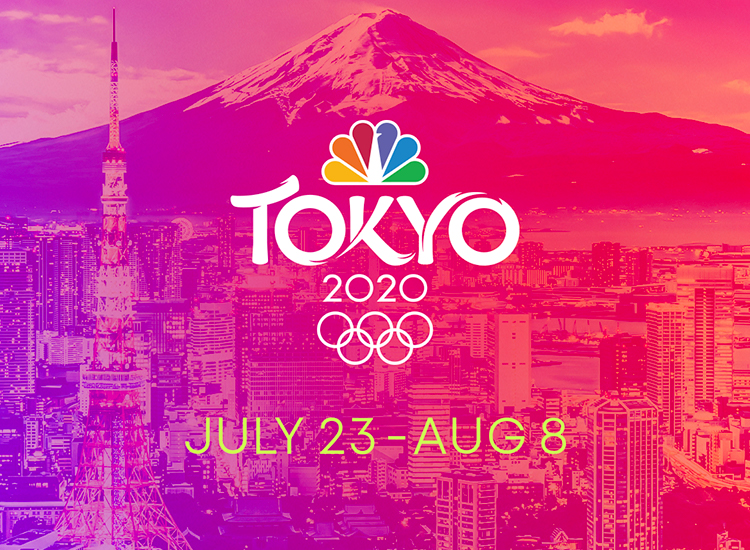 With Japan under a state of emergency due to rising coronavirus infections, the 2020 Tokyo Olympic Games will be very different for the athletes who have to compete in empty stadiums. But if we’re being honest, they won’t be all the different for those of us accustomed to watching from home. It may not be an official event, but couchsurfing is a sport most of us have mastered over the past year.

With the Opening Ceremony of the Games now just a week away, here’s a preview of what to look forward to. For more information on how to watch on Sling, follow this link.

When are the Olympics?

The Opening Ceremony will be held on Friday, July 23, while the Closing Ceremony will take place 16 days later, on Sunday, August 8. However, the competition itself will begin a little sooner. The first official event of the Tokyo Olympics will be a softball game between Japan and Australia, which takes place Tuesday, July 20 at 8pm ET, followed by U.S vs. Italy at 11pm ET. Women’s soccer games begin on Wednesday, July 21, with men’s soccer kicking off the next day, Thursday, July 22.

What is the Time Difference Between Tokyo and the U.S.?

The ability to watch the Olympics live from America always depends on the difference in time zones, and this summer’s games are pretty askew from the clocks on our walls. Tokyo is 13 hours ahead of New York, 14 hours ahead of Chicago, 15 ahead of Denver, and 16 ahead of the West Coast. As a result, some of the events featured during NBC’s primetime coverage may air on tape delay. Fortunately, the time disparity is so great, events taking place early in the morning on Tokyo time land in the primetime window back in the states, so popular sports like Swimming, Track & Field, and Basketball will still include some live coverage. For a complete schedule including broadcast details, click here.

What are the New Events?

There will be a record 339 medal events at the Tokyo Olympics, making it the biggest global sports competition yet. Some of this is due to the “Agenda 2020” reforms, which allows host cities and nations to propose new events that are popular in their country or region. That’s how Baseball ended up back in the Olympics for the first time since 2008, a fitting choice given how Japan’s Shohei Ohtani has dominated the first half of the MLB season. Along with Japan, the U.S., Israel, Mexico, South Korea, and the Dominican Republic make up this year’s field.

Softball will also be making its return to the Olympics this year, along with four new sports that have never been in competition. Skateboarding makes its highly anticipated Olympics debut with two disciplines; park and street competitions. Men and women’s surfing competitions will also make their Olympic debut, along with sport climbing (using a unique format that combines all three of the sport’s disciplines into a single event), and karate, which will include both kata (a demonstration discipline) and kumite (head-to-head fighting).

Lastly, there are a number of new events spun-off from existing Olympic sports. First is men and women’s 3x3 basketball, a leaner version of the game that ends after 10 minutes or a team scores 21 points. Rounding out the new action sports competitions, freestyle BMX has also been added to the program, and there are several new mixed-gender team events in swimming, track & field, judo, table tennis, and more.

If you’ve somehow never heard of gymnast Simone Biles, congratulations, because this woman is about to absolutely blow your mind. A four-time Olympic gold medalist, Biles is arguably the greatest gymnast in U.S. history, a remarkable accomplishment considering the legacy of athletes from Mary Lou Retton to Aly Raisman. 24-year-old swimmer Katie Ledecky is similarly gifted, as she already has more world championships (15) than any female swimmer in history.

Other athletes to watch are those attempting to fill the shoes (and swim trucks) of newly-retired legends. With Michael Phelps no longer competing, the next generation of American swimmers will finally have a shot at making a name for themselves, including Caeleb Dressel, who holds world records in the 100 meter butterfly, 50 meter freestyle, and 100 meter individual medley. And while it’s difficult to imagine anyone overshadowing retired Jamacain sprinter Usain Bolt, 17-year-old Erriyon Knighton actually beat two of his youth records en route to becoming America’s youngest track & field athlete since Jim Ryun in 1964.

Of course, the names we know before the Games start aren't always the ones we remember after. With exciting new events, plenty of star power, and an extra year of anticipation, the Tokyo 2020 Olympics could be one of the most memorable ever, even if there will be precious few there to see it in person.