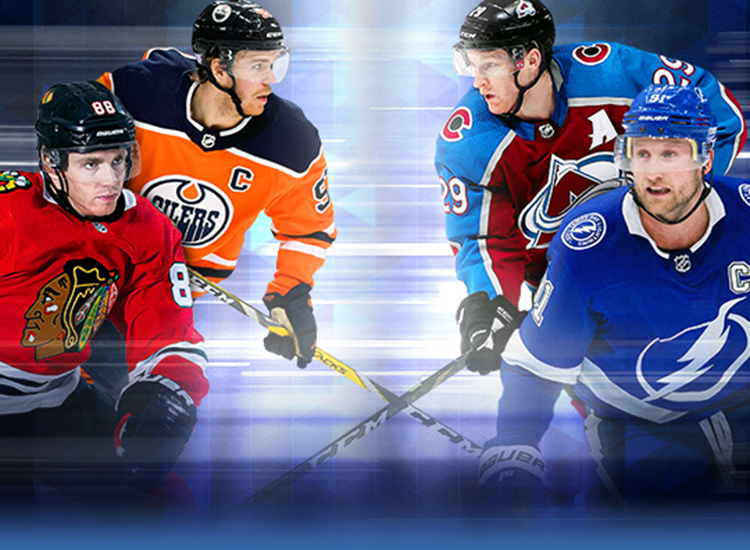 NHL fans, cancel all of your plans: There are live hockey games to watch every night for the next 116 days. The NHL has finally come to terms on non-bubble play for the 2021 season and it’s going to be a wild one, folks. With all new divisions and a packed schedule, this season will be unlike anything before it. Let’s preview some of the biggest changes and top factors to keep an eye on once the puck drops with today's NBCSN triple-header* (Pittsburgh at Philadephia, 5:30pm ET; Chicago at Tampa Bay, 8pm ET; and St. Louis at Colorado, 10:30pm ET).

It’s time for new rivalries to be born and old ones to kick on the afterburners. In order to minimize travel and comply with regional guidelines, the NHL has reimagined its division split this season – West has replaced Pacific, Central remains in place (but with a new cast of characters), Metropolitan/Atlantic have turned into the East, and Canadian teams are bundled together into their new North division. In case that’s a little hard to follow (it is), the video above breaks it down in less than :30 seconds.

Unlike normal years, these divisions are more than just a geographic bracket for competition: To minimize travel and exposure, teams will only play against their division right up until the Stanley Cup Playoffs start. With a 56-game season and each team playing just six or seven competitors, these guys are going to be seeing a lot of each other. Does anybody else smell fresh tea?

If that image of netminders about to punch one another didn't tip you off, Calgary and Edmonton don’t particularly like each other. But the Battle for Alberta gets some fresh gasoline on the flames (no pun intended) this year, as those two teams are going to see each other a total of ten times before the season ends.

Penalty box officials may want to print up official nametags for players like Zack Kassian and Matthew Tkachuk, and anybody with a fantasy league that gives points for fighting would be wise to add some names from the Alberta squads to their rosters.

Dynamic duos from each team are also going to be battling for the spotlight. Will fortune favor the powerhouse forwards Connor McDavid and Leon Draisaitl of the Oilers, or will Flames stars Johnny Gaudreau and Sean Monahan manage to steal some of the attention?

Some big names moved around in the off-season, as if 2020 wasn’t weird and disorienting enough. Henrik Lundqvist left the New York Rangers to join the Washington Capitals before announcing that he would have to sit out the season to undergo open heart surgery. Sadly, it seems unlikely that we’ll ever see the legendary netminder between the pipes again. The Caps are down a second big name in net too, as Braden Holtby was traded to the Vancouver Canucks. Pittsburgh also jumped on the goalie trading train, sending Matt Murray to the Ottawa Senators in exchange for a prospect centerman and a 2020 draft pick.

Free agency went gangbusters too, with Alex Pietrangelo leaving the St. Louis Blues for the Vegas Golden Knights and Taylor Hall ditching Arizona for Buffalo among the biggest moves. Veteran forward Corey Perry also flew north and left the Dallas Stars to join the Montreal Canadiens. As always, some teams are making big bets to put themselves in playoff position, but only time will tell if they pay off.

A handful of this year’s rookies are entering the fray with gold medal in hand — Trevor Zegras, Arthur Kaliyev and Alex Turcotte all joined their NHL teams after winning the World Junior Championships for Team USA on January 5. Zegras in particular made a huge splash at the tournament, finishing first in scoring with 18 points in 7 games, and fans of the Anaheim Ducks should be pretty stoked to see him joining the roster.

Alexis Lafrenière has been a big storyline since he was drafted first overall to the New York Rangers, and I think it’s safe to say everyone is excited to see what the kid brings to the ice. He has competition for the Calder in Dylan Cozens, a high performer set to join Jack Eichel on the lineup in Buffalo. And nobody who watched the World Juniors can shrug off the impressive performance of the young German forward Tim Stützle, who absolutely carried Team Germany and finished fourth on the scoring leaders list despite his team not making it to the medal round.

The puck drops on the 2021 NHL season today, January 13 at 5:30 PM ET. Sign up for Sling Blue to catch the action on NBCSN and add Sports Extra for highlights and analyst coverage on NHL Network. And beginning Monday, Jan. 18, you can catch out-of-market games from your favorite teams with NHL Center Ice!