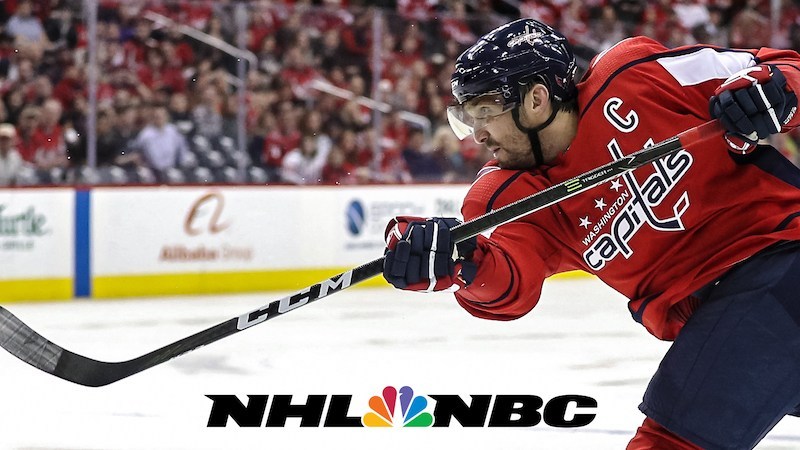 vLAh, the NHL playoffs. It’s that time of year that separates the exceptional athletes from the other, still exceptional athletes that play golf instead. Will the Tampa Bay Lightning run away with the cup having just tied the wins record in a regular season with 62? Or will a “bunch of jerks” from Carolina play spoiler and send them packing? Here are our predictions of the Wild Card rounds of the 2019 NHL Playoffs.

Before Carolina can ruin the hopes of Tampa Bay winning the cup, they will have to first face off with the defending Stanley Cup champions. The Washington Capitals owned the season series against the Hurricanes, outscoring them 15-9 with Alex Ovechkin coming off yet another Rocket Richard Trophy winning season with 51 goals. The Hurricanes though are a scrappy bunch with a few young up and comers who could surprise the Capitals and play spoiler.

Sebastion Aho led the way for Carolina this year ending the season with 83 points and has 17 career points in 12 games against the Capitals. Hurricanes rookie Andrei Svechnikov, selected second overall last year, scored 20 goals this season and will have his first look at NHL playoffs. He could be a key player for the Hurricanes if they hope to move past the Capitals.

The Capitals have their own potential game changer in Tom Wilson who can simply put the puck on net scoring 22 goals. The Caps will have to be careful though as he’s racked up 128 penalty minutes. This series has the makings to be a great one of the best in the entire playoffs.

The Lightning finished the regular season with 62 wins and 128 points on the season. That is 21 points more than the next closest team and the most points by a team since the Detroit Redwings in the 1995/1996 season. On paper this should make them clear favorites to win the cup this year, right? Not so fast, that 1996 Detroit team lost to the Colorado Avalanche in six games in the Western Conference finals. The Blue Jackets are coming in as an eighth but there is precedent from that spot to win it all. The Los Angeles Kings won the Stanley Cup as an eighth seed in 2012 after taking all 82 games to clinch a playoff spot. This year’s Columbus team took 81 games to do so. Will they have a shot to beat Tampa Bay and advance to the next round? Well, maybe…

Columbus has the offensive tools to upset the Tampa Bay Lightning, with a solid top six and a Vezina winning goaltender in Sergei Bobrovsky. If Bobrovsky can shut the doors on the likes of Tampa Bay’s Nikita Kucherov, who posted a whopping 128 points (41 goals, 87 assists) and their top players in Artemi Panarin (87 points) and late season acquisition Matt Duchene (70 points) provide enough offense, then perhaps they can do it. Another player to watch for Columbus would be defenseman Seth Jones, who posted 46 points this season.

While these are some great pieces, Tampa Bay has some even better ones, with a deeper roster. Tampa Bay has three of the top 12 scorers in the league during the regular season with Nikita Kucherov (128 points), Steven Stamkos (98 points), and Brayden Point (92 points). That’s a lot of scoring power for Columbus to overcome. Then there is their defense led by Victor Hedman (54 points and a +24 rating) and goaltender Andrei Vasilevski, who posted a .925 save percentage. Tampa Bay are clear favorites on paper, but stranger things have happened.

Things out West are a bit more wide open when it comes to a favorite. With 17 points separating the first and eighth seeds and only two points separating second and fifth seeds. Nashville finished the season with a respectable 100 points and has now made the playoffs for their fifth consecutive year and second as Central Division champions. They have arguably the best defensive core in the league and the playoff experience to contend for the cup to give the Dallas Stars a real uphill battle if they want to advance.

Nashville is a team that scores by committee, but it all starts with the defense. Their top four of Roman Josi, Mattias Ekholm, Ryan Ellis, and P.K. Subban accounted for 172 points while only giving up 214 goals during the regular season, good for third best. One team with fewer goals allowed are the Dallas Stars. A big reason the Stars have been able to keep the puck out of their net this season is because of goaltender Ben Bishop, all 6’7” 215 pounds of him, who posted a .934 save percentage and 1.98 GAA.

Dallas also has some offensive threats from their defensive core with John Klingberg (45 points) and rookie Miro Heiskanen (33 points). Another advantage for the Stars is forward Tyler Seguin, who scored 80 points this season (33 goals, 47 assists). This should be a great defensive series where the first goal could make the difference between winning and losing, because that may be the only one scored.

When it comes to the Avalanche and Flames, you can throw defense out the window. This one is all about goals. There will be a ton of them. Between both teams, they have two of the top 10 scoring leaders for the regular season and eight of the top 40. These are both incredibly young teams who play a fast pace and should make for what could be the most exciting of the opening round matchups.

The Calgary Flames posted 107 points this season, earning the top spot in the Western Conference. Leading the way is forward Johnny Gaudreau (99 points) and defenseman Mark Giordano (74 points) who is considered a top contender for this years’ Norris Trophy as the NHL’s best defenseman. The Flames swept the season series against the Avalanche this year winning all 3 games and outscoring them 14-10. The first two games were close though. The Flames also have the edge over Colorado when it comes to secondary scoring as there is less of a drop off after their top line, which could prove the difference in the series.

As far as the Colorado Avalanche, it’s been a tale of two teams. They started off strong going 15-6-5 during October and November with a three headed Monster in Nathan Mackinnon (99 points), Mikko Rantanen (87 points), and Gabriel Landeskog (75 points) which at the time was considered the best line in hockey, and a favorite out west as a potential Stanley Cup finals team.

That is before the wheels fell off and the team went 7-14-3 in December and January, forcing them to go 8-0-2 during the stretch just to clinch a playoff spot. Their goaltending during that time was a huge reason for the slump as neither Semyon Varlamov or Phillip Grubauer could stop a beachball.

But going into the playoffs, Colorado has been the hottest team, with Phillip Grubauer turning his game around posting four shutouts in his last 15 starts and an impressive .956 save percentage. If Grubauer plays that way during the series and the Avalanche’s top line plays like they were projected, they have a good chance of upsetting the Flames. Another player to keep an eye on is Colorado defensive prospect Cale Makar, who is expected to sign and play after completing his Frozen Four campaign with UMass. He could potentially give Colorada’s defensive group a shot in the arm, as everything is currently going through defenseman Tyson Barrie.