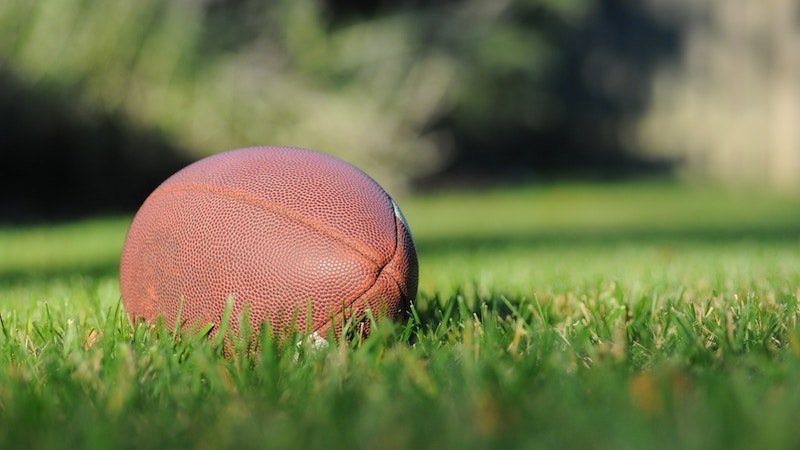 What happened in the NFL last week? The Browns beat the Bills, the Titans bested the Chiefs, the Falcons trounced the Saints, the Jets and Dolphins both won on the same day for the first time since December 9, 2018, and the Niners lost their first game of the season, and at home no less.

Thursday, November 14
Pittsburgh Steelers (5-4) vs Cleveland Browns (3-6)
8:20pm on FOX
The Pittsburgh Steelers find themselves in the playoff hunt despite starting 1-4 and losing Ben Roethlisberger for the season. The defense came up huge last week against the Rams, as they sacked QB Jared Goff four times, picked him off twice and gave up just 243 yards on 22-of-41 passing. In a week full of upsets, the Browns’ 19-16 win over the Bills was among the biggest, as Baker Mayfield hit on 26 of 38 for 221 yards and two TDs with no picks, and Nick Chubb rolled 116 yards on 20 carries.

Sunday, November 17
1pm on FOX
Dallas Cowboys (5-4) vs Detroit Lions (3-5-1)
Dallas wasted a big day from Dak Prescott, who completed 28 of 46 for 397 yards, three TDs and an interception, as they fell 28-24 to Minnesota. It’s amazing these guys sit atop the NFC East. The Lions were stunned to learn Sunday morning that QB Matthew Stafford would be missing his first game since 2010, as injuries relegated him to the sidelines. Jeff Driskell went 27-for-46 for 269 yards, a TD and an interception in Stafford’s place, but it wasn’t enough as the Lions lost to Chicago 20-13.

New Orleans Saints (7-2) vs Tampa Bay Buccaneers (3-6) The Saints got stunned by the Falcons last week, losing 26-9, as the Atlanta pass rush overwhelmed Drew Brees, sacking him six times for 46 yards and keeping him out of the end zone despite passing for 287 yards. It was another full box score for Jameis Winston, who went 30-for-48 for 358 yards, a touchdown two interceptions and four sacks for 19 yards in the Bucs’ 30-27 win over Arizona. Winston still leads the league in picks (14) and sacks (34).

New York Jets (2-7) vs Washington Redskins (1-8)
It’s the “Second Pick in the 2020 Draft” Bowl! The Jets ripped off 10 unanswered fourth-quarter points last week to beat the Giants 34-27, with Jamal Adams and Jordan Jenkins each contributing two of the team’s six sacks. Washington had last week off, following their 24-9 loss to Buffalo. Washington, who last week cut LT Trent Williams, is last in the league with 12 points per game.

Atlanta Falcons (2-7) vs Carolina Panthers (5-4)
The Falcons shocked the Saints last week, 26-9, as the defense took down Drew Brees six times and didn’t let him in the end zone, while Matt Ryan completed 20 of 35 for 174 yards and two TDs. Christian McCaffrey managed 108 yards and a touchdown on 20 carries against Green Bay last week, but it wasn’t enough as the Panthers fell 24-16. McCaffrey leads the league in rushing yards per game with 109.9 and is tied for the lead in rushing TDs with 11.

4pm on FOX
Arizona Cardinals (3-6-1) vs San Francisco 49ers (8-1)
Rookie Kyler Murray hit on 27 of 44 for 324 yards and three touchdowns, but he also threw a backbreaking interception at the Tampa eight-yard line with 3:47 on the clock and his team up by four, with a chance to salt the game away. Instead, the Bucs marched 92 yards for the game-winning touchdown. The Niners took their first L of the year Monday night, losing to Seattle 27-24 in OT as QB Jimmy Garappolo completed 24 of 46 for 248, with a touchdown, an interceptions and 5 sacks. SF had a chance to win after Seattle’s Russell Wilson threw an interception in the end zone at the start of OT, but the Niners’ Chase McLaughlin missed the potential game-winner from 47 yards out.

8:20pm on NBC
Chicago Bears (4-5) vs Los Angeles Rams (5-4)
The Bears capitalized on a late scratch by Detroit’s Matthew Stafford, winning 20-13 behind Mitch Trubisky’s 16-for 23 effort with 173 yards and three TDs, ending the team’s four-game skid. The Rams got caught flat-footed by the Steeler D, as Jared Goff was intercepted twice and sacked four times in a 17-12 loss — even the Rams’ punter, Johnny Hekker, had his lone pass attempt picked off.

Monday, November 18
8:15pm on ESPN
Kansas City Chiefs (6-4) vs Los Angeles Chargers (4-6)
A week after kicking 44- and 54-yard field goals in the final 2:36 to seal a 26-23 win over the Vikings, Harrison Butker had his last-second potential game-tying 52-yard attempt blocked for the finishing touch on the Chiefs’ 35-32 loss to the Titans. Pat Mahomes went 36 for 50 for 446 yards and three TDs, but to no avail. The Chiefs have now lost four of their last six. The Bolts gave up an 18-yard touchdown run by Josh Jacobs with 1:02 to play to hand the Raiders a 26-24 win last week. Philip Rivers endured one of the worst games of his career, completing just 17 of 31 for 207 yards, two TDs, three interceptions — including a pick-six, and five sacks for 38 yards.