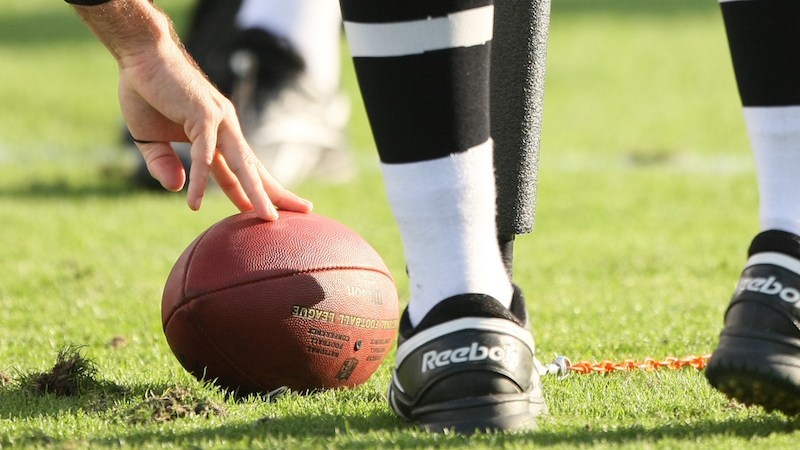 Thursday, October 17, at 8:20pm on FOX
Kansas City Chiefs (4-2) vs Denver Broncos (2-4)
Lead by defending NFL MVP Patrick Mahomes, the once mighty Chiefs have now lost twice in a row, falling last week 31-24 to the Houston Texans. KC was nursing a 17-16 lead late in the 2nd quarter when Mahomes was sacked on his own 17 and fumbled the ball, which was recovered by Houston on the three-yard-line, setting up the TD. The Broncos threw a shutout last week, beating the Titans 16-0. The Denver defense was so overwhelming that Marcus Mariota (7 for 18, 63 yards, 1 INT, 4 sacks) got benched in favor of Ryan Tannehill, who was sacked another three times. The offense still needs some work, however. The Broncos have both scored and allowed 106 points.

Sunday, October 20, at 1pm on FOX
Los Angeles Rams (3-3) vs Atlanta Falcons (1-5)
The Rams are officially in free fall, having dropped three straight. Last Sunday against the Niners, Jared Goff completed 13 of 24 for 78 yards and was sacked four times as the offense amassed just 157 total yards, wasting a solid performance by the defense. The Rams defense took a hit with the news that Aqib Talib is headed to the IR with a rib injury, but there’s hope that RB Todd Gurley will be back in action. The Falcons have now dropped four in a row, most recently by a score of 34-33 to the lowly Cardinals as Matt Bryant missed PAT with 2 minutes on the clock. It’s a shame Matt Ryan even bothered to go 30 for 36 for 356 yards and 4 TDs. An average offense and an atrocious defense are a tough combo.

Minnesota Vikings (4-2) vs Detroit Lions (2-2-1)
The Vikings beat up on the Eagles 38-20 as Kirk Cousins hit on 22 of 29 for 333 yards and 4 TDs, with Stefon Diggs on the receiving end of 7 passes for 167 yards and 3 TDs. Cousins’ passer rating of 108.4 is now the third-best in the league, behind only Russell Wilson and Patrick Mahomes. The Lions have had a tough couple of weeks, first losing to the Chiefs on a last-minute TD, then a bye week followed by a 23-22 loss to the Packers on a last-second field goal. Worse still, the game that was marred by a pair of terrible penalties called against them, one of which led directly to a Green Bay score and the other facilitating the running down of the clock. The Lions have now been outscored 18-0 in the final minute of games this season.

Arizona Cardinals (2-3-1) vs New York Giants (2-4)
The Cards’ rookie QB Kyler Murray had himself a day against the Falcons last week, completing 27 of 37 for 340 yards and 3 TDs with no picks or sacks, en route to a 34-33 victory. It’s amazing these guys are only a win away from .500. The G-men could conjure no miracles against the Pats last week, falling 35-10, despite Tom Brady failing to throw a touchdown. Daniel Jones is getting progressively worse, most recently going 15 for 31 for 161 yards, 1 TD, 3 picks and a sack. Saquon Barkley’s continued absence due to a high ankle strain isn’t helping the Giants’ cause.

San Francisco 49ers (5-0) vs Washington Redskins (1-5)
The Niners remain the NFC’s only undefeated team following a 20-10 victory over the Rams and are now third in the league with 29.4 points per game and second with 12.8 points allowed. The Niners have gained 44 percent of their yardage on the ground, the second-highest figure in the league. Washington came out on top in last week’s Someone Has to Win Bowl, in which they faced the similarly winless Miami Dolphins. Miami scored a touchdown with 10 seconds to play and decided to go for the win, but failed to convert the two-point conversion. The notorious Adrian Peterson ran 23 times for 118 yards after having 40 carries for 108 yards in his four previous games.

Sunday, October 20, at 4:25pm on FOX
New Orlean Saints (5-1) vs Chicago Bears (3-2)
Teddy Bridgewater is now 4-0 since taking over for an injured Drew Brees, thanks largely to a defense that went from allowing an average of 436 yards over the first three games to just 245 yards in the last three games. Chicago is coming off a bye following a 24-21 loss to the Raiders. After falling behind 17-0, the Bears came roaring back to go up 21-17 in the 3rd, only to give up the winning TD with two minutes to play. Chicago’s defense is top five in the league, but it’s not getting a lot of help.

Baltimore Ravens (4-2) vs Seattle Seahawks (5-1)
Ravens QB Lamar Jackson leads the league in yards per carry at 6.7 and is on pace for a 1,200-yard rushing season. He’s also on pace to pass for 4,000 yards and 29 TDs, if you’re wondering how it is that Baltimore has the 2nd-highest scoring offense in the game at 30.7 PPG. They most recently beat up the winless Bengals 23-17 in a game that wasn’t that close. How much longer can the Seahawks get away with this high wire act? They’ve won exactly one game by more than one score, last week squeaking past the Browns 32-28, needing a TD with 3:30 to play to seal the deal. Russell Wilson continues to have a career year, going 23 for 33 for 295 yards and 2 TDs last week, while RB Chris Carson enjoyed his third consecutive 100+ yard day.

Monday, October 21, at 8:15pm on ESPN
New England Patriots (6-0) vs New York Jets (1-4)
The Patriots defense has been so dominant this season that it has scored more TDs (5) as it has allowed (3) while also allowing the fewest yards per play (4.1) and forcing the most turnovers (16). Oh, and their average margin of victory is a league-leading at 23.7 points. The Jets aren’t quite as good, though they notched their first win of the season last week against the struggling Cowboys, 24-22, but it was only by the grace of a failed 2-point conversion that the Jets held on. You have to wonder how Le’Veon Bell feels about the recent choices he’s made.