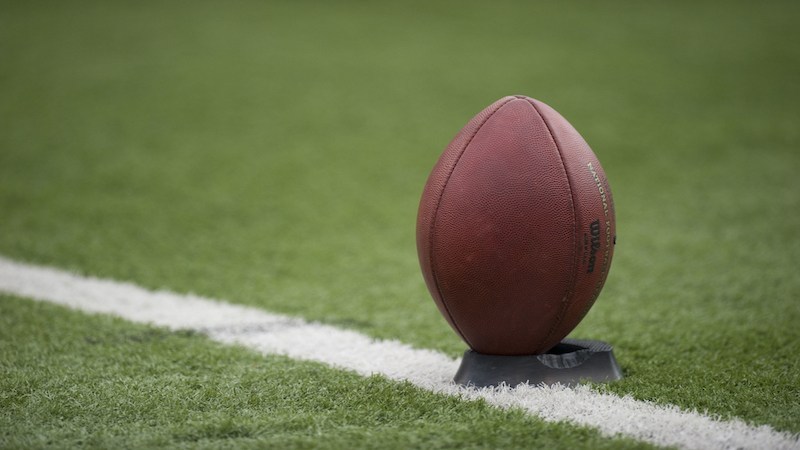 Tennessee Titans (1-1) at Jacksonville Jaguars (0-2)
8:20pm ET Thursday, FOX/NFL Network (in select markets)
After smoking the Browns in Week 1, the Titans somehow fell 19-17 to the Luck-less Colts, as the Indy D took down Marcus Mariota 4 times for 35 yards. Jacksonville had a chance to win last week, but their two-point conversion with 36 seconds to play fell short. The Titans should win this battle for the AFC South cellar, which is to say they’ll win the game and lose the cellar.

Miami Dolphins (0-2) at Dallas Cowboys (2-0)
1pm ET Sunday, FOX (in select markets)
The Fish lost 43-zip to the Pats last week, and that was an improvement over their Week 1 performance. The ‘Boys lead the NFC in yards, yards per play, fewest turnovers, passing yards… you get the idea. Who do you think will win this Super Bowl VI rematch?

Denver Broncos (0-2) at Green Bay Packers (2-0)
1pm ET Sunday, FOX (in select markets)
Denver fell short of their first win of the season when the Bears hit a last-second field goal in Week 2. The Pack won an ugly, joyless game to open the 2019 season and then won the following week despite failing to score in the second half. Even Aaron Rogers should be able to beat Denver.

Oakland Raiders (1-1) at Minnesota Vikings (1-1)
1pm ET Sunday, FOX (in select markets)
The Raiders last week scored 10 unanswered points in the first quarter against KC, allowed 28 unanswered points in the second quarter, and then both teams failed to score in a lifeless second half. Minnesota’s Kirk Cousins if off to a grim start, but third-year running back Dalvin Cook has carried the load with 265 yards, 3 TDs and a long run of 75 yards, all of which are league highs. Oakland has one of the best run defenses so far (and one of the worst pass defenses); could be a fun match up.

Detroit Lions (1-0-1) at Philadelphia Eagles (1-1)
1pm ET Sunday, FOX (in select markets)
Rarely has an undefeated team been as uninspiring as the Lions, who played to a 27-all tie in Week 1 and then won 13-10 in Week 2. QB Matthew Stafford has been solid, but he’s getting no help from the running game, which is averaging just 3.5 ypc. The Eagles lost The Battle of the Birds last week thanks to a 54-yard TD pass from Matt Ryan to Julio Jones late in the 4th quarter. The Eagles’ pass defense has surrendered 680 yards and 6 TDs, both tops in the NFC, but also has 3 picks.

Carolina Panthers (0-2) at Arizona Cardinals (0-1-1)
4pm ET Sunday, FOX (in select markets)
Cam Newton is off to a rough start as his completion percentage is down to 56.2% and he’s gained -2 yards on the ground, but we come to find out that he’s got an owie in his foot and will be out for a spell. The Panthers’ two other QBs, Kyle Allen and Will Grier have combined for 31 passes in their careers — best of luck, fellas! Kyler Murray is experiencing some growing pains with the Cards, having been sacked 8 times over two games, though he somehow leads the league in attempts and is 4th in yards. Larry Fitzgerald is doing his part, having caught passes for more than 100 yards in each game.

New York Giants (0-2) at Tampa Bay Buccaneers (1-1)
4pm ET Sunday, FOX (in select markets)
Could this finally be the end of the line for Eli Manning? It is! In a New York Post Twitter poll, out of more than 3,000 respondents, 64% want rookie Daniel Jones to get the nod this week. At 38, Manning is even less mobile than ever and the team is 0-2 — why would you not give Jones the start? The Giants’ braintrust agrees, having named Jones the starter for this week. Speaking of dead weight, the Bucs’ Jameis Winston has 2 TDs, 3 picks and has been sacked 6 times.

Sunday, September 22, at 8:20pm ET on NBC
Los Angeles Rams (2-0) at Cleveland Browns (1-1)
8:20pm ET Sunday, NBC (in select markets)
The Rams last week dominated the Saints, who were without Drew Brees for most of the game after the future Hall-of-Famer injured his thumb on his throwing hand. LA is playing well on both sides of the ball and are likely headed back to the postseason. The Browns, on the other hand, remain a work in progress: They were humiliated in Week 1, then rebounded (albeit against the Jets) to win 23-3, thanks to a big day from Odell Beckham Jr, who hauled in 6 passes for 161 yards and a touchdown — two of those receptions were bonkers. This could be a great game.

Chicago Bears (1-1) at Washington Redskins (0-2)
8:15pm ET Monday, ESPN
Washington’s defense is giving up 31.5 points and 455 yards per game, including 163 on the ground. The Bears’ D remains stalwart, the offense anemic. Mitch Trubisky is bottom 5 in both passer rating and QBR, while RB Nick Chubb has yet to get his motor running; maybe he can get back on track against Washington.