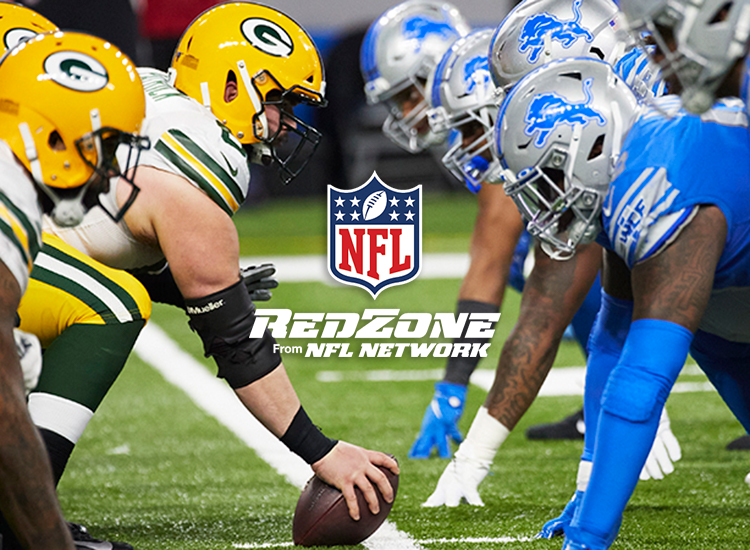 Like Chiefs running back Clyde Edwards-Helaire, the NFL season is off and running.

The opening week of an NFL season unlike any other featured a little bit of everything, from fantastic finishes to unbelievable upsets to MVPs doing MVP-type things. And like Week 1, NFL RedZone From NFL Network also features a dash of everything (except commercials) across the Sunday afternoon games. The premise of the channel is genius: Just show fans the good stuff. NFL RedZone will cut to whichever game/s that have a team in the red zone — the 20-yard-line or closer — so viewers get to see, “Every touchdown from every game” (and yes, that includes big play touchdowns longer than 20-yards). Hosted by an infectiously enthusiastic Scott Hanson, NFL RedZone is the best way to watch NFL football, outside of a seat in the stadium (and this year, it may have that beat as well).

To help get you ready for Sunday’s action, we’re picking out a few of the bigger games to look out for on NFL RedZone this Sunday, along with the full Week 2 schedule.

Both of these teams entered the 2020 season with playoff expectations and both exited Week 1 deeply chastened. The Vikings pulled off a shocker to beat the Saints in the Wild Card round last year, but after trading star wideout Stefon Diggs to Buffalo in the offseason, they looked flat for most of the game against the Packers. And thanks to the addition of former Chargers QB Philip Rivers, the Colts were a trendy sleeper pick in the preseason, but the 38-year-old father of nine tossed two bad picks in his debut with Indy, as the Colts were stunned by the Jaguars. Both teams are desperate to get their first win, and with the over/under line currently at 48 points, expect to see plenty of highlights from this one during the early window on NFL RedZone.

How about that Washington Football Team! After an offseason rocked by scandal, the logo-less Washington squad fought back from a 17-0 hole against their division rival Eagles to pull off the most stunning upset of the week. Not only that, but the team’s top draft pick — pass rusher Chase Young, who the team selected second overall — looked “as advertised” according to his teammate Ryan Kerrigan. Young finished with 1.5 sacks, four tackles, and a forced fumble in his NFL debut.

Speaking of promising young talent, last year’s No. 1 pick, Cardinals QB Kyler Murray, shot up the QB Power Rankings thanks to an impressive performance in his team’s 24-20 road win over the 49ers. Murray rushed for 91 yards on 13 carries and completed 65 percent of his passes, including 14 to his new wide receiver DeAndre Hopkins. We’ll see how this season plays out but his Week 1 performance — especially on this slippery 22-yard TD run — suggests he could soon join Lamar Jackson and Russell Wilson in the pantheon of elite dual-threat quarterbacks.

To this writer, the Ravens delivered the most well-rounded performance of Week 1. Lamar Jackson picked up right where his 2019 MVP season left off, completing 20-of-25 passes for 275 yards, 3 touchdowns, and a nearly perfect passer rating of 152.1. But the Ravens defense might have been more impressive, as they held a Browns team loaded with playmakers to just 6 points while forcing three turnovers.

Facing the defending Super Bowl champs on the road, Texans were in a tough spot in Week 1, and they go from a rock to a hard place in Week 2. For his part, Deshaun Watson looked solid, as he spread around the ball to one of the deepest receiving corps in the league. But if Houston gets shellacked like they did last year in the team’s 41-7 loss to Baltimore, they could be hurting for confidence moving forward.

To get NFL RedZone on Sling, subscribe to Sling Blue + Sports Extra by following the link below!