The Milwaukee Bucks got their mojo back, rebounding from a loss to the Celtics by ripping off three straight wins over the Magic, Raptors and Timberwolves by an average of 23.3 points. Defending NBA MVP Giannis Antetokounmpo averaged 33-15-7 over the stretch. Now the bad news: Steph Curry had surgery on his hand and could be out until the All Star break, as the Dubs’ season has now been downgraded from “Challenging” to “Lost.” Maybe the kids can learn to play in his absence and he can come back fully rested to lead them to a playoff run. Maybe.

Here’s a very early look at how this season is shaping up.

MVP: Giannis Antetokounmpo, Milwaukee Bucks – It’s hard to argue with 26.7-13.8-7.7 along with top-flight defense. KAT may still lead the league in PER, but you don’t take home the hardware by missing 2 of your team’s first 6 games with a suspension.

NBA Finals: We’re sticking with the Clips over the Sixers, 4 games to 2, until someone gives us a reason not to.

1st Draft Pick: The Memphis Grizzlies have the third-worst record, the worst point differential, their one win was a 134-133 nail-biter over the Nets, they’re shooting 28.8% from 3… they’re just dreadful.

Wednesday, Nov. 6
Golden State Warriors (2-5) vs. Houston Rockets (4-3)
7:30pm ET on ESPN
The Warriors overcame the absence of Steph Curry to win a big one, topping the Blazers 127-118 behind a 34-point, 13-rebound effort from rookie Eric Paschall. Curry will be out for a couple more months as he recovers from surgery on his broken hand. The Rockets rebounded from an ugly loss to Miami with a 107-100 road win over the Grizzlies, despite shooting 36.7% from the floor. James Harden led the way with a 44-10-6 night, while Russell Westbrook had the night off.

Milwaukee Bucks (5-2) vs. Los Angeles Clippers (5-2)
10pm ET on ESPN
The Bucks exploited the absence of Karl-Anthony Towns, who was serving the second half of his two-game suspension, to crush the T’wolves, 134-106, outscoring them in all four quarters. Giannis Antetokounmpo recorded his 7th straight double-double with 34-15. Kawhi Leonard dropped 18 of his 30 points in the 4th quarter of the Clippers’ 105-94 win over the Jazz on Sunday. The effort pushed his scoring average to 29.3, good for 4th in the league.

Thursday, Nov. 7
Boston Celtics (4-1) vs. Charlotte Hornets (3-3)
8pm ET on TNT
The Celtics enjoyed a 104-102 victory over old friend Marcus Morris and the Knicks on Sunday, as Jayson Tatum sealed the win with a 21-footer with a second left on the clock. The game marked Kemba Walker’s third straight 30+ effort. The Hornets overcame a 3-point deficit heading into the 4th quarter against Golden State, outscoring them 25-16 in the final frame for a 93-87 win on Saturday. It was the first time this season that center Cody Zeller failed to record a double-double, as he fell 2 boards short. Walker prevails in this awkward reunion.

Portland Trailblazers (3-4) vs. Los Angeles Clippers (5-2)
10:30pm ET on TNT
Damian Lillard led all scorers with 39 points on 15-of-26 shooting and Hassan Whiteside chipped in with 22-11, but it wasn’t enough as the Blazers fell to the Curry-less Warriors, 127-118. The Clips are surviving Paul George’s absence, but are eager for his return in a week or two, as Kawhi can only carry the load for so long.

Friday, Nov. 8
Cleveland Cavaliers (2-4) vs. Washington Wizards (2-4)
7pm ET on ESPN
The Cavs got whacked Sunday night by the Mavs, 131-111, as Dallas’ Luca Doncic dropped a triple-double, going 29-14-15. With Cleveland in shambles, Kevin Love is again putting up the kind of numbers — averaging 19-15 — that made him famous in Minnesota, but, again, they are to no avail. The Wizards on Monday overcame another 20-rebound from Andre Drummond effort to defeat the Pistons 115-99, as the won the turnover battle 19-11. 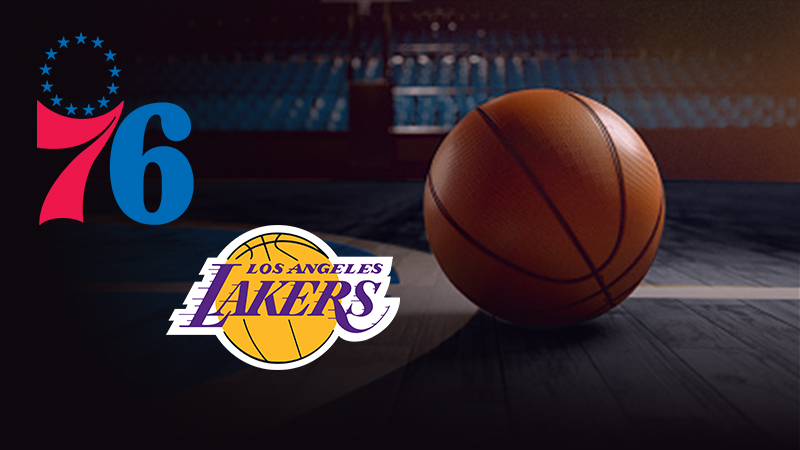