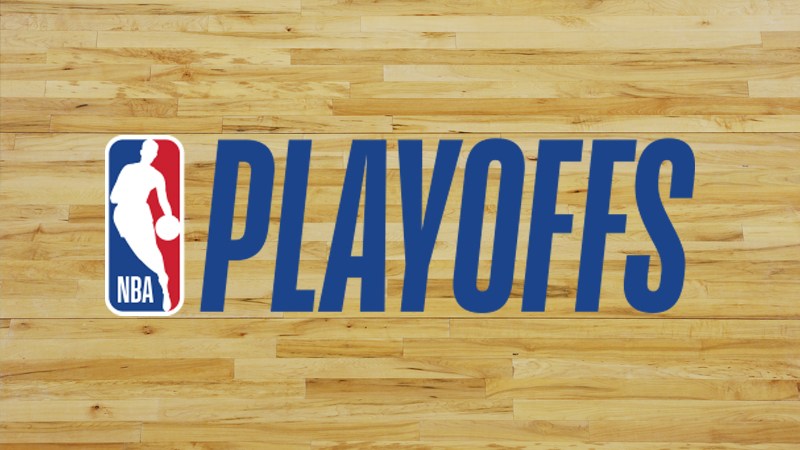 Who needs Kevin Durant? Not the Golden State Warriors*. At least that’s how things appeared for one week in May, as the Dubs smoked the Portland Trail Blazers 4-0 to move on to their fifth consecutive NBA FInals.

Durant limped off the court near the end of the 3rd quarter of Game 5 against the Houston Rockets in the conference semis, leading folks to wonder if the Warriors’ underbelly had been sufficiently exposed to allow the Rockets to finally best the Warriors. Steph Curry can only laugh at such people. In the five games since Durant’s exit, Curry has averaged 36-8-7, including going 37-13-11 in Game 4 to sweep away Portland.

But Draymond Green is the Warrior who has quietly — for once — stepped up in the Conference Finals. Green averaged 17-12-9 in four games against Portland (14-10-8 overall in the playoffs), after contributing just 7-7-7 during the regular season. When Green supplies that kind of offense to go along with his 5-time All-Defensive team effort on the other side of the ball, he is a force.

Green acknowledged following the Warriors’ Game 3 victory that he’d made a conscious decision to focus more on the game at hand, rather than letting his legendary temper get the best of him. “I realized I had gotten to a point where I was doing more crying than playing. I’m sure it was disgusting to watch, because I felt disgusting playing that way.”

Green was famously suspended for Game 5 in the 2016 Finals against Cleveland after punching LeBron in the junk in the previous game. The Warriors would lose Game 5, opening the door for the Cavs to take the last three games of the series and the title. Green’s been pretty well behaved this year, however, as he hasn’t been called for a T since Game 1 against the Rockets, a span of 9 games.

Thanks to a combination of tenacity and size, Green is one of the league’s premier defenders. As such, he’s typically tasked with guarding the opposing team’s best offensive player, in this case Kawhi Leonard. Leonard has been up to his typically postseason antics, going 31-9-4 over 18 games, while playing lockdown defense. In 6 games of the Eastern Conference finals between the Raptors and the Bucks, Giannis Antetokounmpo managed to score just 23 points a game on 44.8% shooting, this after averaging 28 ppg on 57.8% shooting during the regular season.

Will Green be able to handle Leonard in these finals? It’s hard to say. The Raptors needed OT to beat the Warriors by 3, but both Green and Curry were out. Two weeks later the Raptors fell by 20 to the Warriors in Golden State with Leonard out of action for that game.

Since the Warriors rise to the top of the NBA world, they twice faced a Leonard-led San Antonio Spurs team in the playoffs, winning 8 of 9 games — but Leonard only appeared in one of those matchups, a 2-point loss in the 2017 Western Conference Finals. During the regular season over that same span, the Draymond Warriors have gone 5-4 against the Kawhi Spurs.

With Leonard, the Raptors definitely have a puncher’s chance; without him, they’d be cooked. Given that Leonard is healthy and firing on all pistons, this year’s Finals will come down to how well Green can 1) contain Leonard and 2) contain his own emotions. Thus far, Green has been T’ed up 4 times during the playoff, and the suspensions don’t start rolling in until #7, so he’s got some wiggle room. But if the same saltiness that gets the refs’ attention is what distracts him from performing at his best, it would be wise not to use it up.

The Warriors are hopeful that Durant will be able to suit up at some point during the finals, but it appears unlikely he’ll be ready for Game 1, in which case they will need Green more than ever. Or at least more than since the 2016 finals.

*Can we please dispense with the nonsensical notion that the Warriors are better without Durant? Yes, they’ve won five in a row since Durant went down with a calf strain, but four of those wins were by a total of 11 points and one of them required OT. And those five games represent the only time in Steph Curry’s career that he has put up 30+ for five straight playoff games, while Draymond played one of the best playoff series of his career. While it’s been amazing to witness, like all great runs, it is not sustainable. And when the clock strikes midnight and Curry turns from a Greek god back into a mere hall-of-famer and Green loses his temper, the Warriors are gonna need someone to pick up the slack. It sure would be nice to have a guy like Durant around at a time like that.

Catch the Golden State Warriors vs. the Toronto Raptors in the NBA Finals starting Monday, May 27, at 8pm on ESPN3.