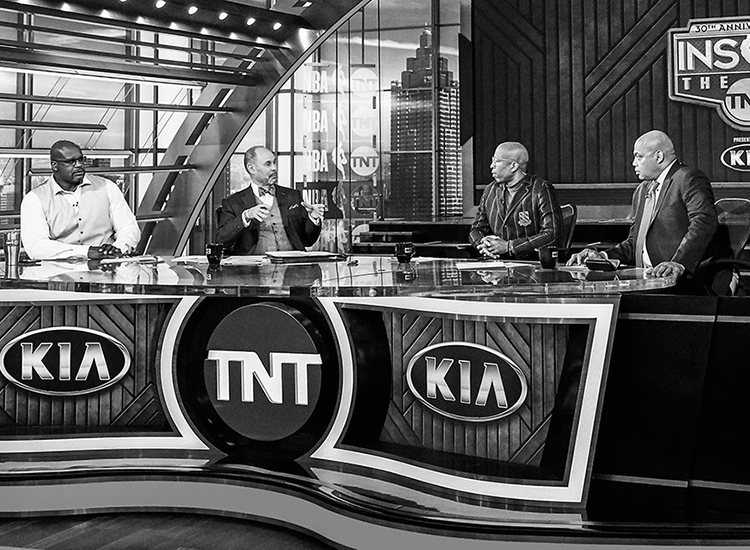 There’s a lot of news happening right now, both within the NBA and outside of it. TNT’s Emmy-winning Inside the NBA is returning tomorrow, June 4, to talk about all of it.

Ernie Johnson, Charles Barkley, Kenny Smith, and Shaquille O’Neal will reconvene for a special one-hour live edition the show. The foursome will discuss the latest developments in the league, along with an “open conversation centered on the continued social injustice towards the Black community in America,” according to a TNT press release. The crew will be joined by special guests.

The announcement comes after more than a week of unrest across America following the death of George Floyd, a black man who was killed while being detained by Minneapolis police. This afternoon, three of those former police officers were charged with aiding and abetting murder, while the charge against officer Derek Chauvin — who was filmed pressing his knee against Floyd’s neck of for over 8-minutes — was upgraded from 3rd to 2nd degree murder (he also faces manslughter charges).

The horrifying footage has sparked protests across the country, along with condemnation from current and former NBA stars like LeBron James, Michael Jordan, Karl-Anthony Towns, and Stephen Jackson, a longtime friend of Floyd’s who has helped lead peaceful protests in Minneapolis. The Inside the NBA crew has never been afraid to speak candidly on social issues, so it should be well worth hearing their thoughts on this very important topic.

In better news, the NBA’s board of governors will be meeting on Thursday to vote on a plan to resume the season, which was suspended on March 11 due to the coronavirus pandemic. According to ESPN reporter Adrian Wojranowski, sources say that the plan is for 22 teams — 13 from the Western Conference and nine from the East — to resume play in late July at the Walt Disney World Resort in Orlando, Florida. The schedule would reportedly include eight regular season games followed by a normal eight team playoff bracket in each Conference, along with a possible play-in tournament for the eighth and final playoff seed.

The NBA board of governors is expected to approve the proposal, so complete information should be available before the show airs.