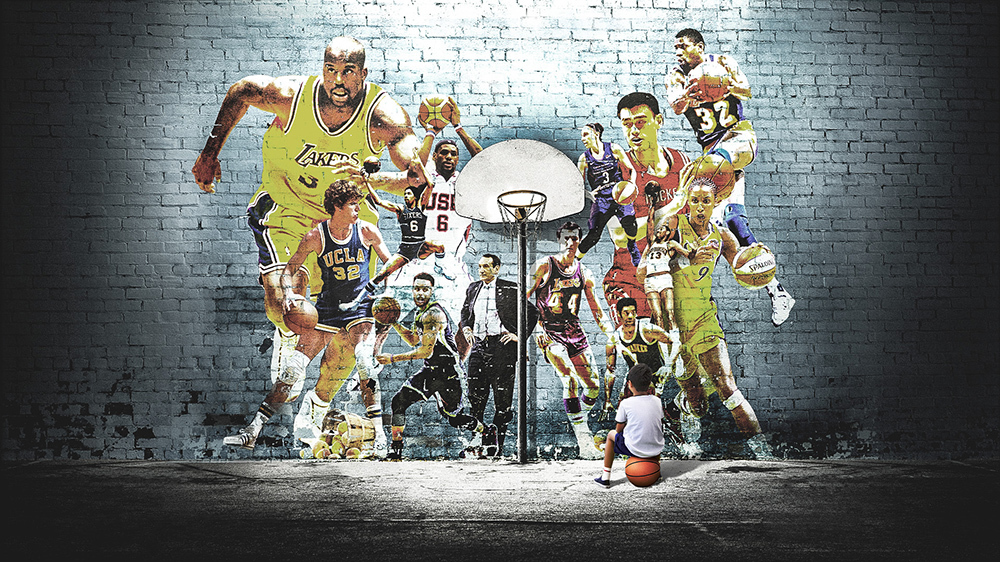 My mother fell in love with the ballet not shortly after she learned how to walk. (I swear this has something to do with basketball.) She loved the graceful art long after her favorite thing destroyed her knees and spine. But that’s the true epitome of love, right? That you care about someone or something no matter how those feelings are reciprocated. She still claims her seat at the theater, no matter how hunched over she is in it, to see the Nutcracker. Now I never garnered nearly as much enthusiasm for dance as her, but I saw the same intense passion and seemingly effortless movement in a game I love intrepidly.

The moment I remember that feeling came is when I saw Allen Iverson single handedly beat one of the greatest Lakers teams of all time in the 2001 NBA Finals. When he stepped over Tyronn Lue, I knew I was in love with a game. I was born in raised in Denver Colorado. Not exactly basketball Mecca. But Iverson coming to team with Carmelo Anthony was everything. Winning the Northwest Division is my idea of winning a championship. That hasn’t wavered my affinity at all. Those emotions stirred all over again when I watched easily the best sports documentary of 2018. Watching all 20 hours of ESPN’s Basketball: A Love Story reminded me of why I fell in love with this game in the first place and I surprised me on how much I didn’t know.

This documentary is set up similarly to Ken Burn’s phenomenal documentary Baseball, but somehow seems more in depth. Directed by Peabody Award-winning director Dan Klores, this documentary is split into 60 short stories spanning across everything from the origin of the American Basketball Association (ABA) to Latrell Sprewell infamously choking his head coach (which should probably have a more in depth 30 for 30 episode.)

The sheer history covered in this documentary is only achieved by the impressive number of interviews. Just to name a short few Oscar Robertson, Bill Russell, Magic Johnson, Larry Bird, Kobe Bryant, Diana Taurasi, Kevin Durant and LeBron James all contributed. The only glaring omission is the greatest player ever in Michael Jordan although his story is covered extensively. The thoroughness of this documentary is its greatest strength.

The college game, the WNBA, the early days of basketball when it was struggling to gain prominence in American culture went through a gambling crisis, is all covered. Narrators like Chadwick Boseman and Ahmad Rashad bring us stories like the summer of ’57 when Bill Russell and Wilt Chamberlin were rivals dominating the league. They make stops talking about the ABA where attendance was so poor they’d do anything at half time shows including a guy wrestling a bear on the court, to players competing cow milking contests, to the creation of the first slam dunk contest. (Which Julius Erving dominated by the way.) This documentary goes all the way to LeBron joining the league to the transition from the Lakers and Spurs dynasties to the current one in Golden State.

What this documentary does best though is delve into the history of race in America and how it has affected every facet of the game. The winningest player of all-time, Russell was the only African American on the court in the 1957 Finals. He fought extreme prejudice to build the Celtics dynasty. In 1968, many boycotted the Olympic summer games because of racism. After they competed and won the gold, they came back home and were greeted as heroes. Basketball’s greatest attribute has always been making this country better.

The zeitgeist of this love story is between two men who became brothers. It happened in a city long forgotten by the NBA. It started with the Cincinnati dynasty that never was. In the 1958 season, Oscar Robertson was dominating with one of the best rebounders ever in power forward Maurice Stokes. In a game against the Minnesota Lakers, Stokes landed on his head and passed out only to be awakened by smelling salts. He finished the game and played into the next but on a team flight home went into a comma. When he awoke from his comma with more smelling salts, the future hall of famer was completely paralyzed.

With today’s hospital protocol, it is thought Stokes could have kept playing. Instead Stokes and Jack Twyman, a teammate he fought relentlessly on the court with, became unlikely friends and ultimately brothers. Twyman helped him with debilitation and set up an annual charity basketball game to cover medical bills. Many NBA greats including Chamberlin played in those games and they saw what happened to Stokes could easily happen to them. In turn, a group of players threatened to boycott the first televised All-Star game in 1964 unless they were recognized by the player’s union. The players were recognized, and they received pension. Stokes died at age 36 but his legacy lasted well beyond his career, giving players the chance of much more beyond basketball.

That’s what makes this sport beautiful. So many men and women sacrificed no matter the divides and circumstances to bring this game to the masses. The graceful movement in basketball will rival any dance or art form because of the way it brings people together. Whether it’s in a palace or on the playground. This documentary is one of the best in sports period because of its ability to elicit that passion and enthusiasm for this game. I love you basketball.

Watch all 62 episodes of Basketball: A Love Story on demand by scrolling to the ESPN channel in your Guide.