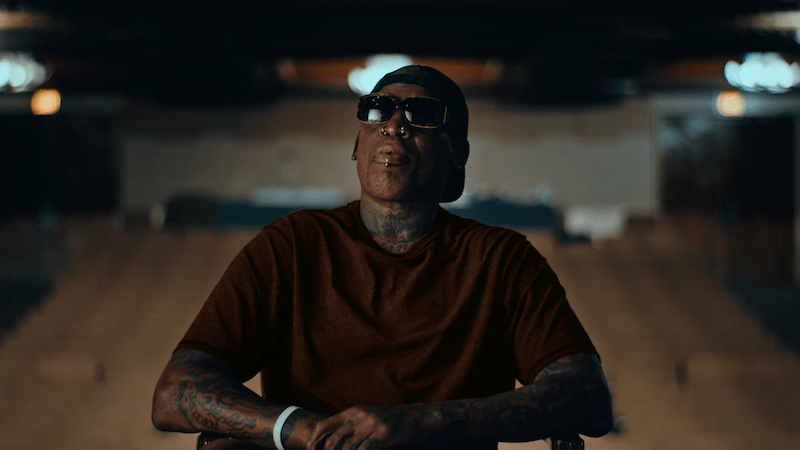 Dennis Rodman is the lede. He’s the nut graph, body and conclusion. He needs no introduction. But though you may feel there’s nothing left to learn about him, that would be a mischaracterization of one of the most interesting men in the world. He puts the Dos Equis guy to shame. Thankfully, ESPN’s latest ’30 for 30′ documentary, Rodman: For Better or Worse has captured a more complete story of this tragic man who’d give Othello and Hamlet a run for their money. There’s more to this intensely burning star who didn’t start seriously playing basketball after high school, when he grew 11 inches in a year and was more painfully shy than any wedding dress or leopard-print hair would ever suggest. The question presented here is if this star will burn into a beautiful supernova or fade away into oblivion with wasted energy and potential. The choice is Dennis Rodman’s alone.

Antonio Brown isn’t doing anything new by spurning the Steelers and Raiders for the Patriots. Rodman could practically teach a masterclass on how to be a disgruntled-but-incredibly-gifted athlete and spurn everybody around them for personal gain. But just like Brown, we need to look deeper to understand Rodman beyond the universal perception of an egotistical phenom doing anything for attention.

You have to understand that he finally found a father figure in Detroit head coach Chuck Daly, and a support system as part of the Pistons who gave him unconditional love for the first time in his life. Rodman could finally push back as one of the “Bad Boys” and not be the one getting bullied for once. Once the reign of arguably the most physical championship team in NBA history came to an end, that structure came to an end leaving him parked in front of The Palace in Auburn Hills with his shoe and sock off and a rifle pointed toward his head. Fortunately, Rodman just fell asleep that night but it became clear for the shy kid from a incredibly tough upbringing in Dallas that the old Dennis Rodman had to die to make a path for a new man. For better or worse.

And that is not even the the most interesting dichotomy of Rodman’s life. Throughout the documentary, Rodman oscillates between first and third person as he tells his own story, and the drastic contrast between the two personas is heartbreaking. In 2011, Rodman was inducted in the National Basketball Hall of Fame. He reverted back to his shy self and kept asking one of his mentors, Phil Jackson, to speak for him. But the humanity came out of Dennis after more than two decades of living a harrowing party lifestyle. In the first person, he lamented that he should have been a better father. Throughout the documentary, Rodman is sitting in an empty theater often referring to himself in the third person. He asks the audience at the end of the film, “What’s the good in Dennis Rodman now?”

The better in Dennis Rodman lies in the first person. The guy who hustles, who works hard for the love of the game and cries in an overly-masculine sports culture when he wins awards and honors he doesn’t feel like he deserves. He’s the guy who recognizes the time he’s lost with his children and his mother and longs to repair those relationships before it’s too late. The worse lies in the man who drinks because he’s bored and doesn’t know what else to do. He’s the person who can flippantly tells a North Korean dictator that he loves him but can’t express love for his own children.

The ’30 for 30′ series continues to set the standard because it’s never content to simply recount and make a singular characterization on a subject. You don’t have to like Rodman here; as a matter of fact, he makes it incredibly difficult to do so. But Rodman is much like the American culture that made him one of the most recognizable faces not just in the sports world but the world, full stop (recall that the biggest blockbuster of 1997, Men in Black, ended with a Dennis Rodman joke). The successes pile up despite the all-consuming flames threatening to burn everything down, but there is always hope for the opportunity to do better.

The best part is that this story isn’t over. There’s still redemption waiting for this incredibly flawed but transcendent and utterly fascinating man. You don’t know Dennis Rodman. This documentary is here to change that. For the better.

Watch Rodman: Better or Worse Tuesday at 9pm ET and available later on demand on ESPN.