It’s official: The Last Dance is a slam dunk.

The 10-part documentary series about Michael Jordan’s final season with the Chicago Bulls premiered last Sunday and it’s been a huge ratings success for ESPN. That part wasn’t a big surprise, given that it premiered in a sports-deprived, locked-down world and focuses on arguably the most famous living athlete on the planet.

The question was whether or not it would actually be good; with a perfect 100% rating on Rotten Tomatoes, it’s safe to say that even MJ’s haters are falling for the documentary. Director Jason Hehir has done a masterful job of stitching together unseen footage from the season with new interviews that provide insight into the events as they happened. And although the focus is on the Bulls’ 97-98 campaign, its unique structure flashes back to provide insight into the entirety of Jordan’s iconic career, as well as those of teammates like Scottie Pippen and Dennis Rodman.

Those two figure to have significant parts in episodes 3 and 4, which premiere back-to-back this Sunday at 9pm ET. Here’s what we’re most looking forward to in those episodes:

Although younger generations may know him more from pop culture (or even as a de facto ambassador to North Korea) than the hardcourt, Dennis Rodman is one of the most influential figures in the history of the NBA. He was one of the first players to fully embrace body art and his disinhibited personality gave the Bulls a sense of anything-goes excitement, especially when contrasted with Jordan’s cold-blooded professionalism. It should be fascinating to finally hear what MJ has to say about his often impulsive but always impressive teammate.

Bad Boys: What You Gonna Do?

Calling the modern NBA soft is basically the basketball equivalent of an old man yelling about kids on his lawn. But seriously: It’s nothing short of astonishing to look back at the physical style of play favored by teams like the New York Knicks and especially the Detroit Pistons. Accurately dubbed “The Bad Boys,” the Pistons’ teams of the ‘80s and ‘90s had some epic clashes with Jordan’s Bulls. And by clashes we mean “physically assaulted Jordan in full view of the refs.” At times it might have looked more like wrestling than basketball, but hey, at least they were able to stop him.

“I’m not gonna f**k my summer up.” That was Scottie Pippen in episode 2 of The Last Dance explaining why he chose to delay his foot surgery until the beginning of the season. Free of context, the quote comes off as incredibly selfish but the episode did an excellent job explaining why Pippen was so frustrated with the Bulls in general and GM Jerry Krause in particular. Scottie was one of the most underpaid athletes in the NBA, a Hall of Fame player with the salary of a journeyman vet. As Bulls owner Jerry Reinsdorf coldly put it, Pippen is the one who signed his own bad contract, but it’s also apparent that the Bulls weren’t at all interested in paying him what he was worth. During the 97-98 season, the drama was frustrating for both Pippen and the fans; today, it makes for delicious documentary television.

Watch episodes 3 and 4 of The Last Dance back-to-back beginning at 9pm ET on Sunday, April 24. Episodes 1 and 2 will air on ESPN immediately before; you can also catch up with Sling On Demand. 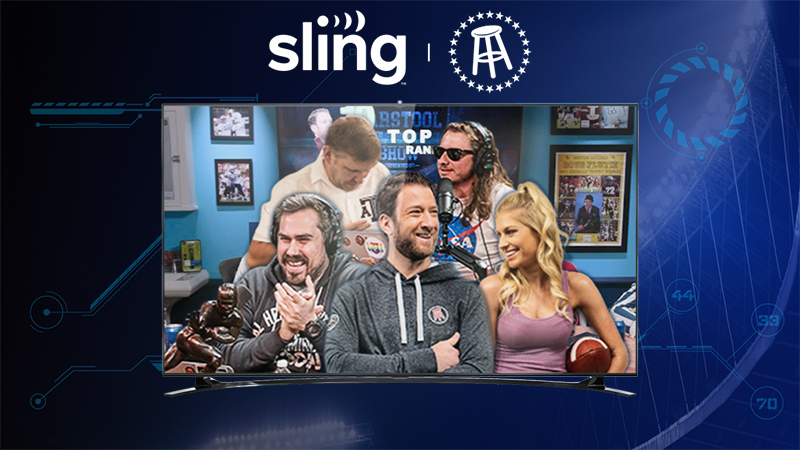 The Barstool Sports Channel Launches on Sling TV: What to Know