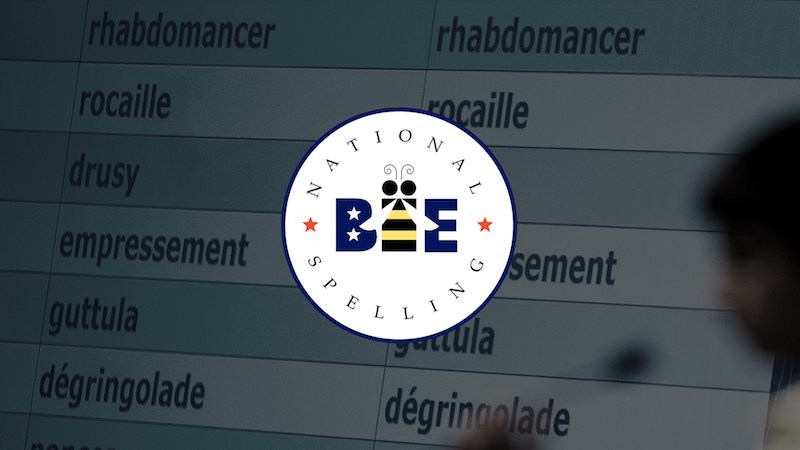 Whether you’re feeling elegiacal or have more of a pococurante attitude toward how much of the NBA and NHL playoffs you’ve taken in this year, allow us to play spoliator to your eyeballs and suggest an alternative.

The 92nd rendition of the Scripps National Spelling Bee has come a long way since its beginnings in 1925. What started as a one-day competition organized by the Louisville Courier-Journal has evolved in to a four-day celebration of orthography.

Nine children participated in that first national spelling bee won by eleven-year-old Frank Neuhauser, who correctly spelled gladiolus– a flower he grew at home in Kentucky – to take home the $500 first-place prize.

This year’s edition of the competition features a new record of more than 550 spellers from all over the world, with participants from Germany, Ghana, Japan, South Korea and more joining the competition. Moreover, if you thought $500 seemed like a lot for an 11-year-old, this year’s prize for the winner includes a cool $50,000 cash and trips to New York City and Los Angeles for appearances on national talk shows.

This year marks the 25th time ESPN has covered the bee. Due to the record number of spellers participating, they have expanded coverage to include an extra day of on-stage competition. Wednesday’s coverage of the preliminaries on ESPN3 also features a play-along version, where viewers can pick one of three possible spellings for each word.

Just in case you were wondering: Succedaneum, a verb, means a substitute or replacement.