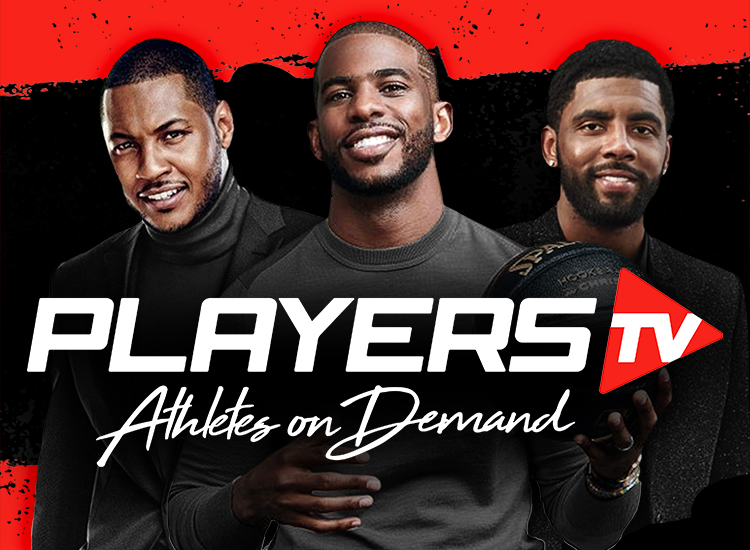 PlayersTV, a new athlete-owned and focused media venture, is launching on Sling Free today. Billed as the “first-ever athlete lifestyle TV network,” PlayersTV ventures beyond the stadiums and arenas to give fans an intimate look at the personalities and interests of the biggest stars in the world of sports.

Chris Paul, Carmelo Anthony, Kyrie Irving, Travis Kelce, DeAndre Jordan, Will Allen, and CJ McCollum are all investors in PlayersTV, which officially launched in March. By providing the athletes with an ownership stake in the platform, PlayersTV allows them to tell their own stories, in their own voices, without outside interference.

“Utilizing my name recognition to provide that platform for other creative athletes in the NFL who don’t always get the opportunity to create and express their unique individuality is what I’m most looking forward to,” Kelce told Forbes last month.

As much as anything, the programming on PlayersTV showcases the entrepreneurial drive and curiosity of these athletes, giving fans a more human look at those who regularly showcase superhuman talents in their professional lives. To give you a better idea of what to expect, here’s a look at five of the network’s signature shows.

What it’s about: “Business owners, entrepreneurs, and inventors pitch their products to the biggest names in sports to try and partner with them. Rob Gronkowski headlines a panel of athlete investors.”

When to watch: Saturdays at 8pm ET

The Mindful Life with DeAndre Jordan

What it’s about: “Follow NBA center DeAndre Jordan on his never-ending quest for clean living and mindfulness. DeAndre tries a new, crazy, bizarre, or challenging experience to enhance his way of life.”

Beyond the Arc with Danny Green

What it’s about: “NBA guard Danny Green gives fans a behind-the-scenes look at his summer in Canada, touring six of its great cities.”

When to watch: Wednesdays at 8pm ET

What it’s about: “Follow Dwyane Wade's offseason as he travels the globe for Fashion Week, visits China for his annual tour, builds his business portfolios, and prepares for his 15th season on the court.”

What it’s about: “Former NBA All-Star Baron Davis co-stars alongside Instagram personality Brandon Armstrong as eccentric versions of themselves. The comedy series follows the unorthodox life of coach Baron as he provides "mentorship" to an assortment of characters, beginning with rising social media phenom B-Dot.”

When to watch: Thursdays at 8pm ET

Follow the link below to watch PlayersTV right now on Sling Free!