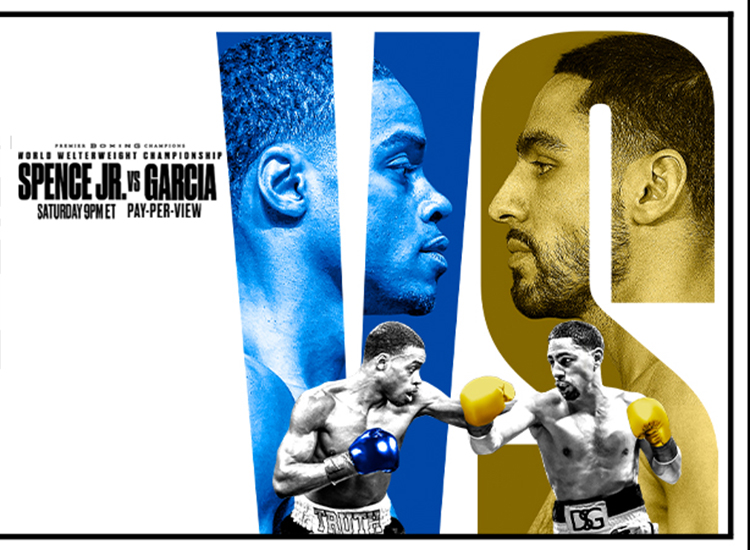 One of the most anticipated boxing matches of the year takes place this Saturday, Dec. 5, as undefeated welterweight world champion Errol “The Truth” Spence Jr. (26-0, 21 KOs) defends his titles against Danny “Swift” Garcia (36-2, 21 KOs). The fight will be available to order on PPV for $74.99 through the Sling TV app or through Sling.com with no subscription required.

To get you ready for the match, here are three things to know about the biggest welterweight fight of the year.

Where and When is the Fight?

Originally scheduled to take place in Los Angeles, Spence and Garcia will now square off at AT&T Stadium in Arlington, TX, home of the Dallas Cowboys. The action gets underway beginning at 9pm ET/ 6pm PT.

Who is the Favorite?

Spence is currently listed as a heavy favorite at the MGM Grand Sportsbook. Current odds (as of this writing) are Spence at -450 to win, with Garcia fetching +340.

Given that Spence has an undefeated record, it’s no surprise he’s the oddsmakers pick. However, the fight could be a lot closer than many expect. First off, this is the first fight for Spence since he was in a serious car accident. In Oct. 2019, the 30-year-old fighter was in a roll over accident in Dallas while driving his Ferrari, a scary moment that was captured on film. Although he didn’t sustain any major injuries, Spence received probation following a drunk driving conviction as a result of the accident.

If the fight had gone off as originally planned in January, it’s likely that Spence would have been an even bigger favorite. However, Garcia is a formidable opponent. Garcia has held belts at both 140lbs and 147lbs, his weight for the fight against Spence. And the 32-year-old has only lost two fights: A 2017 bout against Keith Thurman that was a split decision and a 2018 fight against Shawn Porter (who Spence defeated last fall before his accident), that also came down to the judges cards. So it’s very easy to imagine Garcia entering this fight undefeated. With apologies to Mike Tyson and Roy Jones Jr., this is definitely the best boxing match of the fall.

Who’s on the Undercard?

The event kicks off with a fight between former champ Julio Ceja and Eduardo Ramirez in a WBC Featherweight Title Eliminator. Next up will be Josesito “The Riverside Rocky” Lopez taking on Francisco “Chia” Santana in a 10-round welterweight fight. The last fight ahead of the main event is a Super Welterweight Title Eliminator between undefeated 22-year-old Sebastian “The Towering Inferno” Fundora and former title challenger Habib Ahmed.

To order Spence vs. Garcia on Sling Pay Per View, use the link below and scroll down to select the fight, no Sling subscription required!