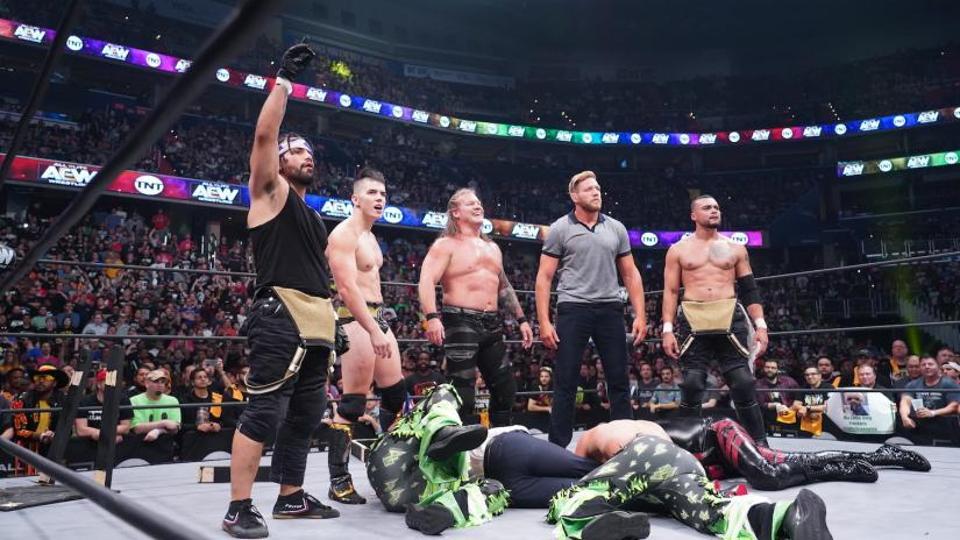 After almost 20 years, Ted Turner is finally back in the wrestling business. For years, the Turner Broadcasting namesake and patriarch has searched for a viable competitor to go toe-to-toe with the juggernaut of professional wrestling, the WWE. Turner struck gold in the mid-1990’s with the WCW, who’s flagship Monday Nitro program consistently outperformed the then-WWF’s Monday Night Raw program. However, a series of missteps, including exorbitant contracts for lesser-known performers and poor-performing Pay-Per-View events, as well as Turner Broadcasting’s merger with AOL Time Warner ultimately led to the WCW’s demise in the early 2000s.

However, Turner may have struck gold again with the upstart All Elite Wrestling. Following a string of successful Pay-Per-View events geared toward building a following, the AEW made it’s network television debut on TNT in front of a raucous crowd of more than 14,000 at the Capital One Arena in Washington, DC.

Much like it’s predecessor in WCW, AEW’s first network offering relied more on in-ring action and competition as opposed to the WWE’s convoluted storylines and cartoonish personas. This was clear right from the outset as wrestler/co-executive vice president Cody Rhodes took on newcomer Sammy Guevara in an opening match which featured Rhodes aping to the crowd and multiple acrobatic feats by Guevara.

That same energy continued throughout all the matches of the evening, including crowning the comically-undersized Riho as the promotion’s first-ever women’s champion, and Pac defeating longtime rival Hangman Page in an acrobatic match that took place outside the ring almost as much as inside.

The night culminated with a six-man tag-team melee between The Young Bucks and Kenny Omega against Santana, Ortiz and current champion Chris Jericho. Quite unpredictably, all hell broke loose after a short time, with Omega getting chased from the ring and suplexed through a plate glass table. Jericho, Santana and Ortiz eventually won the match, setting up storylines for Dynamite and future Pay-Per-View events quite nicely.

Like any live show making its’ premier though, Dynamite wasn’t without a few hiccups: Legendary ringside commentator Jim Ross uttered an expletive on air, and crowds could be heard calling wrestlers derogatory names at multiple points throughout the show.

Overall though, Dynamite delivered a fantastic debut and kicked off a new Wednesday Night War, facing off against the WWE’s NXT program.
And while current champion/heel Chris Jericho may have been the winner in the ring on the evening, we all know who the real winner was:

Who won the first night of the Wednesday Night War?

Catch the AEW on TNT  on Tuesdays at 7:30pm ET on TNT. You can also catch every match on-demand from TNT in your guide.