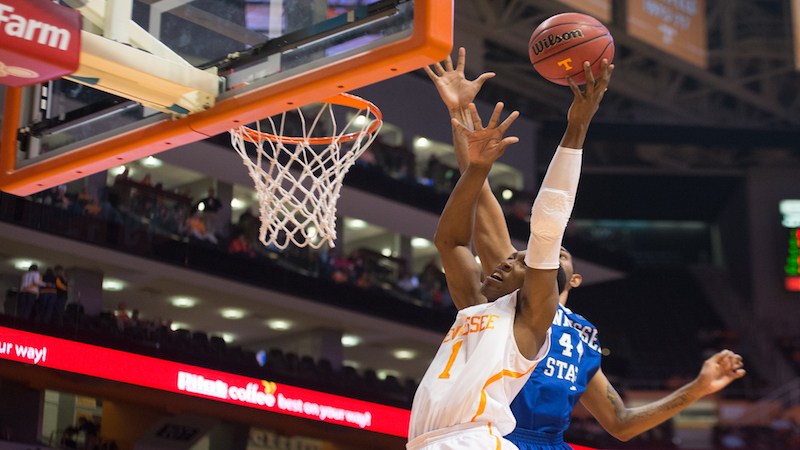 It’s March, so we’re here to help you sort through the impending Madness. The College Basketball conference championships are here and it’s the last push before teams are selected for this year’s tournament! Here are some of the best games to start:

Stay tuned for more matchups as these tournaments progress:

The Treasure Can Be Found Across the Atlantic﻿

Five teams in the Atlantic Coast Conference are in the top 20 and that’s excluding traditional powerhouses Louisville and Syracuse. You’re most likely familiar with likely number-one pick in the 2019 NBA Draft Zion Williamson and Duke. But they are not even the best team in this conference. The game at all levels has transitioned behind the three-point line, and the Blue Devils inconveniently can’t shoot the three (they’re averaging 30.6 percent on attempts). Even when Zion comes back from his knee injury after blowing out his shoe against North Carolina, he can’t help the team beyond the arc.

For their part, the Tar Heels swept Duke in the season series. To be fair, they did it with Zion mostly on the bench, but they’ve only lost two games all season. They’re getting phenomenal play out of guard Kenny Williams, projected lottery pick Nassir Little and freshman point guard Coby White, who may be a one-and-done after outplaying Duke’s five-star recruits in their final matchup this season. Duke is still the best bet to secure the number one seed if Zion returns to form, but these teams are neck and neck regardless of matchup.

But with all the talk about Zion and the Duke/UNC blood feud, to say I’ve buried the lede here would be an understatement: Virginia is the best team in the ACC and maybe in all of College Basketball. Their defense is more suffocating than that time your older sibling sat on your face to get you shut up. (Just me?) But that was the case last year, and the Cavaliers were the first number one seed ever to lose to a 16-seed in University of Maryland, Baltimore County. They’re easily deserving of a number one seed this year but will have to quickly forget last March if they are to have any shot advancing deep in this year’s tournament.

Things Aren̵#8217;t What They Used To Be

Defending champions Villanova have been flirting in and out of the top 25 all season. The #17 Kansas Jayhawks went 3-8 on the road this year, ending their streak of 14 straight Big 12 Conference men’s basketball titles, one of the most impressive achievements in the sport’s history. Shockingly, they’re not even the best team in their state this year (looking at you #15 Kansas State). Maybe most surprising of all is that the Pac-12 Conference, historically one of the best conferences in the sport, does not have one representative in the top 25.

Even though the #4 Kentucky Wildcats are 26-5 and have a legitimate chance of earning a number one seed with a SEC Tournament win, the team making the most noise in college sport’s most elite conference is #8 Tennessee. It still feels weird to type. It’s all because of the discipline and strength and conditioning of Rick Barnes. This is the man who recruited Kevin Durant and LaMarcus Aldridge to come play for some of those great Texas teams of last decade. Barnes took over for this school who is more accustomed to winning football games and won just 15 games his first season, looks like a legitimate title contender. Forget March. Every month this season has been madness.

Don’t worry. I didn’t know where the state of Murray was either. (The school is in southwest Kentucky.) This team is making waves because of their skinny but powerful sophomore point guard Ja Morant. He’s the most relevant Ja since Ja Rule. Only this time he’s the real deal and won’t disappoint you more than getting swindled out of a luxury concert vacation in the Bahamas.

Morant played well his freshman season averaging nearly 13 points per game. But he really shined with his assists averaging six a game while taking his team to the NCAA tournament for the first time in six seasons in 2018. Now he is more than doubling is scoring average and he and the Murray State Racers won the Ohio Valley Conference tournament and secured their spot in back-to-back tournaments.

Don’t get used to seeing Morant in the tournament for years to come though. He is prime for a jump to the league. That shot behind the arc will translate beautifully in today’s professional game and could land him a top 15 pick. His shot is that pretty. If you’re looking for a school that you never really paid much attention to before but could make waves in the tournament, like last year’s Final Four darling Loyola-Chicago, Murray State may just be the team to hitch Cinderella’s carriage to.