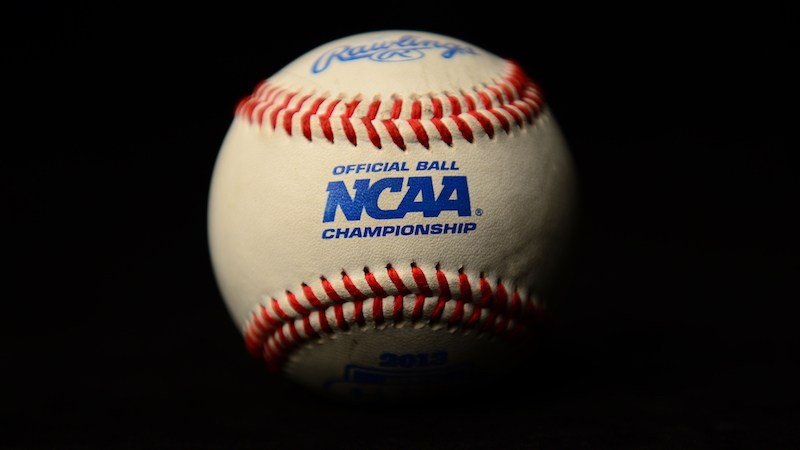 After almost a month of white-knuckle tournament-style baseball starting at campus sites around the country, the College World Series comes to a head in Omaha this week as Vanderbilt faces off against Michigan in a best-of-three series to see who takes home the NCAA crown.

On paper, the Commodores come into the series as the team to beat, boasting a .400 hitter in infielder Austin Martin, the fourth-overall pick in the Major League Baseball draft in slugging outfielder JJ Bleday and starting pitcher-turned-urban-legend Kumar Rocker.

Vandy heads to the final series following a come-from-behind 3-2 win over Louisville, thanks to timely hitting and some unintended motivation from foul-mouthed Cardinals starting pitcher Luke Smith.

Don’t count out the Wolverines, though. Making their first appearance in the CWS since 1984 (and winning a game for the first time since 1983) Michigan is getting hot at the right time. Led by first baseman (and Detroit Tigers draftee) Jimmy Kerr, they head into the final following a 15-3 thumping of a Texas Tech team that had previously swept a three-game series from the Wolverines at Lubbock back in March.

How they got here

Playing in front of a friendly crowd in Nashville, the Commodores dispatched their regional opponents handily, winning their three games by a combined score of 28-8. The Super Regionals were a different story, however. After winning the Morgantown, West Virginia regional, Duke came to town and thumped Vanderbilt 18-5, handing them their first loss in almost a month and putting the season in jeopardy.

Enter Rocker. His incredible 19 strikeout no-hitter in the second game of the series saved the Commodores’ season and set the stage for a 13-2 drubbing in the finale that sent Vanderbilt to Omaha.

On the big stage, Vanderbilt opened with a 3-1 win against Louisville, getting a late home run (his second of the game) from Martin to break things open. Their second game, a 6-3 victory over Mississippi State, wasn’t nearly as close as the score would indicate. The Commodores led throughout, getting a home run from Bleday and six innings of one-run ball from Rocker to finish off the Bulldogs.

After a lackluster finish to the regular season which saw them lose five of seven, the Wolverines journey to the College World Series started on the road. Following big wins in the first two games of the Corvallis Regional, a sloppy 11-7 loss to Creighton forced an extra game, which Michigan won in an equally sloppy 17-6 blowout to escape Oregon.

The Super Regional in Los Angeles saw Michigan split the first two games with UCLA, then took the finale 4-2 behind stellar defense and a strong start from pitcher Tommy Henry to move on to Omaha.

In Omaha, after beating Texas Tech 5-3 to earn their first CWS win in over three decades, the Wolverines needed another stellar outing from Henry to send Florida State packing with a 2-0 victory.

Michigan has proven they can hang with the big boys and can probably steal a win in the series, but the Commodores’ powerful lineup and dominant starting pitching will likely be too much for the scrappy Wolverines to overcome.

Watch every game of the 2019 NCAA College World Series on ESPN.