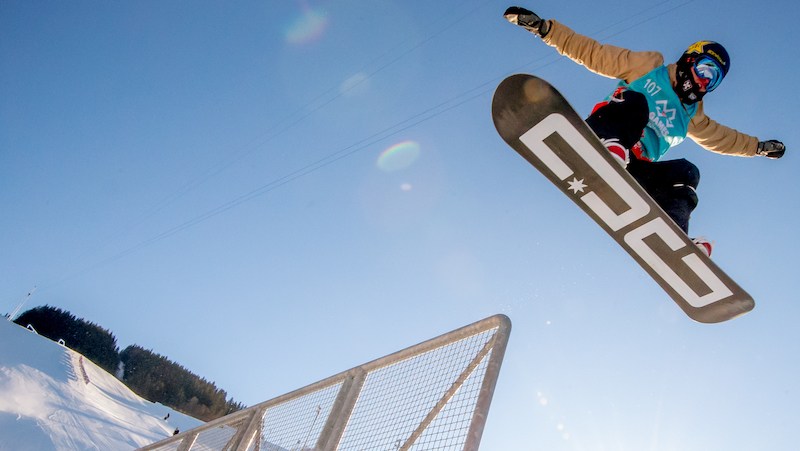 Everyone’s a winner at the X Games.

Sure, they hand out medals in the competitions and each event has a clearly defined victor. But one of the best things about action sports is that in pushing their own limits — and, by extension, those of their discipline — the athletes are ultimately competing against themselves. In this respect, we all win: Spectators, competitors, and yes, those with the hardware around their necks.

Who will step up in the Women’s Snowboard SuperPipe?

In 2018, Chloe Kim became one of the biggest stars in snowboarding (and all of sports, really), thanks to her dominant gold medal performance at the Pyeongchang Olympics. However, she was already well-known to X Games fans, having made her silver medal-winning debut as a 14-year-old in 2014.

This year, Chloe is taking a well-deserved break from competition, which leaves the Women’s Snowboard SuperPipe competition wide open. With one of the best athletes of her generation sitting out, look for competitors like Maddie Mastro and Queralt Castellet (who took silver behind Kim on the SuperPipe last year) to bring out their best tricks in hopes of claiming gold.

The Return of Max Perrot

Last January, snowboarder Max Perrot was sitting home from X Games Aspen as he underwent treatment for Hodgkin Lymphoma cancer. By August, he was standing atop the podium at X Games Norway as the Big Air champ, a victory that was rightfully judged the top X Games moment of 2019. Now back to full health, the 10-time X Games medalist will be making his highly anticipated return to Aspen with hopes of adding to his five Big Air gold medalss.

Having won 17 medals in 22 competitions, Mark McMorris is one of the most decorated (and well-rounded) snowboarders in the history of the X Games. Following his legendary Slopestyle victory at X Games Aspen in 2019, McMorris could tie Shaun White for the most-ever Winter X Games medals (18) by placing at one of his events, and surpass him with another. Given his close ties to Winter X– his brother Craig is an X Games broadcaster who will be calling the action — there will be plenty of people in Aspen rooting for him.

Last year’s Slopestyle competition at X Games Aspen was the coming-out party for then 17-year-old Zoi Sadowski-Synnott. The New Zealander made her Slopestyle debut as an injury replacement and went on to dominate the event throughout the year, claiming gold not only at X Games Aspen but at the World Championships as well. Jamie Anderson, the woman she replaced, is the most decorated Slopestyle athlete ever — male or female — setting up a fascinating clash between a highly celebrated veteran and a young athlete that many believe is snowboarding’s next big thing.

Much like the sports they encompass, the X Games are always looking to progress. This year, the games will kick off with Special Olympics Unified Skiing, a companion event to the Snowboard edition which has been taking place for the past five years. It’s a great way to kick off the games; be sure to catch it through the X Games’ extensive coverage on social media.

The other new events place an emphasis on style and creativity. Ski Knuckle Huck compliments last year’s new event, Snowboard Knuckle Huck, in which competitors use the “knuckle” of the run — rather than the jump — for their tricks. Similarly, the Snowboard SuperPipe Session gives riders the opportunity to showcase their overall style, rather than going all out for one big trick. And the Snowboard Rail Jam allows competitors to showcase more of a street-style by spotlighting a feature that often becomes and afterthought in slopestyle competitions. It’s an event so appealing, Craig McMorris had to come out of the booth to enter the competition. We’ll see how he fairs against snowboarding superstars like Rene Rinnekangas and Sven Thorgren.

Be sure to watch the X Games Aspen Jan. 23-26 through the ESPN family of networks and social channels.