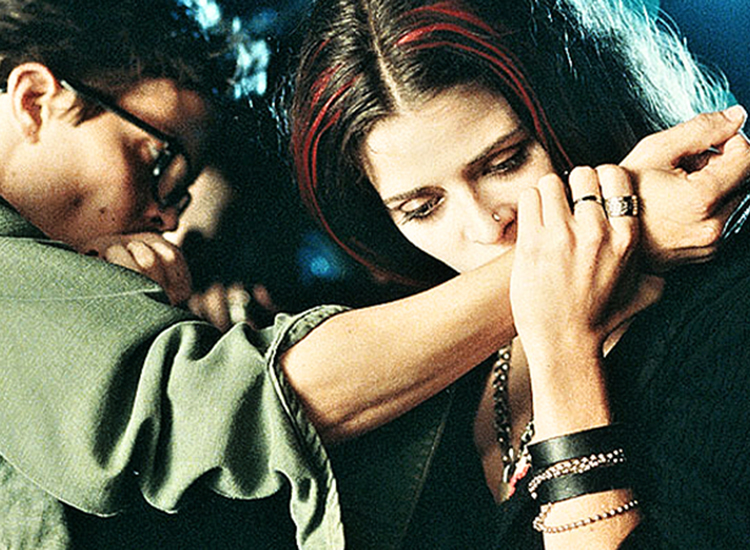 Vampire movies are as old as cinema itself. Nosferatu, released in 1922, is considered a landmark movie for reasons that go far beyond its chilling title character, but vampires were entering the film landscape as early as 1913’s The Vampire. And beginning with Universal’s precedent-stamping Dracula in 1931, Bram Stoker’s famous bloodsucker has been portrayed on film over 170 times, more than any other character outside of Sherlock Holmes.
Thus, in an ironic twist, vampire films are one of the major arteries of Hollywood storytelling. Over a century of movies have put vampires in almost every scenario imaginable. Why? Our appetite for the undead is seemingly insatiable. Like vampires themselves, we can’t help ourselves, it’s part of our nature.

After a while, you become numb to the standard vampire fare: You need something more exotic, something battier. You need that guano. Lucky for you, with hundreds of movies and shows, Sling Free has that crazy vampire content you crave. Here’s a taste; drink up!

Synopsis: “When corpses drained of blood begin to show up in a European village, vampirism is suspected to be responsible. Policeman Karl Brettschneider doubts the existence of vampires, but Dr. Otto von Niemann argues to the contrary. Fingers point at the village idiot, Herman Gleib, but after local vigilantes get him out of the picture, the killings continue. Brettschneider tries to keep a cool head as he searches for possibly supernatural answers.

Synopsis: “Two New Orleans detectives become embroiled in a centuries-long feud between two secretive factions of vampires while investigating a runaway child's case. Torn between their everyday lives and the dangerous lure of immortality, the detectives must race to destroy the evil Moldero clan.”

Synopsis: Based on the true story of the murder of a girl's parents in Eustis, FL, five teens in a vampire cult on the run are captured by police in New Orleans, LA and tell their tale of how they got there.

Synopsis: “When the Defense Secretary hears of a woman effortlessly killing two robbers despite multiple gunshot wounds, he dispatches an FBI Agent to track the killer down in hopes of enlisting her as a potential super-agent. The agent's quest turns perilous when he discovers he is tracking a vampire, but not just any vampire - the carnal and carnivorous Vampire Mistress. Empress Vampire is an erotically charged, lethal journey into darkness - the darkness of human greed, the darkness of ancient evil and the darkness of the perversion of Vampire Mistress.”

Synopsis: “Deep in the rural English countryside, two tempting daughters of Erebus, the woeful wraith-like phantoms Fran and Miriam, prey on the innocent and the foolishly brave to tread alone.”