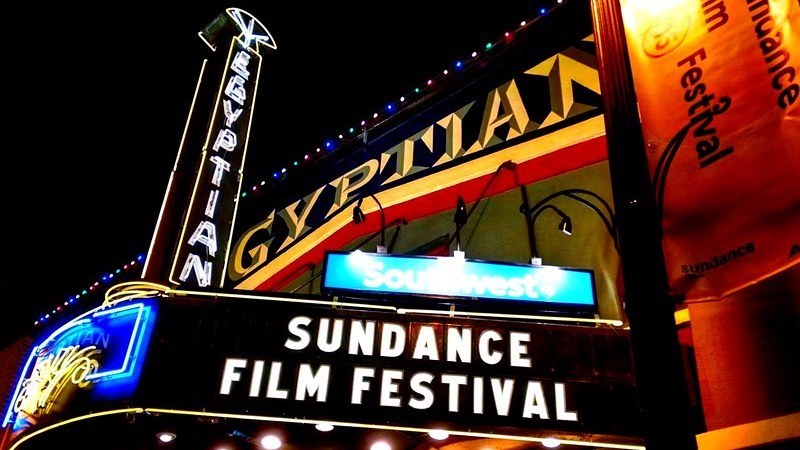 This year’s Sundance Film Festival opens in Park City, Utah, on Thursday, January 23, with a slate of movies directed by and starring people you have never heard of; however, a handful of them will likely be household names in a decade or so. Since 1984, Sundance has helped launch the careers of some of the world’s most talented filmmakers on both sides of the camera, actors and directors who have made the transition from nobody to indie darling to Hollywood star. And there’s no shortage of past winners to watch here on Sling.

sex, lies and videotape (1989)
Audience Award for Drama
On-demand
The movie that put Steven Soderbergh on the map, sex, lies and videotape stars James Spader as a man with an unusual hobby: videotaping interviews of women about the most intimate details of their lives. Shortly after arriving in town, his hobby starts to disrupt the lives of those around him. The film would also win the Palm d’Or at Cannes and earn Soderbergh an Oscar nomination for Best Original Screenplay.

Pi (1998)
Directing Award for Drama for Darren Aronofsky
EPIX Drive-In
Aronofksy’s feature-film debut stars Sean Gullette as Max Cohen, a mathematical genius obsessed with the game Go and a 216-number sequence that he believes could unlock the secrets of the universe. Meanwhile, some shady characters believe it could unlock the secrets of the stock market. A heady, intense film, Pi heralded the arrival of one of film’s most divisive auteurs.

The Squid and the Whale (2005)
Directing Award for Drama for Noah Baumbach
On-demand
A painfully biting comedy from writer-director Baumbach, The Squid and the Whale features an incredible cast that includes Jesse Eisenberg as a teen whose parents, played by Jeff Daniels and Laura Linney, are going through an ugly divorce. The film would be nominated for the Oscar for Best Original Screenplay; Baumbach would go on to write and direct this year’s highly acclaimed Marriage Story.

Winter’s Bone (2010)
Grand Jury Prize for Drama
On-demand
This is the film that put Jennifer Lawrence on the path to superstardom. Lawrence plays a girl living in the Ozarks, whose family is in danger of being evicted from their home and her only hope to save them is to head into the wild and find her father. At the Academy Awards, it was nominated for Best Picture and Best Adapted Screenplay, with a Best Actress nomination for Lawrence and Best Supporting Actor nod for John Hawkes.

Safety Not Guaranteed (2012)
Waldo Salt Screenwriting Award for Derek Connolly
On-demand
A quintessentially quirky, funny and intimate indie film about a man (Mark Duplass) who puts an ad in the paper seeking someone to join him on a trip back in time. The want ad catches the eye of a local magazine reporter (Jake Johnson) who enlists two of his colleagues, played by Aubrey Plaza and Karan Soni, to help him get the story. This was also the film that brought director Colin Trevorrow to the attention of Hollywood, and earned him the job as director of Jurassic World.

Fruitvale Station (2013)
U. S. Grand Jury and Audience Prizes for Drama
Jan 9 on BET
Fruitvale Station is the tragic true story of the last day of Oscar Grant, a young man shot and killed by an Oakland transit police office, as told by first-time writer-director Ryan Coogler and starring Michael B. Jordan. This movie kicked off one of the most successful and acclaimed film partnerships in recent years, as Coogler and Jordan would team up again in 2015 for Creed and in 2018 for Black Panther.

Whiplash (2014)
Grand Jury and Audience Prizes for Drama
On-demand
Miles Teller stars as a drum prodigy who gets into New York’s most prestigious and competitive music school, where he runs into an unusually sadistic instructor, played by JK Simmons, who simultaneously almost kills the kid while also making the most of his talent. Simmons would win the Oscar for Best Supporting Actor, and the film would take home prizes for Best Film Editing, Best Sound Mixing, in addition to nominations for Best Picture and Best Adapted Screenplay for writer-director Damien Chazelle.