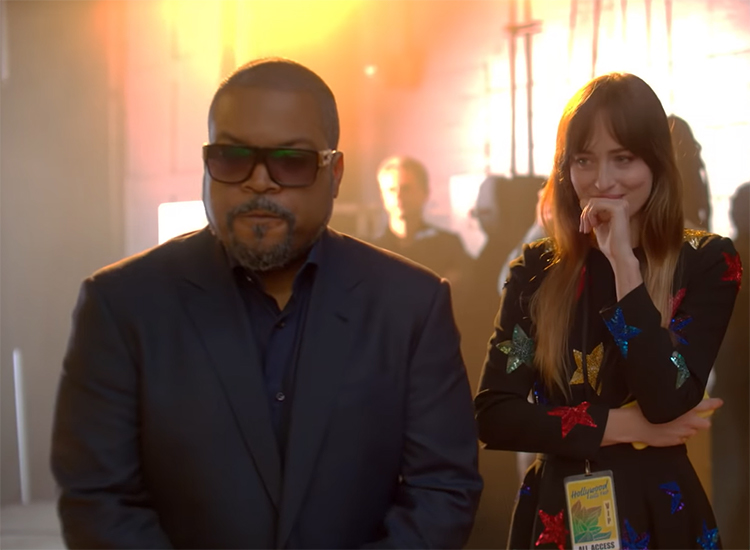 As the COVID-19 pandemic drags on, film studios have been forced to either postpone new releases or send them to on demand early. Lucky for us, Universal has chosen the latter for The High Note, a romantic comedy on the highs and lows of stardom. Starring Tracee Ellis Ross, Dakota Johnson, and Ice Cube, The High Note is more than just a love story — it’s also an intriguing look into the music industry and the people behind it.

Grace Davis (Ellis Ross) is a star singer who’s well-established in the music world; she knows what works, but she’s at a point where she wants to try new things. Her team advises against this — her manager Jack Roberston (Ice Cube) thinks she should play it safe with a Vegas residency. On the other hand, her assistant Maggie (Dakota Johnson) wants Grace to take new risks, in part because it would allow her to put her own producing chops to the test.

When Maggie meets budding musician David Cliff (Kelvin Harrison Jr.), she sees another opportunity to take a chance on her own career. But as Maggie begins to spend more time with David, she drifts away from Grace, who is looking more and more like a primadonna. Ultimately, Maggie is forced to face some tough decisions: to maintain the status quo or jump into the unknown and see where her producing career takes her.

While the film isn’t breaking new ground, The High Note is nevertheless entertaining, with a plot twist that almost no one will see coming. Dakota Johnson and Kelvin Harrison  Jr. — who was excellent in the overlooked drama Luce — have undeniable chemistry, and Tracee Ellis Ross delivers a strong performance. As expected, Ice Cube provides some serious comic relief when needed, even if that’s not always his tough, high-tempered character’s intent.

Unsurprisingly for a film about the music biz, the soundtrack is stellar (when a Leon Bridges track came on within the first 10 minutes, I knew we were in for musical treats). In addition to songs from Tracee Ellis Ross herself, other featured artists include Aretha Franklin, Maxine Brown, and Donny Hathaway, making for a soulful soundtrack. Onscreen, Ross powers through her songs, which comes as no surprise as she’s the daughter of Motown legend Diana Ross.

The High Note might be a somewhat formulaic rom-com, but that doesn’t mean it’s not enjoyable. In some ways, it’s exactly what we need right now — a fun, low-stakes, and light-hearted romantic story. Now’s your chance to stream this early release on Sling.

The High Note is now available as an early release rental for a one-time purchase of $19.99.

Bobby Slayton: Born To Be Bobby
Danny's Game
Eagle and the Albatross
The Serpent's Stone
Vivarium
Without A Body
A Clear Shot
And Then We Danced
Feral
Juice: How Electricity Explains the World
Punching and Stealing
Robert the Bruce
School Spirits
Sound! Euphonium: The Movie - Our Promise: A Brand New Day