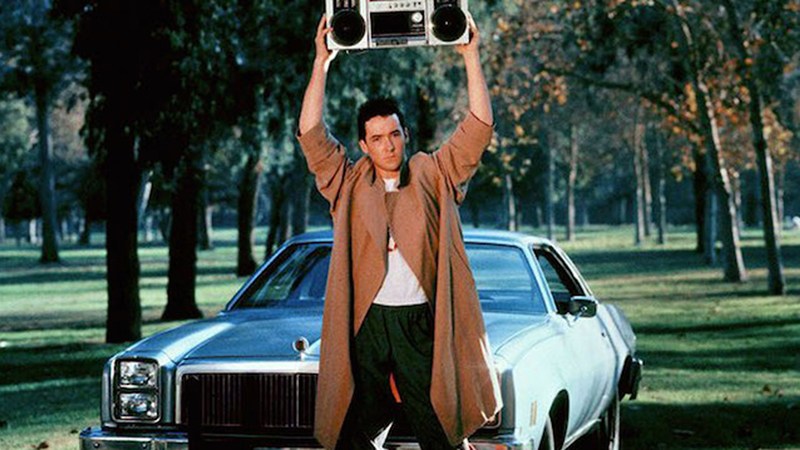 Hopeless romantics, you’re in luck. We’ve rounded up some of the best love stories available to rent on Sling, and we’re sure they’ll leave you feeling some type of way this Valentine’s Day. Check out our list below and click here to browse our full catalog of titles available to rent, no subscription required!

An Affair to Remember

It doesn’t get more romantic than An Affair to Remember, a 1957 film largely regarded as one of the greatest love stories ever. Starring Hollywood’s golden age stars Cary Grant and Deborah Kerr, the movie tells the story of star-crossed lovers who originally meet while both are still in relationships. They make a pact to reunite in six months to see if their first rendezvous was love or lust. But can their deep connection keep them together?

There’s nothing quite like high school love. John Cusack and Ione Skye star in this 1989 film in which the two unexpectedly fall in love, despite their unlikely pairing. Their different high school cliques — he slid by in school, she was the Valedictorian — aren’t even the issue; the problem is gaining the approval of her stern father, who isn’t easily impressed (go figure). Relive all its glory, including that iconic boombox scene.

The Shape of Water

Despite winning the Oscar for Best Picture, this film is a bit divisive. I mean, falling in love with a giant fish-man-thing you meet at work isn’t your typical office romance, so it’s no wonder this movie left viewers feeling quite conflicted. The Shape of Water was directed by Hollywood heavyweight Guillermo del Toro (who also won the Oscar for Directing). Critics loved it, your mother-in-law didn’t, but now it’s your time to decide.

If Beale Street Could Talk

Beale Street picked up a slew of nominations and awards last year, so if you’re looking for a critically acclaimed Valentine’s film, give this 2018 tearjerker a try. Starring KiKi Layne, Stephan James, and Regina King (who won this film its sole Oscar for Best Supporting Actress), Beale Street details the impact and emotional toll of a wrongful rape conviction, showing just how far our love can go.

The Fault in Our Stars

The first of many John Green film and television adaptations, The Fault in Our Stars is a teenage cancer love story starring Shailene Woodley and Ansel Elgort. Forced unwillingly by her parents, Hazel Grace attends a group therapy session for cancer patients and meets Augustus. Sparks eventually fly. If you somehow didn’t read the book and/or watch the movie during the peak of its hype, now’s your chance. Of course, if you want to re-watch it and weep, you can also do that.

If you’re looking for a little country this Valentine’s Day, look no further than Crazy Heart. Starring Jeff Bridges (who won his first Oscar for the role) and Maggie Gyllenhaal, this film tells the story of a washed up, alcoholic country star looking for redemption. Otis “Bad” Blake meets Jean, a journalist writing a profile on him, but since this is a romance, the article is only part of the story after the two meet. Released in 2009, this movie holds a pretty stellar 90% on Rotten Tomatoes and its bittersweet ending doesn’t ring false.

Ahhh, early 2000s rom-coms. Better yet, early 2000s rom-coms starring Ashley Judd, Hugh Jackson, and Greg Kinnear. After losing her faith in men following another bad break-up, Jane (Judd) decides to test out her sexual expertise and writing chops as a sex columnist. Giving out the advice is easy, but what she doesn’t expect are the feelings she develops for her new roommate, Eddie (Hugh Jackman). If you’re looking for as much comedy as romance, you can’t go wrong with Someone Like You.