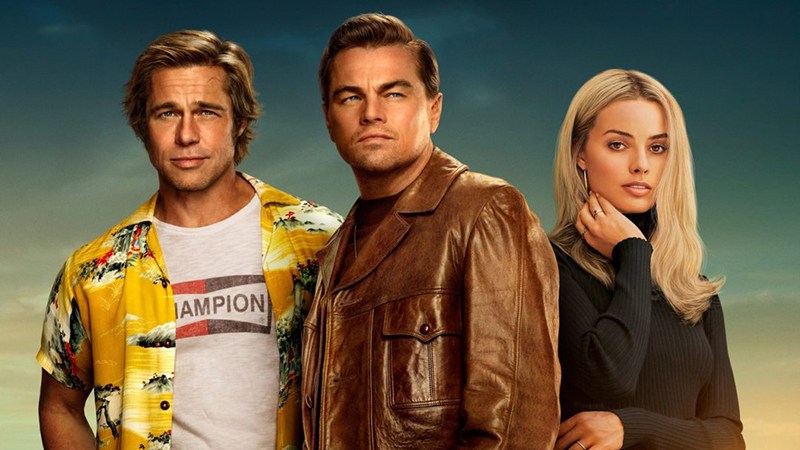 Sling Movie Rental of the Week, Dec. 10-16: Once Upon a Time in Hollywood

I love movies. Every year, I set a goal to watch every Best Picture nominee before the Academy Awards. I release my Oscar predictions to my Facebook friends, and I host an evening of hors d’oeuvres and champagne to watch the big night. But at 23-years-old, I am admittedly not as well-versed in the Golden Age of Hollywood as I am with today’s film landscape. So for me, watching Once Upon a Time in Hollywood was definitely amusing but at times confusing and odd. Cue the millennial jokes.

Obviously being a Quentin Tarantino film, I expected some level of subversive and strange. But I was met with storylines that, while entertaining, made little sense to me. Rick Dalton (Leonardo DiCaprio) is a fading television star hoping to bounce back, perhaps with the help of his famous neighbors Roman Polanski and Sharon Tate (Margot Robbie). Rick’s stunt double and driver, Cliff Booth (Brad Pitt), is also struggling to find his way. After picking up a hitchhiker, Cliff stumbles onto the Spahn Movie Ranch, which most people will recognize as the home of the Manson Family cult (not me, of course).

Late in the movie, members of the Manson Family show up in Dalton’s neighborhood high on drugs and ready to wreak some havoc. If you’re at all familiar with the actual story, you’d know that the Manson Family ended up killing Sharon Tate and four others that night. Tarantino’s take on the evening’s events makes for an entertaining, over-the-top ending that I won’t spoil. Sure, you can still enjoy the film without knowing anything, but it would be beneficial to brush up on your history before diving into Once Up a Time in Hollywood.

Regardless if you know the story, the film is entertaining enough without needing it. The star-studded cast certainly helps, too. Along with DiCaprio, Pitt, and Robbie, Al Pacino, Dakota Fanning, Luke Perry, Emile Hirsch, Damian Lewis, Timothy Olyphant, Kurt Russell, Bruce Dern, Lena Dunham, Margaret Qualley, and Austin Butler (and exhale) all make an appearance.

One aspect I actually enjoyed and recognized were the iconic Hollywood landmarks featured in the film. A few months ago, I actually stopped by the Musso & Frank Grill for drinks, a legendary Hollywood restaurant still serving up old-fashioned favorites. It serves as the backdrop for one of the earlier scenes, where Dalton meets Marvin Schwarz (Pacino) for career advice. One of the bartenders showed me pictures and told me stories of when they filmed there, so to say I was geeked to watch this scene is a bit of an understatement.

Once Upon a Time in Hollywood is now available to rent for a one-time purchase of $5.99.