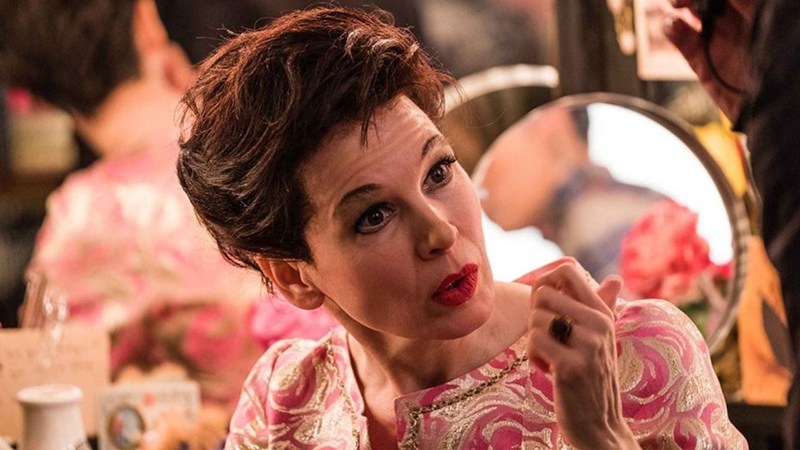 Every so often, a role comes around that’s so perfect for a specific actor, you wonder how anyone else could’ve managed the part (and you’re thankful no one else tried). Think Daniel Day-Lewis as Abraham Lincoln, Meryl Streep as Margaret Thatcher, or Jamie Foxx as Ray Charles. Now it seems that Renee Zellweger has done it as Judy Garland in Judy, an intriguing glimpse into one of Hollywood’s most beloved yet troubled stars.

Judy shows us the declining end of Garland’s career, after the height of her fame and fortune. Garland moves to London to continue performing and we see a drug addiction, which started at a young age and has not subsided. Unlike my confusing experience with Once Upon a Time in Hollywood a few weeks ago, I actually did my research before Judy, watching some interviews of Garland so I could see how Zellweger’s performance compared. Needless to say, I was impressed.

It’s crazy when you realize Zellweger is portraying a Garland who is only in her forties; she looks decades older, authentically showing the awful effect drugs played on her health and life. There’s even a heartbreaking moment when she is on the verge of a breakdown, too anxious to get on stage. They force her up there anyway, and Garland hides her anxiety to deliver a captivating performance. She looks completely and utterly drained afterward, and you start to realize the profound toll Hollywood has taken on her.

Zellweger has already scored a bunch of nominations for her performance, and it’s all but confirmed she’ll get an Oscar nom as well. After this performance, it’s clear she should be the frontrunner in all of these races, and while I haven’t seen all of the other nominees, I wouldn’t be the slightest bit upset if Zellweger collects some trophies for this one.

Navigating her tumultuous decline, Judy is an eye-opening look into Garland’s later years. Whether you grew up to see this play out in real life or it was before your time, Judy is worth a watch over your holiday break.

Judy is now available to rent for a one-time purchase of $5.99.