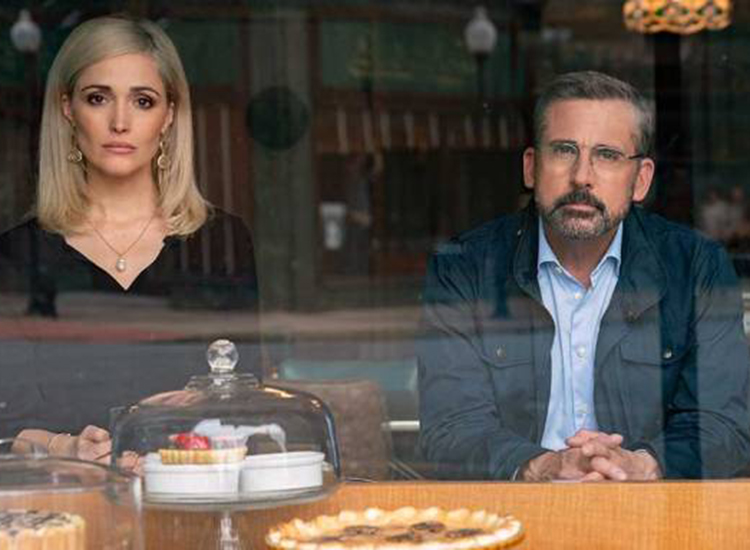 Irresistible — the much talked about new movie from former Daily Show host Jon Stewart — is a political story that features equal parts humor and drama. It tells the story of a Democratic consultant from Washington D.C. helping a former Marine colonel run for office in rural America. Irresistible’s theatrical release was cancelled due to the COVID-19 pandemic, but lucky for you, that means it’s available to rent now as an early release on Sling.

Political strategist Gary Zimmer (Steve Carrell) heads to a small town in Wisconsin to help a newly-discovered Democratic candidate and war veteran run for office. Zimmer sees it as an opportunity for the Democratic party nationwide, as a win in a red state could help switch the larger landscape. The war vet, Jack Hastings (Chris Cooper), is up against the incumbent Republican Mayor Braun and townfolk who aren’t exactly clamoring for progressive change. Sadly, the first half of the film is sprinkled with overused and tired stereotypes of rural America. Sigh.

The film shifts in the second half, both in tone and humor. It moves past those cliches and focuses on the actual story, which in the end is pretty enjoyable. While this is a comedy, it works best as a political drama, honing in on some of the biggest issues America deals with every election season.

I have to admit: I’m not a huge fan of Steve Carrell in these more serious roles. Carrell is still best known for his silly, funny characters (could anyone else ever play Andy Stitzer?), but I do appreciate his efforts attempting these more serious projects. It certainly helps that in Irresistable, he’s assisted by some strong supporting actors including Mackenzie Davis, Topher Grace, and Natasha Lyonne, among many others.

However, the shining light of the film is Rose Byrne. As Faith Brewster — Zimmer’s Republican counterpart (and total diva) — Byrne is cunning, nasty, and hilarious. The banter between these two really gets the film rolling in its slower moments; eventually, my eyes lit up every time she appeared on screen, knowing we were in for a quick-witted treat. Byrne more than makes up for the jokes that seem to fall flat from Carrell and crew.

With Jon Stewart both writing and directing, Irresistible is at times over-the-top and far-fetched. I mean, are we really going to believe that no matter how far Gary is removed from rural America, he doesn’t know how to open a bottle of beer? At times, I was cringing from the lack of self-awareness. But it’s exactly this lack of self-awareness and the play on these stereotypes that come back around to deliver a truly satisfying ending.

Even if its empowering message falls a little flat, the film is certainly worth a watch. It’s a worthy effort from Stewart, whose distinct comedic voice has been missed in the nearly five years since he left The Daily Show. Silly and at times laugh-out-loud funny, Irresistible is the lighthearted political dramedy you need during an intense election year.

Irresistible is now available as an early release rental for a one-time purchase of $19.99.

Vienna and the Fantomes
Run with the Hunted
Typical Wednesdays
Force of Nature
Claudia Oshry: Disgraced Queen
Heaven
Living in a Shaking World: Billy Graham Classics
Value of a Soul
Attachments
What We Don’t Say
Nothing Stays the Same: The Story of The Saxon Pub
Second Samuel
The Swing of Things
The Outpost
The Truth