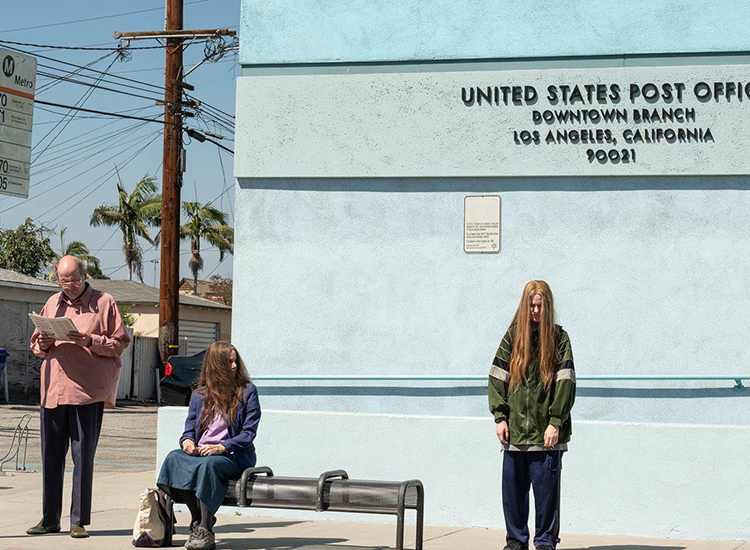 Most movies end up leaving you feeling some type of way — maybe pleasantly delighted, or excited and hopeful, or even woefully heartbroken. And then there are movies that leave you not entirely sure how to feel, or wondering ‘what did I just watch?’ Kajillionaire, for all the best reasons, is the latter.

Starring Evan Rachel Wood, Richard Jenkins, and Debra Winger, Kajillionaire focuses on a family of scammers whose only sense of kinship is derived from defrauding others of their hard-earned money, no matter the amount or hassle involved. They patiently wait to enter the Post Office at the perfect time so they can steal mail; they attend a woman’s in-depth parenting class to score a measly $20; they even devise a cross-country flight scam for a chance at $1,500, exactly the amount needed to cover three months’ worth of missed rent.

On the cross-country flight, they meet Melanie Whitacre (Gina Rodriguez) who is immediately intrigued by their conning lifestyle and wants to prove that she can grift. Lucky for her, Robert (Jenkins) and Theresa (Winger) take an equal liking to her; Old Dolio (Wood), their socially awkward 26-year-old daughter, isn’t so convinced.

As the movie progresses and the scams get more clever, the dynamic between Melanie and the parents, as well as Melanie and Old Dolio, shifts. We see the softer side of Old Dolio and learn how her parents screwed her up with their parenting, or complete lack thereof. As her Robert and Theresa grow colder and colder, Melanie decides to help Old Dolio break away from her toxic mom and pops.

The shining light of this film is undoubtedly Rodriguez. Even in an ensemble with big names like Wood, Jenkins, and Winger, she steals every scene she’s in. Her authenticity in the film’s most memorable moments feels so genuine, I had to keep reminding myself she’s just playing a part. Rodriguez made me a huge fan after this performance.

This isn’t to say the others don’t carry their weight throughout as well. Jenkins and Winger eventually become truly loathsome, and Evan Rachel Wood was almost too believable as Old Dolio, as her acting carries a palpable awkwardness (not to mention the perplexing sexual tension between Old Dolio and Melanie).

Every moment of Kajillionaire is enjoyable, even if it doesn’t culminate in a climactic or dramatic ending. I found myself laughing out loud at many of the film’s deadpan deliveries, which felt like the best part of the film. As for its overall meaning, I’m not exactly sure how to feel, but I think I feel satisfied. And sometimes the best art can be found in that ambiguity.

The film is getting both a theatrical release and early home premiere, so you can rent it right here on Sling for a one-time purchase of $19.99.