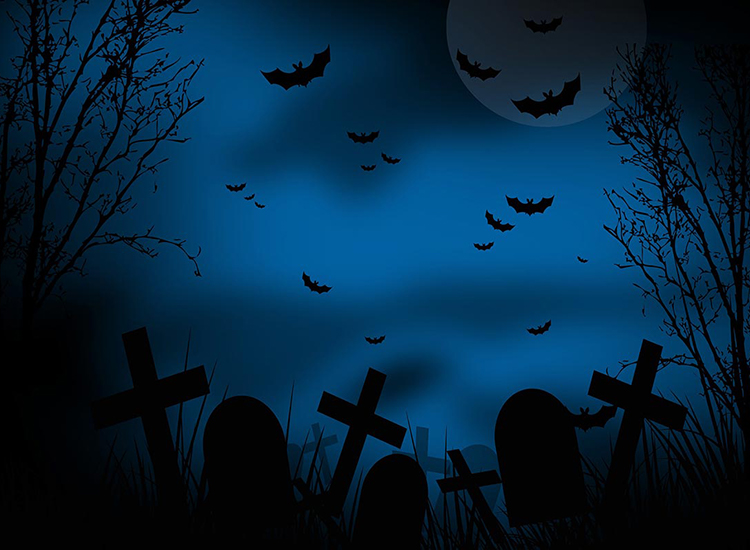 As the weather gets cooler and the Halloween decorations go up, there's no doubt people are getting excited for fall. It’s officially spooky season, which only means one thing: it’s time to binge some horror films. While there might not be many in-person Halloween celebrations this year, that means staying in and watching some scary movies is the perfect way to celebrate this Halloween in 2020.

Whether you prefer your scary movies with a dose of the supernatural or bloody gore, Sling’s got you covered. We’re highlighting 31 movies to watch in October, so you can pick out a different movie to watch every day of the month. Best of all, these titles are FREE to watch, even without a Sling subscription. Trick or treat!

Ghosts and the Supernatural

Jamie Marks Is Dead (2014) - The ghost of a young loner haunts a high school track star who discovered his dead body in this unnerving supernatural thriller.

The Assent (2020) - A widower reluctantly seeks the help of a disgraced priest to save his son, whom he believes is possessed by the Devil.

21 Days (2014) - Three filmmakers barricade themselves inside a haunted house for 21 days to capture the paranormal activity within, but discover unexpectedly evil forces.

The Atoning (2017) - Two parents fight to guard their son from a sinister haunting, as well as an even darker family secret.

Delirium (2016) - A group of young men dare a classmate to reach the porch of a legendary old house, said to be haunted by the 13 victims of a family massacre.

Arbor Demon (2016) - A couple end up trapped in their tent during a camping trip when they are attacked by a fearsome beast.

The Tombs (2019) -  A live-streamed publicity stunt inside one of London’s most famous scare attractions goes awry when an evil spirit is awakened.

Trickster (2018) - Jake has a unique ability to do lucid dreaming. He then meets a girl named Liz whom he instantly takes a liking to. Together, they enter the dream world in order to find her missing mother.

The Culling (2015) - The plans of five college friends headed for a fun-filled weekend get abruptly changed when they find a 7-year-old girl alone at an empty cafe and have no choice but to drive her home.

7 Deadly Sins (2019) - Teenagers want the best spring break ever but when they summon a demon, friends begin to die.

Apartment 212 (2017) - A small-town woman looks to start her new life anew by moving to an apartment in the city after getting out of an abusive relationship. However, she begins to suffer from a series of bizarre rashes, and learns that a terrifying creature is trying to eat her from the inside out.

Mansquito (2005) - Tongue-in-cheek bloodsucker about a cop on the trail of a serial killer who has mutated into a man-sized mosquito following a shoot-out in a laboratory.

Home with a View of the Monster (2019) - After placing their secluded lake  house on a vacation rental app, Dennis and Rita return early to discover increasingly eerie secrets left by their recent guests.

Howl (2015) - A train makes an emergency stop and the stranded passengers must fight for survival against a wolf-like creature in this horror film.

Killer Bees (2002) - The sheriff of a small, rural town tries to warn disbelieving townspeople that a swarm of killer bees is heading their way.

Awaken the Shadowman (2017) - Two estranged brothers reunite to probe their mother’s disappearance, and soon find that they and their loved ones are being targeted by an evil, supernatural force in this disquieting horror thriller.

Terrors of the Sea

Sharkman (2001) - A pharmaceutical team visits a remote island to meet with the enigmatic scientist who lives there, but when they arrive they discover his experiments have created a monster.

Triangle (2009) - A group of friends enter the Bermuda Triangle during a freak storm and fall prey to a mysterious assailant after boarding a deserted ocean liner.

Beast of the Water (2019) - Dr. Walter Grey loses funding when researching an ancient Native American tribe and has to turn to a corrupt organization to continue his work. While investigating Ininkwe legends and myths, he comes across undeniable proof of the reality of the ancient stories of monsters in the water.

Octopus (2000) - During an undercover operation, agents and terrorists are forced to battle a radioactive octopus.

Day of the Dead (2008) - The military helps survivors of a small American town combat those infected with a deadly virus and have become the living dead trying to take over the world.

1 Must Fall (2019) - After a woman is wrongly fired from her office job, she takes on a temporary role as part of a crime scene cleanup crew. But as a serial killer provides them with much work, the question is raised: did he ever leave the crime scene?

Severed (2005) - Loggers who are destroying a forest are transformed into ravenous zombies by a bizarre infection in this imaginative eco-horror yarn.

Wilderness (2006) - A serial killer targets troubled youth on a weekend survival outing on a remote island.

Nocturna (2015) - Two detectives investigate missing children in New Orleans and find themselves caught in the middle of a vampire feud.

Vampire Clan (2002) - In this disturbing thriller, a group of teenagers may be responsible for a neighborhood family slaying. But the real twist is that the teens believe they are vampires carrying out their instinctive quest for blood.

The Vampire Bat (1933) - When corpses drained of blood appear in a village, town elders suspect a vampire is on the loose.

Aleta: Vampire Mistress (2015) - When the Defense Secretary hears of a woman effortlessly killing two robbers despite multiple gunshot wounds, he dispatches an FBI agent to track the killer down in hopes of enlisting her a potential super-agent. The agent’s quest turns perilous when he discovers he is tracking a vampire.

For more vampire movies, check out 5 Vampire Movies to Watch on Sling Free.

Follow the link below to watch Sling Free now!