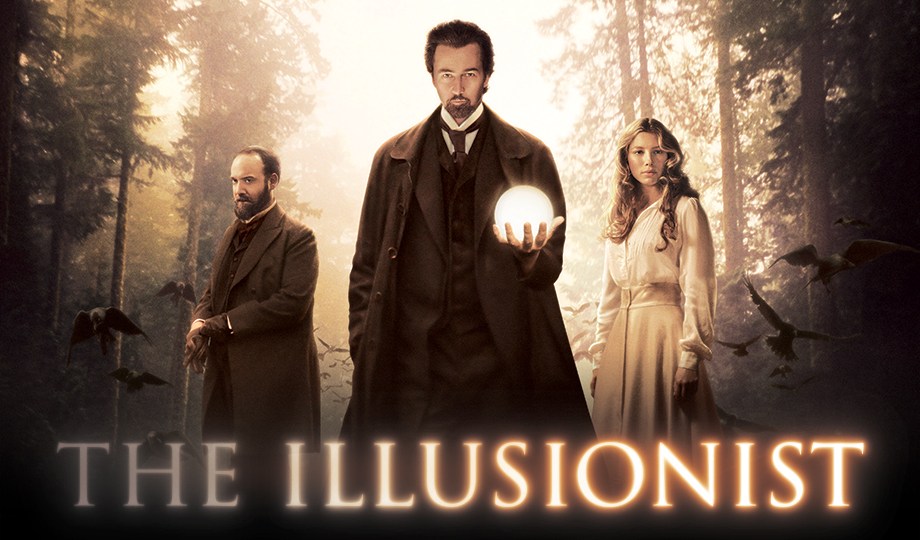 Sling TV has partnered with Blockbuster for Flashback Friday Free Movie Night, where we’re offering free movies through the Sling TV app on Roku, Amazon and Android devices, or through the Sling website. First up is the 2006 Edward Norton film The Illusionist. Follow this link to watch, no credit card required, no late fees!

Long before the internet and Sling TV, there was a time when you were forced to leave your home for entertainment, huddling with strangers in a crowded building, everyone just hoping for something good to turn up. That’s what it was like going to Blockbuster in the 1990s; 130 years ago, your options were even more limited.

This is the world of The Illusionist, the 2006 period drama starring Edward Norton, Paul Giamatti, and Jessica Biel. Norton plays Eisenheim, a gifted illusionist who pines for Duchess Sophie von Teschen (Biel), his teenage love. Torn from each other due to class disparity, Sophie is now engaged to Austria’s Crown Prince Leopold (Rufus Sewell), a cruel and insecure man who is suspicious of Eisenheim. Along with the ambitious Inspector Uhl, Leopold and Eisenheim soon find themselves locked in a battle of wills that effects not only their beloved but the entire Austro-Hungarian empire.

When it was released in 2006, The Illusionist was somewhat overshadowed by Christopher Nolan’s The Prestige, which also focused on 1890s magicians. But almost 15 years later, it casts a spell of its own, thanks largely to the performances. Norton plays Eisenheim with the perfect mixture of passion and detachment, while Giamatti is well-cast as an inspector torn between his aspirations and integrity.

It’s difficult to discuss the movie’s plot without spoiling the fun, but suffice it to say, The Illusionist will keep you intrigued and guessing until the very end. In that respect, it’s like a good magic trick, and even more than a century on, magic still makes for an entertaining evening. Especially when you don’t have to leave your house for it.

Click here to watch The Illusionist as part of Sling and Blockbuster’s Flashback Friday.