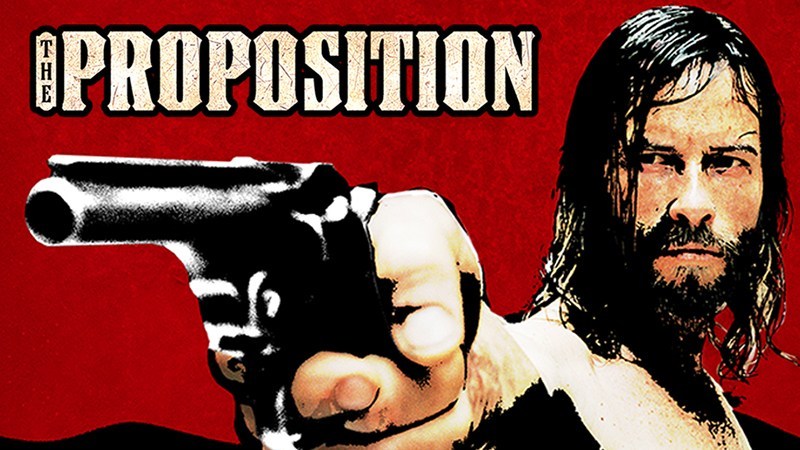 Sling TV has partnered with Blockbuster for Flashback Friday Free Movie Night, where we’re offering free movies through the Sling TV app on Roku, Amazon and Android devices, or through the Sling website. This week is the critically-acclaimed Australian western The Proposition. Follow this link to watch, no credit card required, no late fees!

Here in America, there’s long been a romantic sense of excitement tied to the old west. Sure, it was dangerous, but between the saloons, moonshine, gambling, and player pianos, it also looked like a pretty fun time. Down in Australia, frontier life appears to be quite a bit more brutal. At least that’s the impression one comes away with after watching The Proposition, a grim and heavy 2005 western starring Guy Pearce and Ray Winstone.

Pearce stars as the outlaw Charlie Burns, who, along with his more feeble-minded younger brother Mike, is captured by Captain Stanley (Ray Winstone) in the film’s opening scene. The titular bargain is struck when Stanley promises Charlie he’ll spare Mike the noose and grant them a pardon if he’ll kill his older brother Arthur (a chillingly detached Danny Huston), who is hiding from the authorities in the mountains following a brutal massacre at a family farm.

The plot itself may not sound novel but The Proposition is unique and unflinching in its depiction of the violence (and boredom) that permeated the culture at the time. In fact, one the themes of the script — which was written by beloved Australian musician Nick Cave — concerns the establishment of a “civil culture,” and the integration of those perceived as outsiders, whether morally or simply because of their race.

Despite the uniformly excellent performances and its striking cinematography, this is not an easy film to watch. But if you’d like a more realistic portrayal about what it was like to settle untouched land — and the type of people who would undertake that daunting task — The Proposition is well worth looking into.

Click here to watch The Proposition as part of Sling and Blockbuster’s Flashback Friday.