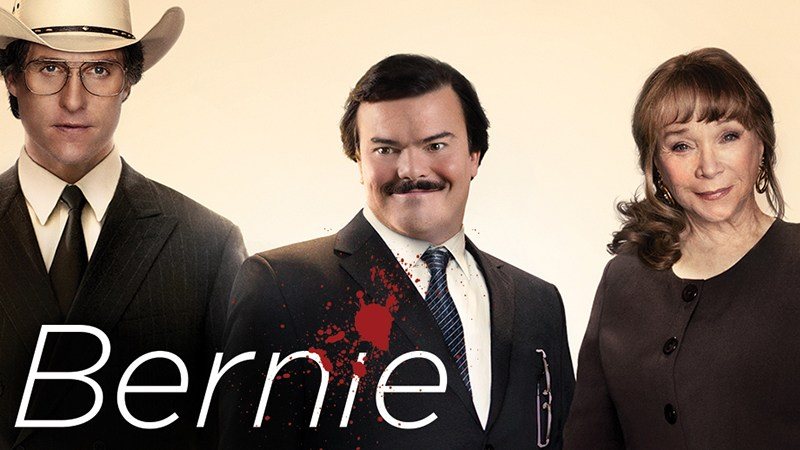 Sling TV has partnered with Blockbuster for Flashback Friday Free Movie Night, where we’re offering free movies through the Sling TV app on Roku, Amazon and Android devices, or through the Sling website. This week is the colorful true crime comedy Bernie. Follow this link to watch, no credit card required, no late fees!

Some stories — some people — are so unique and fascinating, it feels like they can’t possibly be real. Bernie Tiede, the title character in Richard Linklater’s funny and honest 2011 comedy Bernie, is at the center of one such story. As played by Jack Black, Bernie is compassionate, generous, friendly, creative, and morally upstanding. He’s also a self-confessed murderer.

Along with Black, Shirley MacLaine and Matthew McConaughey star in the true life tale of an unlikely friendship that turns toxic and, eventually, fatal. After moving to the small East Texas town of Carthage to become assistant funeral director, Bernie quickly becomes a pillar of the community, comforting widows are leading the church choir. But after befriending a crotchety multimillionaire who’s loathed by her neighbors (Shirley MacLaine) and enjoying the spoils of her wealth, Bernie soon falls into the role of emotionally abused errand boy. As their relationship deteriorates, Bernie is pushed over the brink. But with his generosity and community standing, will anyone care even if he did kill the mean old hag?

Bernie was directed by indie film all-star Richard Linklater, and it reunites him with the stars of arguably his two best films: Jack Black from School of Rock, and Matthew McConaughey, who had perhaps the most memorable line of Linklater’s endlessly quotable Dazed and Confused. Along with the perfectly cast MacLaine, they all bring a sense of playfulness to their parts. But it’s the colorful “locals” — played by actors who are utterly convincing — who steal the show. Whether they’re spinning yarns about the various cultures of Texas or politely gossiping about their neighbors, there’s a sense of authenticity to both the characters and location.

Much like the neighbors who refuse to accept what Bernie has done even after he confesses, some true stories are just too far-fetched to believe. The magic of Bernie is that it feels both honest and familiar, and spectacularly out of the ordinary.