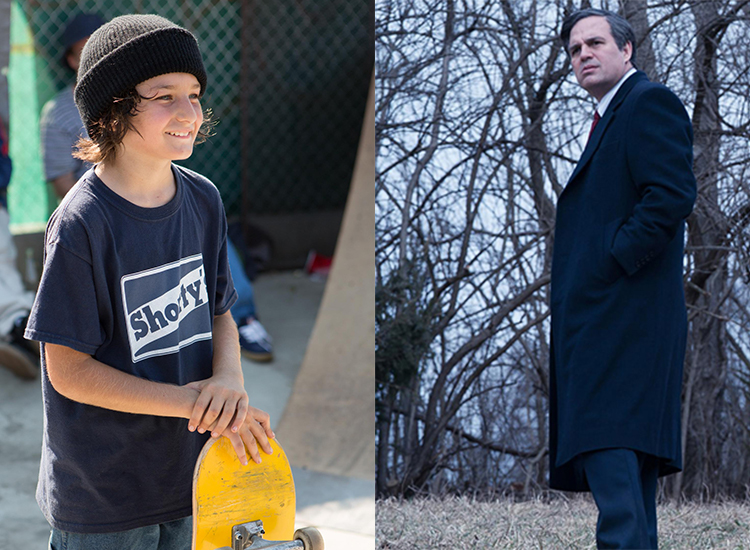 Binge your SHOWTIME favorites (or get a hefty dose of what the premium channel has to offer) this weekend at no cost during a special free preview running from Friday, April 30 through Monday, May 3.

Between the channel’s vast library of hit movies, along with award-winning original comedies, dramas and documentaries, everyone can find something to watch to kill a few hours. If you’re suffering from choice paralysis, we’ve put together a list of our favorite options below. (We also have a curated list of titles under the “On Demand” tab in the app.)

To try Sling Orange + Blue with free Showtime this weekend, use the link at the bottom of this page.

Lots of great movies got lost in the fog of 2020, perhaps none more than The Nest, writer-director Sean Durkin’s long-awaited follow-up to 2011’s Martha Marcy May Marlene. Although it was shut out of the Academy Awards, critics loved it, with Variety calling it “one of the best films of the year,” and Entertainment Weekly claiming, “you could easily spend the next decade trying to decode its themes.” According to Rotten Tomatoes—where the film has a 89% Fresh Score—the story centers on “an entrepreneur (Jude Law) and his family” as they “begin to unravel after moving into an old country manor in England in the 1980s.” - Mark Schiff

City on a Hill

Recklessly driving while snorting cocaine off the back of his hand next to a woman that’s not his wife – this is our first glimpse of Jackie is Season 2. Same as it ever was. A caustic, showboating narcissist who throws around racial epithets as ubiquitously as a teen inserts “like” at the beginning, middle and end of any sentence, Kevin Bacon’s FBI agent lacks the qualities to even be considered an antihero. When asked to say something nice about Jackie during a post-screening virtual Q&A with the cast, Aldis Hodge bluntly says, “That’s an impossible question,” while Bacon deadpans, “Good luck.” - Janine Schaults

There's not a franchise that had even close to the effect the Twilight Saga had on movies from the late 2000s to early 2010s. Of course, many others followed, like The Hunger Games, Maze Runner, and Divergent series, but nothing compared to waiting all week until Friday night finally hit and you got dropped off as a 14-year-old at the movie theater with your friends for the midnight premiere of the latest Twilight installment. Alright, maybe that wasn't a universal experience, but for me it was a life-defining one. That goes to show just how big Twilight was at the time, even if the films are cheesier than I remember them. So with all five films available on SHOWTIME, this is the perfect chance to revisit this epic vampire love story starring Kristen Stewart and Robert Pattinson. - Peyton Lombardo

The coming-of-age skateboarding drama Mid90s is the debut feature from writer-director Jonah Hill. As someone who came of age in the skate scene of the titular time period, I can attest to the authenticity of the movie’s soundtrack and general vibe, which oscillates between playful bonding and serious danger. Although it’s not as grim as the seminal cult film Kids, Mid90s clearly takes plenty of inspiration from it, resulting in a deeply honest movie that doesn’t blink in its portrayal of the bonding rituals of teenage nihilists. - MS

Couples Therapy is the ultimate expression of reality television. No producer-prompted confessionals. No man-made drama that doesn’t emerge organically from the subjects themselves. No springboards to influencer fame. Just a therapist’s office (albeit one constructed exclusively for this docuseries), a calmly firm therapist (Dr. Orna Guralnik) and three couples in Season 2 struggling with both massive hurts and mundane annoyances. Like actual therapy, the process here can often move at a languid pace, but the interactions provide a mesmerizing look into what makes relationships tick – and what dismantles them. - JS

Given the movie’s title, it’s reasonable to expect the one-wild-night-in-college indie comedy S#!%house to be raunchy and broad in its humor. Instead, the film feels a lot more like the bittersweet, homespun dramedies of Richard Linklater. Starring, written, and directed by first-time filmmaker Cooper Raiff, S#!%house is another critical darling (it boasts a 97 percent Fresh Score on Rotten Tomatoes) that was overshadowed by the chaos of 2020. Honest and affecting, S#!%house is an auspicious debut that should connect with fans of DIY directors like Linklater and the Duplass Brothers. - MS

Imagine Mystery Science Theater 3000 meets Bad Lip Reading and you have the general idea behind Cinema Toast. A strong cast of funny people - including Allison Brie, Fred Armisen, Sling favorites Nick Offerman and Megan Mullaly - overdub old movies in the public domain to tell original stories. The first episode, “Familiesgiving,” tells a surprisingly coherent story around an awkward Thanksgiving, but the series veers into full-on absurdism with its second episode, “Report on the Canine Auto-Mechanical Soviet Threat.” All 10-episodes are available on-demand with a SHOWTIME subscription. - MS

One of my favorite horror movies in recent memory, Hereditary is a haunting story of grief and just how far family love goes (or doesn't go). After Annie's (Toni Colette) mother passes away, things start to get weird, mostly materializing within Annie's two children - Peter (Alex Wolff) and Charlie (Milly Shapiro). Viewer beware: This 2018 film is not for the faint of heart. It's one of the most terrifying I've seen (including a horrifying scene I think about on a regular basis), and it's brought to us by Ari Aster, the director who also made Midsommar, his other totally terrifying and somehow even more disturbing 2019 follow-up film. - PL

Chicago rappers Vic Mensa and Da Brat join the cast of The Chi in the fourth season of the drama. The additions signify the commitment showrunners have upheld over the last three years to portraying the city and the residents of its underserved neighborhoods authentically. Another Chicago-set SHOWTIME series, Shameless boasts many charms, but depicting the Windy City in any realistic way is not one of them. Season 4, which premieres on May 23, focuses on the relationship between the police and the Black community. And in a city that has seen the release of two different body-cam videos of police-involved shootings in the same number of weeks, that storyline is as timely and warranted as it is devastating. - JS

This 2019 film stars Mark Ruffalo as Robert Bilott, a lawyer who gets involved in a case against DuPont, a large corporation accused of poisoning the residents of Parkersburg, West Virginia. Bilott, who is originally a corporate defense lawyer, takes on the case after meeting one of the residents, eventually becoming compelled to help. He must prove that DuPont is directly responsible for the poisoning, which becomes an increasingly difficult task costing Bilott years of stress and turmoil, both within his career and his life at home. Dark Waters holds an 89 percent approval rating on Rotten Tomatoes, which commends its authentic storytelling. - PL

Get Sling Orange + Blue using the link below!