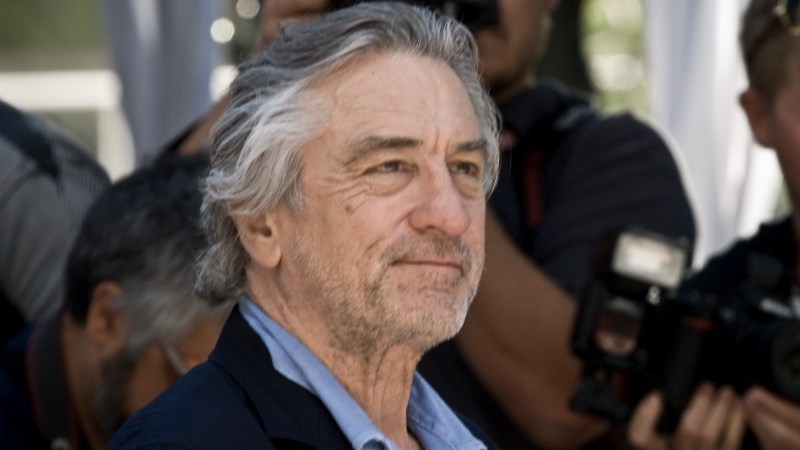 Awards season glut is a real thing. With the Golden Globe Awards in the rearview mirror, the Oscars inching closer and various guilds handing out accolades like participation trophies, you might wonder why you should devote yet another Sunday evening to celebrating the creative achievements of the rich and famous.

Let us make the case for tuning in when the 26th annual Screen Actors Guild Awards arrive this weekend on TNT and TBS (and the fact that the show’s running time falls well short of Martin Scorsese’s mobster epic The Irishman, only sweetens the deal).

Most award shows end anticlimactically. When the best picture or TV comedy and drama of the year is finally revealed, a group of unrecognizable faces (mostly men, let’s be honest) take the stage and blather on. Of course these producers play a vital role in getting our favorite flicks made, but as far as speeches go, they veer toward dry.

Not so at the SAG Awards. Every person standing within range of a microphone won’t require a Google search to identify. Brad Pitt? Charlize Theron? Tom Hanks? Al Pacino? These people are Famous with a capital F and know how to perform for an audience. That’s not to imply the tears aren’t genuine, but look to the A-listers to make breathless surprise captivating. Also, think of the night as a big office party. The one time a year when union members of SAG-AFTRA can all cram into the same room, mingle and catch up. And we get to pop in for a cursory glance. Take special notice before and after the commercial breaks of which star of the small screen saddles up to the table filled with Oscar winners or the notoriously prickly thespian sulking after a loss. Who doesn’t love a schmoozefest? –Janine Schaults

The Element of Surprise

While the award for leading actor and leading actress seem all but locked in for Joaquin Phoenix (Joker) and Renee Zellweger (Judy) respectively, it’s truly anyone’s game in the supporting actor and actress categories, which are drenched in star-power. Tom Hanks, Al Pacino, Joe Pesci, Brad Pitt, and Jamie Foxx are all nominated as are Laura Dern, Scarlett Johansson, Nicole Kidman, Jennifer Lopez, and Margot Robbie. I don’t think I’ve ever seen so many A-listers in supporting categories, and I won’t be surprised if ANY of those names get called on Sunday night! As for the biggest award of the night, ensemble performance, Once Upon a Time in Hollywood has emerged as a frontrunner, but how incredible – not to mention historic – would it be if the cast of Parasite took home the award? – Peyton Lombardo

To no one’s surprise there were a handful of Oscar snubs this year, and it’ll be exciting to see how they do at the SAG awards. There was plenty of outcry at Taron Egerton not receiving an Oscar nod for his portrayal of Elton John in Rocketman, especially when Rami Malek won last year for his Freddie Mercury performance in Bohemian Rhapsody. Lupita Nyong’o missed out on a best actress nomination for her incredibly layered performance in Jordan Peele’s Us – yet another horror movie left behind during awards season. For supporting nods, Jamie Foxx missed the Oscar mark for Just Mercy, as did Jennifer Lopez for Hustlers. Which of these snubs has the best chance of taking home an award on Sunday? My money’s on Jennifer Lopez. – PL

We learn something juicy every time Fleabag creator and star Phoebe Waller-Bridge accepts an award (and between the Emmys, the Globes and the Critics Choice Awards, she’s had plenty of opportunities to school us on the secrets behind Amazon’s naughty hit). Some of the interesting tidbits she’s revealed so far: Hustlers star Jennifer Lopez inspired the Internet’s semi-celibate boyfriend – the show’s “hot” priest character; the second season’s dramatic choral music contains “filthy” lyrics, but only Latin-speakers are in on the joke; she finds writing “really, really hard and really painful” (oh girl, if you find it difficult, there’s hope for all struggling scribes). What will Waller-Bridge confess when she most certainly accepts another prize Sunday?– JS

A Lifetime of Achievement for Robert De Niro

The Oscars snubbed Robert De Niro for his turn as an unremorseful hitman in Scorsese’s The Irishman. If the 76-year-old two-time Oscar winner feels sore about this omission from the packed field of best actor nominees, he can take solace in receiving the 2020 SAG Lifetime Achievement Award for embodying the “finest ideals of the acting profession.” For viewers, we get to revel in a clip-heavy look back at an illustrious career featuring classics such as Goodfellas, Taxi Driver and Raging Bull and see his 1993 This Boy’s Life costar Leonardo DiCaprio deliver an appreciation for the ages. Will De Niro take a cue from Tom Hanks – who focused on the art of acting in his achievement speech earlier this month at the Globes – or will he lob off political jabs aimed at President Donald Trump? – JS