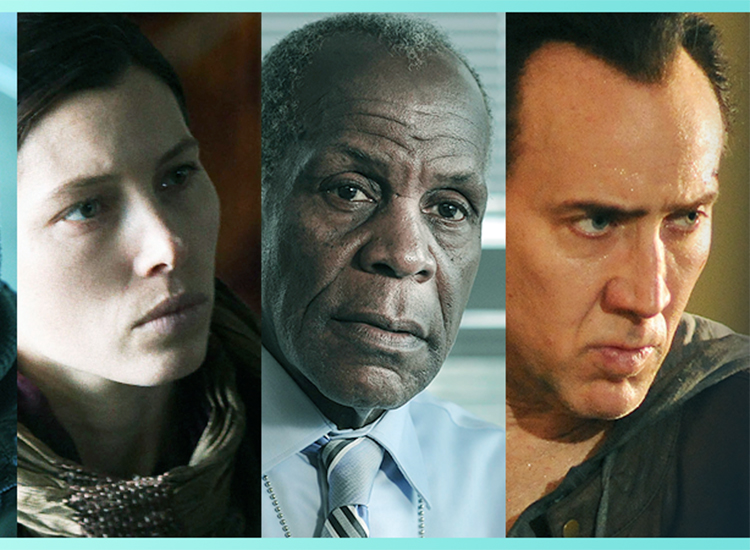 With the launch of Rush By AMC, Sling users now have access to a 24/7 stream of thrillers, action, and horror films, curated by one of the best brands on television. Best of all, you don’t need a paid Sling subscription to watch any of their content; like their sister networks AMC Presents and Ultimate Reality by WEtv, the films on Rush By AMC are free for everyone with an internet connection. To start watching now, just follow this link.

Rush By AMC has a library of over 500 movie titles, with new films added every month. With a massive catalog and a stream that runs all day, every day, we wouldn’t blame you if you felt slightly overwhelmed. But fear not, intrepid movie buff: We’ve scoured the schedule to spotlight five titles you’ll definitely want to watch this July. Check out our list below for tune-in times, and for even more AMC content, be sure to subscribe to AMC+.

A staple of cable TV in the ‘90s, the horror comedy House features a fun blend of scares and jokes. The basic premise — a man moves into the titular dwelling after inheriting it from his dead Aunt — puts it squarely in the realm of the haunted house genre. But with a cast that includes ‘80s sitcom stars like William Katt (The Greatest American Hero), Richard Moll (Bull from Night Court), and George Wendt (Norm on Cheers), the movie is uncommonly broad for an R-rated horror film. And since it was made during the era of practical effects, the creatures and monsters have an endearingly tactile look.

Due to the movie’s surprise success, a sequel was given the greenlight. But rather than bring back the original cast, the movie just moves into a new house, where similarly strange things happen. Released in 1987, House II: The Second Story emphasizes comedy even more than the first film, which was a good choice because it too features an array of “Oh yeah, THAT guy” actors, including Arye Gross (Ellen), Jonathan Stark (Fright Night), and a pre-Politically Incorrect Bill Maher.

Years before the Hulk and Thor were throwing down in the Sakaar Arena — and decades before CGI was powerful enough to make such a battle photorealistic — the two Avengers were teaming up for NBC Sunday Night at the Movies. The first of three made-for-television movies that picked up where The Incredible Hulk TV show left off, The Incredible Hulk Returns finds Bruce — excuse me — David Banner (Bill Bixby) working at a research lab, where he’s mastered the rage that transforms him into the Hulk. But when his former student finds an enchanted hammer, Banner is soon forced into an uncomfortable partnership with Thor, the Norse God of thunder. Now that we’ve seen these characters in a half-dozen Marvel movies, there’s serious novelty to revisiting a time when the Hulk was just a bodybuilder in green paint and Thor was, uh, I’m not sure how to describe the look of Thor’s character but it’s a long way from Chris Hemsworth’s version.

Two years later, in 1989, the Hulk once again found himself teaming up with another Marvel hero in The Trial of the Incredible Hulk. This time, Banner joins forces with his lawyer Matt Murdock (Rex Smith), aka Daredevil, to take on Wilson Fisk, aka Kingpin (John Rhys-Davies of Lord of the Rings). Like its predecessor, the glut of contemporary superhero movies actually casts The Trial of the Incredible Hulk in an oddly favorable light, as we see how far the genre has evolved, along with what still works (namely, the David Banner stuff, a character who is played quite tragically by Bixby).

Where do we even start here? How about the fact this movie was produced by The Asylum, the production company behind the Sharknado franchise, which should give you an idea of its tone (shockingly, a movie about a giant snake battling a giant gator decided not to go the serious route). Second, Mega Python vs. Gatoroid stars ‘80s teen pop stars Debbie Gibson and Tiffany, which, for a certain audience, is almost as surreal as watching a giant snake battle a giant gator. Third, despite being released less than a decade ago, the visual effects look as crude as cave paintings. Fourth — and this is the important one — Mega Python vs. Gatoroid is ridiculously fun, and we could all use a little fun right now.

In terms of likeability, longevity, and box office success, Jeff Goldblum is basically Tom Hanks for hipsters. And what The Money Pit is to Tom Hanks, Transylvania 6-5000 is to Goldblum. Co-starring an overqualified cast that includes future Oscar-winner Geena Davia, Ed Begley Jr., Carol Kane, and Michael Richards (Kramer on Seinfeld), Transylvania 6-5000 places iconic movie monsters like Frankenstein and the Wolfman inside an absurdist comedy. Ed Begley Jr. has had a remarkable comedic career, appearing in everything from Arrested Development to Portlandia to Curb Your Enthusiasm and Goldblum needs no introduction, so if you’re looking for something star-studded and silly, this one’s an overlooked gem.

And finally, we leave you with one of the most genuinely disturbing horror films ever made, Clive Barker’s Hellraiser. While we can’t speak to the quality of its sequels, the original Hellraiser is pure, undiluted nightmare fuel. Pinhead is one of the most iconic and frightening horror villains in the Hollywood cannon, and the film does not skimp on horrifying imagery. If you have strong nerves, be sure to watch one of the late night showings; if not, it might be best to watch Hellraiser during the light of day.