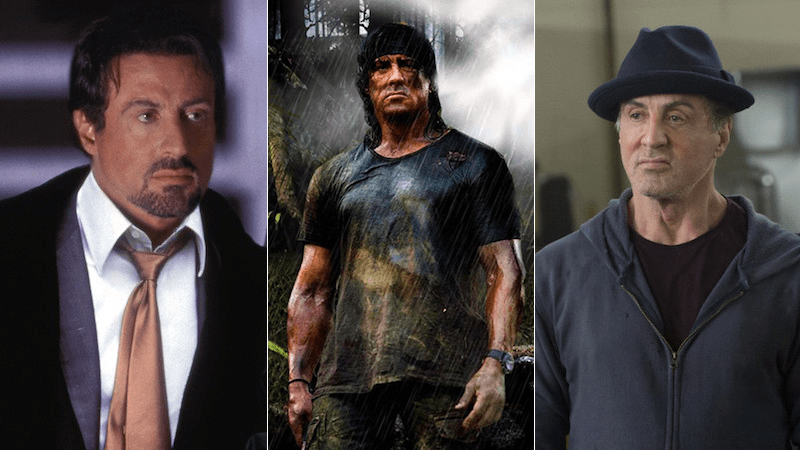 Sylvester Stallone’s Rambo: Last Blood drops on Friday, with a title that threatens to bring to a close the epic saga of John Rambo, a Vietnam vet who comes home to a country that, rather than celebrate his service, reviles him. Now America’s longest-serving soldier goes to war with a Mexican drug cartel.

Don’t believe for a minute that this is the last we’ll see of John Rambo — as long as Stallone is alive, Rambo will be waiting in the wings to be called into action. In the meantime, let’s celebrate Stallone’s incredible career with a look at the festival’s worth of films available in the Sling vault:

Guardians of the Galaxy Vol. 2
On-demand from TBS or uncut as a rental
Sly popped up in a cameo as Stakar, the head of a group of Ravagers. Is it a “Stallone film,” per se? No. But it’s a good movie with a legit Stallone appearance — isn’t that enough?

Creed (2015)
Saturday, September 14, at 12:30am on Paramount
I rolled my eyes when this one was announced and had no intention of watching it. But then it got some good buzz and it was available on a trans-Atlantic flight I was on, so I gave it a go. Three beers and a box of Kleenex later I implored my wife to watch it. It is, in a word, awesome.

The Expendables I-III (2010-2014)
Rental
If you like a bunch of overly muscled tough guys shooting at each other, this is the series for you. Stallone, Arnold, Jason Statham, Jet Li, Dolph, Terry Crews, Bruce Willis, Mickey Rourke, Steve Austin, Chuck Norris… WHAT MORE DO YOU NEED?!?!??!!!

Rambo (2008)
On-demand from Starz
John Rambo heads to Burma to rescue a group of Christian mercenaries kidnapped by local baddies.

Rocky I-V (1976-1990)
On-demand from HDNet Movies
This is, without a doubt, the greatest boxing movie franchise in cinematic history, featuring the old guy from Creed back when he was a fighter himself. The first one won Best Picture; Rocky got his revenge in the second one; he fought Mr. T in the third one, defended America from Communism in the fourth, and in the fifth… in the fifth… you know what, I don’t think I remember the fifth.

Get Carter (2000)
On-demand from Starz
Sly’s remake of the Michael Caine classic about a hit man who heads back to his hometown to look into the circumstances surrounding his brother’s death.

Cop Land (1997)
On-demand from Starz
Sly heads an absolutely stacked cast that includes Harvey Keitel, Ray Liotta, Robert De Niro, Peter Berg, Janeane Garofalo, Robert Patrick, Michael Rapaport, and Annabella Sciorra. Stallone stars as the sheriff of a small New Jersey town where several of New York’s finest have taken up residence and made it the base of operations for their own crime family. Somewhat forgotten now, this movie won huge raves for Stallone’s quiet performance.

Nighthawks (1981)
Rental
Stallone is a New York City cop in a cat-and-mouse game with a terrorist, played by Rutger Hauer, fresh off a bombing of London and looking to cause more trouble.