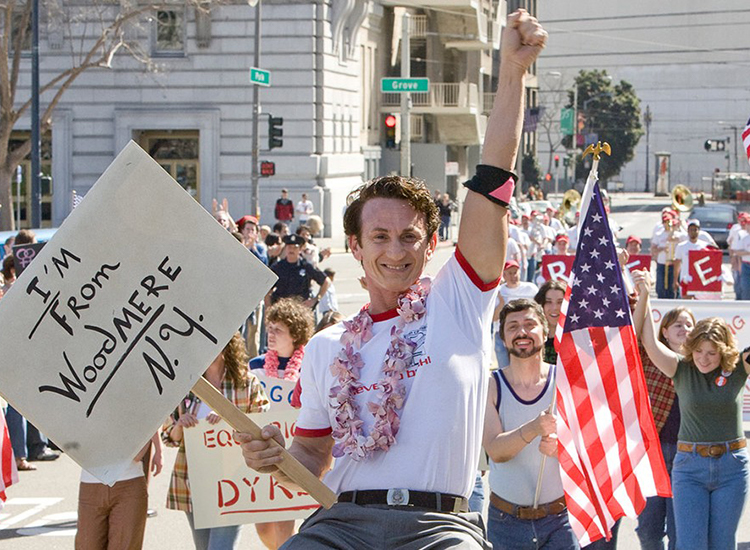 WHATSON SLING MOVIES 10 MUST-SEE LGBTQ+ MOVIES ON SLING
10 Must-See LGBTQ+ Movies on Sling
As Pride Month wraps up, we picked out 10 of the best LGBTQ+ movies now available on Sling

As June and Pride Month come to a close, we’re taking a look at some of the best LGBTQ+ content on Sling. The curated list of titles in our "Pride 2020" collection in the On Demand tab features a wealth of diverse, queer representation spanning six decades and various cultures. With Pride events turning virtual this year due to the COVID-19 pandemic, here are 10 movies you can watch at home as part of your virtual celebrations.

Love, Simon is a high school coming-of-age-while-coming-out story. Simon forges a pen pal friendship with another closeted teen at school, but theater nerd Martin intercepts the emails. Since Martin is in love with Simon’s best friend Abbey, he blackmails Simon to set him up with Abbey or leak his emails, forcing Simon to grapple with the possibility of being outed. I have seen this movie no less than 10 times, and I cannot get through the speech by Simon’s mom (Jennifer Garner) without tearing up. If you’re looking for a heartwarming story on the often scary realization of one’s sexuality, look no further. (Watch on FX)

Call Me By Your Name

Without spoiling it, the final scene of Call Me By Your Name will forever haunt me. The emotions Elio feels are so palpable, and Timothee Chalamet’s  performance cemented his status as a heavyweight actor for me. Chalamet, along with Armie Hammer, stars in this love story based in the Italian countryside. Oliver (Hammer) is working for Elio’s dad for the summer, and a romance between the two ensues. Along with the climactic fireplace scene, there’s also that not-so-discreet peach sequence, so if you’re looking for some memorable moments, Call Me By Your Name is your Best Picture-nominated choice. (Available to rent for $3.99)

My Days of Mercy

Ellen Page and Kate Mara star in this indie slow burn. With her dad on death row for allegedly murdering her mother, Lucy (Page) spends her time at protests and rallies advocating to abolish the death penalty. Mercy (Mara), on the other hand, is a lawyer who works in support of the death penalty. The unlikely pair begin a relationship, but it’s eventually revealed Mercy is already in a committed relationship with a man. It’s a known fact that lesbian art never seems to have a happy ending, but here’s hoping this one isn’t like the rest. (Watch on Starz)

Sean Penn is captivating in his Oscar-winning performance as gay rights activist Harvey Milk in this 2008 biopic. It’s well-known that Harvey Milk was assassinated but this movie takes viewers through the events leading up to it. A staunch supporter of LGBTQ+ rights, Milk was the first openly gay man elected to public office. But his victory at the ballot box is just the beginning, as he faces an uphill battle getting actual legislation passed. On top of that, he faces public scrutiny and hate from those against gay rights, including the man who eventually assassinates him. (Watch on Starz or rent for $3.99)

This biopic on computing pioneer Alan Turing is a favorite of mine. Starring Benedict Cumberbatch and Kiera Knightly, Turing (Cumberbatch) is tasked with stopping the Germans’ continuous attacks during World War II. Human computers aren’t cutting it, so Turing builds a machine that is huge and janky, but turns out to be England’s best chance at defeating Germany. If you’re wondering why this is on a list of Pride Month movies, it’s because Turing was gay, and despite the tremendous contributions he made to his country and the world, his homosexuality was still illegal. It’s a heartbreaking look at history and how far we’ve come as a society. (Watch on TNT)

There’s just something about 1950’s lesbian love stories (looking at you, too, Carol). Vivian Bell (Helen Shaver) heads to Reno, Nevada for an expedited divorce from her husband, where she meets Cay Rivvers (Patricia Charbonneau) and is quickly captivated by her carefree spirit and progressive ideals. This puzzles Vivian, who isn’t so forward-thinking and is confused by her own feelings for Cay. Released in 1985, the film was largely ahead of its time. It also holds a whopping 94% rating on Rotten Tomatoes and is often on lists of the most romantic lesbian films ever. (Watch on Showtime)

Heath Ledger and Jake Gyllenhaal star in this 2005 cowboy classic, the rare movie that truly needs no introduction. I mean, has anyone really forgiven the Academy for snubbing Brokeback Mountain in favor of…Crash? The 2005 film made huge strides for gay representation in mainstream media at a time when it was barely broadcast. Ennis (Ledger) and Jack (Gyllenhaal) meet one summer and a romance begins. Despite moving apart and marrying women, they continue to find themselves back in each other’s lives. Since the audience knows the promiscuity of their relationship, it's overwhelming to wait and see if their love will prevail. (Watch on Starz)

The Amazing Truth About Queen Raquela

A melodic journey from his early days as Reginald Dwight to his top-of-the-world fame, this epic biopic is the ultimate musical homage to Elton John. For the film, all of his music was re-recorded and performed by Taron Egerton, who stars as the British superstar. However, one song, "(I’m Gonna) Love Me Again", was performed by Elton himself, and it won him an Oscar for Best Original Song (it’s quite a jam, if I do say so myself). The movie cycles through the ups and downs of John’s tumultuous life, including the exploration of his sexuality. (Watch on EPIX)

This adaptation of the Broadway classic stars almost all of its original theater cast (except for Rosario Dawson, who was clearly added for some star power). Bohemian artists in the East Village are struggling through life, trying to find themselves, barely making rent, and dealing with the AIDS crisis. Homosexuality, bisexuality, drag... this movie made waves for its queer representation. Plus, we get to see Broadway queen Idina Menzel reprise one of her earliest roles. She originated Maureen, an outspoken activist who dumps her boyfriend, Mark (Anthony Rapp) for Joanne (Tracie Thomas). Cue Tango: Maureen! (Watch on Starz)