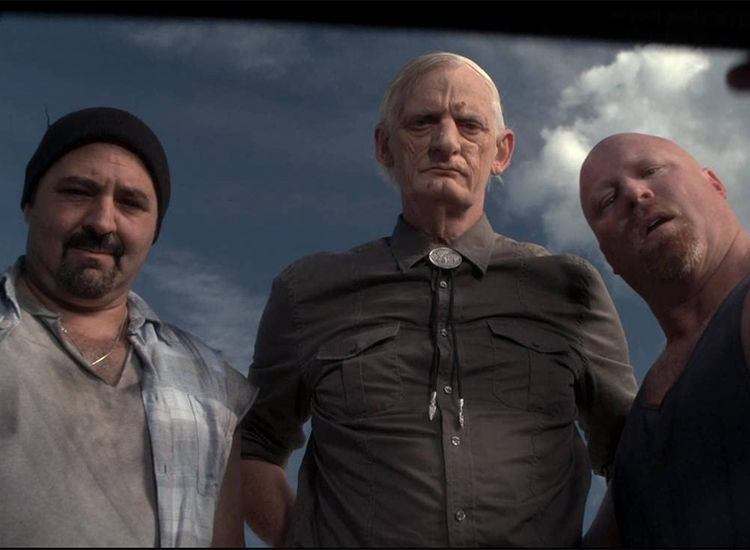 Glewed TV launched recently on Sling and it’s filled with bingeable TV shows and movies. We’re highlighting ten of our favorite movies on Glewed which you can watch right now, no subscription required!

As Dreamers Do: The Amazing Life of Walt Disney

What it’s about: Walt develops skills as an animator early in life. Along with Roy, he overcomes various hardships to become an entertainment icon.

What viewers are saying: “The great thing about this film is that it focuses on the difficulties that Disney went through as a young man, rather than on his triumphs. In doing this, it gives a new and different view of a well-known icon, while at the same time reminding us all that no matter how grim things look, there is always hope.” IMDb user jell_bells91

What it’s about: A young boy gives up his remarkable gift for song, and uses it to help the less fortunate in this uplifting drama.

What viewers are saying: “I don't normally write reviews, but I just had to do it when nobody else had done it, because this is really a great movie and it is really worth a watch. If you like movies like August Rush, you will definitely like this movie too.” IMDb user mkjd94

What it’s about: This family comedy centers on a diamond thief who attempts to transport his bounty via a mistreated dog. His plan goes awry when 12-year-old Owen rescues the animal and brings it to his secret hideout, leaving the crooks in hot pursuit.

What viewers are saying: “There are a few twists and turns in the plot, and enough comic relief to keep children of all ages giggling. This movie is wonderful, wholesome family entertainment.” IMDb user iStone57

What it’s about: In this deeply humane drama, parents struggle to come to terms with the realization that their middle son has a serious mental illness. In time, the entire family must learn to cope with his symptoms, which threaten to tear the clan apart.

What viewers are saying: “I saw a screening of the film in NYC and can honestly say there was not a dry eye in the theater. It's a dramatic, powerful story but it's also an uplifting one that will hopefully help stop the stigma that surrounds mental illness.” IMDb user kinikia824

What it’s about: A former Broadway star suffering from Alzheimer’s puts on a production of Hamlet with his granddaughter and great-granddaughter.

What viewers are saying: “This movie brings to light the confusion for the person with the disease and also the frustration for family members. It also shows the importance of the adoption of rescue animals for the elderly. The most important virtues are about helping those around you, believing in your dreams and having confidence in yourself.” Dove review

What it’s about: In this inspirational drama, a troubled teen makes peace with the death of her mother by rehabilitating a difficult horse on her estranged father’s ranch.

What viewers are saying: ““Forever Running” is a heartwarming story both entertaining and enjoyable, yet with many good lessons.” Dove review

What it’s about: In this heartwarming drama, a teen girl is arrested and sentenced to a work release program at an equine therapy camp for disabled youths. During her time there, she bonds with a retired racehorse and finds redemption and forgiveness.

What viewers are saying: “The story is simple enough to appeal to kids, yet offers a fresh take on the typical bad-teen-gone-good movie that will hold parents' attentions, too. The cast of young talent did a great job and really held their own against the pros!” IMDb user dmcmahon36

What it’s about: Tells the story of a family of vampires and witches, while focusing on the two children who are hybrids of both monsters.

What viewers are saying: “When two cultures, separated by centuries of hate for one of another, come together for the sake of family; you have an astonishing love story. Hybrids is that story.” IMDb user hasIII

What it’s about: Eight teens compete to win a car by seeing who can keep one hand on the vehicle the longest.

What viewers are saying: “It's strength is really as a romantic comedy with some fun, quirky side characters. I can see myself watching it again - in fact, I'm almost certain I will, which is probably the most important thing I could say about it.” IMDb user fandomfatale

To start watching free movies on Glewed TV, click the link below!