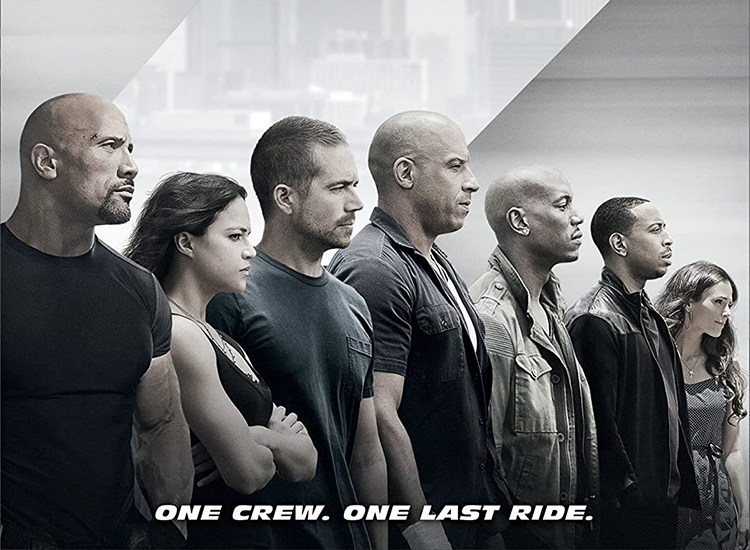 FXM—which has dozens of hit movies live and on-demand—is in free preview for all Sling Blue and Orange + Blue subscribers from Wednesday, May 26 to Tuesday, June 1. To get you ready for a week-long movie binge, we chose a variety of categories and forced ourselves to pick between a pair (or more) of titles. Check out our selections below, and look for a curated playlist of FXM Movies under the “On Demand” tab in the Sling app. To get FXM on Sling, sign up for Sling Blue with Hollywood Extras using the link at the bottom of the page.

Picking between the two Captain Americas introduced in The Falcon and The Winter Soldier? No brainer. Picking between the first two Captain America movies? MUCH harder. The first half of The First Avenger is Marvel world-building at its finest, as we get a clear picture of who Steve Rogers (Chris Evans, fittingly iconic) is as man, which establishes who he will become as a hero. But The Winter Soldier has the brains of a twisty espionage thriller inside the chiseled body of a Super Soldier. In the first of their four Marvel movies, the Russo Brothers proved they could handle both complex, character-driven storytelling and clever action setpieces (the elevator fight scene remains one of the best in any Marvel movie). - Mark Schiff

You truly can't go wrong with either of these films, but my solemn duty is to sell you on one of them. Bad Moms, which came out in 2016, features an all-star female cast of Mila Kunis, Kathryn Hahn, Kristen Bell, and Christina Applegate. Blockers, on the other hand, includes a cast of both older and younger stars like Leslie Mann, John Cena, Ike Barinholtz, and Kathryn Newton. When you pit the two against each other, the winner in my book is Blockers. It made a quieter splash when it came out in 2018, but the jokes don't fall short and the laughs are plentiful. Don't skip out on the middle-aged motherly fun of Bad Moms, but if you haven't yet seen Blockers, now's the perfect time. - Peyton Lombardo

The Visit or Unfriended: Dark Web

When it comes to found footage horror films, Unfriended was a pioneer. The 2014 film was eventually followed by Unfriended: Dark Web, a sequel keeping with computer screen layout but with a cybersecurity twist. The Visit, on the other hand, is a 2015 film with a surprising comedic flourishes. In it, two kids are shipped of to their grandparents' house before realizing sinister stuff is taking place there, possibly without their grandparents' own knowledge. Directed by horror giant M. Night Shyamalan, the comedic relief makes The Visit a bit lighter of a watch, so it edges Unfriended: Dark Web ever so slightly. - PL

The Pick: The Visit

Although the tone of these two movies couldn’t be further apart, they do share one thing in common: Both were overlooked gems that went on to become cult favorites. Thoroughbreds is a slow-burner dramedy about sociopathic rich girls that features breakout performances from Anya Taylor-Joy and Olivia Cooke. Nevertheless, we have to go with Popstar: Never Stop Never Stopping. Not only does it feature a joke in the movie's title, but it’s arguably the funniest music mockmumentary since Spinal Tap. Plus, between Popstar, Hot Rod and last year’s Palm Springs, Andy Samberg is quickly establishing himself as a legend in the cult-comedy space. - MS

Both of these kid-friendly sequels are loaded with overqualified voice casts. Smurfs: The Lost Village features a mix of comedians (Ellie Kemper and Rainn Wilson of The Office), pop singers (Demi Lovato and Meghan Trainor), and serious actors (Mandy Patinkin and Julia Roberts). Hotel Transylvania 3: Summer Vacation has a similar mix, with appearances by everyone from Steve Buscemi to Selena Gomez and Joe Jonas. HT3 gets the nod, as it’s one of the rare animated franchises that actually improves with each new installment. - MS

Life or Death? While both films are equally terrifying, their storylines couldn't be more different. Life, starring Jake Gyllenhall, Ryan Reynolds, and Rebecca Ferguson, centers on astronauts on a space mission to discover extreterrestrial life on Mars. That life form, whose intelligence is unknown, ends up wreaking havoc on the team. Happy Death Day is a slasher film about a college student trying to get out of a time-loop that always ends in her murder. While Life was an intriguing intergalactic sci-fi watch, Happy Death Day is an ingenious movie with a notable black comedy flair, giving us laugh-out-loud entertainment. - PL

Ride Along 2 or Furious 7

These two movies have more in common than just a supporting role for Tyrese Gibson. They both center on makeshift families, they both have intense car chases and action set pieces, and they both feature extra-judicial authorities of dubious legal standing. Still, we’ve got to go with Furious 7. As the final film in the franchise to feature Paul Walker, there’s an emotional weight to the movie that others are lacking. However, with Aquaman’s James Wan in the director’s chair, Furious 7 also features some of the best action in the series, including a sequence with skydiving cars. Any movie that drops cars out of airplanes is automatically going to win, those are the rules. - MS

From about 2012-2016, Jennifer Lawrence had a grip on on the culture like no other. Her quirky, down-to-earth personality made her a relatable celebrity, and it didn't hurt that she was turning up in numerous blockbusters, including Joy and Passengers. A 2015 biopic focused on entrepreneur and Miracle Mop inventor Joy Mangano, Joy starred Lawrence as the titular (ironically-named) character. Just a year later, Lawrence was part of Passengers, a sci-fi romance co-starring Chris Pratt. The two are on a journey through space when they're disrupted from their sleep a little too early...by about 90 years, in fact. The pair soon realize they'll be on board the rest of their lives, so they have to make do. While it was highly anticipated, it fell short with critics, so this J-Law battle ends up being an easier decision. - PL

Humor is often the secret sauce in the superhero movie sandwich, but these two heroes have enough comedy chops to hit the road for their own stand-up tour. Tom Holland’s take on Spider-Man emphasizes his quick wit as much as his powers, and the high-school setting of Homecoming provides ample opportunities for sweetly awkward humor, making the movie more John Hughes than John Woo. But we’ve got to go with Deadpool, the wise-cracking, fourth-wall-breaking “merc with a mouth.” Ryan Reynolds is perfectly cast in the role, and beyond its self-aware sense of humor, the action is impeccably choreographed by director Tim Miller. - MS

Girls In/ On Places

Girl in the Spider's Web or Girl on the Train

Both of these films were anchored by strong female leads in Claire Foy and Emily Blunt. Released in 2016, Girl on the Train is a mystery film about.. well, you probably guessed it. Rachel Watson (Blunt) watches a crime unfold while on her daily ride into NYC, but after reporting it, she quickly learns that things aren't what she thought they were. Girl in the Spider's Web (2018) served as a belated sequel to the blockbuster hit Girl with the Dragon Tattoo (2011). While an entertaining and action-packed crime film, it wasn't able to recreate its predecessor's success. Meanwhile, the psychological and suspenseful The Girl on the Train became a surprise hit, raking in nearly $200 million globally. - PL

The Pick: The Girl on the Train

Watch FXM on Sling Blue with Hollywood Extras using the link below!

get fxm on sling
caret