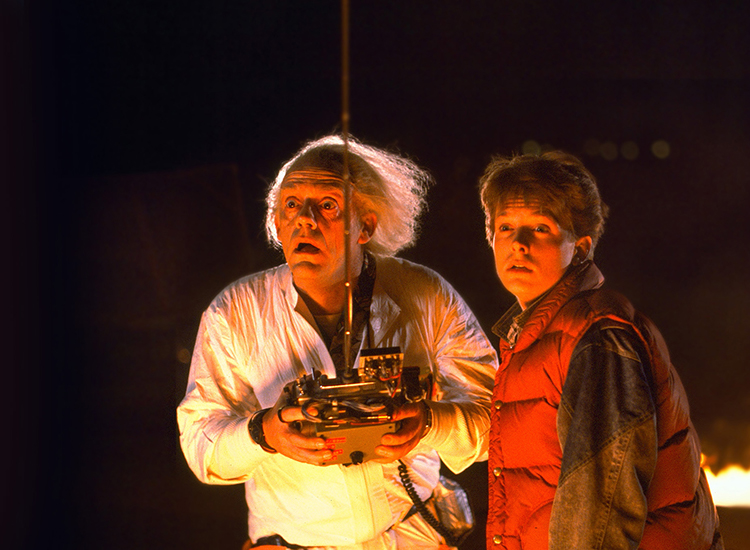 Like the term “pop music,” the designation “summer blockbuster” is a useful descriptor for something that’s too broad to define. The two films credited for coining the term — 1975’s Jaws and 1977’s Star Wars — are very different films in both style and substance, yet the moniker certainly applies to both. In the same way that both hip-hop and rock songs can top the Billboard pop charts, a summer blockbuster can be a hit comedy, sci-fi, or action film.

Or, in the case of Back to the Future, it can be all three. Released 35 years ago this week on July 3, 1985, BTTF remains the quintessential, platonic ideal of a summer blockbuster. Funny, clever, and exhilarating, Back to the Future is the rare movie where every single element is perfectly executed. The accomplishment even the more remarkable given the film’s scope and ambition.

Let’s start with the brilliant script by director Robert Zemeckis and his writing partner Bob Gale. It’s not just that the movie lays out the head-spinning rules for time travel in a lucid, comprehensible way (even Carl Sagen complimented Zemeckis on how clearly he tackled the topic). The beauty of Back to the Future is the way that the exposition plants seeds that will flower later in the movie.

Consider the scene in which Marty eats dinner with his 1985 family. Beyond establishing the importance of the Enchantment Under the Sea dance and the “birdwatching” incident, there’s a tossed-off line about Uncle “Jailbird” Joey and a brief glimpse at a Honeymooners episode. These references occur so organically in the scene, you’d be pardoned for forgetting them before they resurface during Marty’s dinner with Loraine’s family in 1955, when they pay off handsomely (Marty telling his toddler uncle he’d “Better get used to these bars, kid” is secretly one of the funniest lines in the movie).

That line-reading is among the reasons why Marty McFly is, in my estimation, the single coolest character in the history of movies. Seeing this movie for the first time as a 6-year-old, I would pattern my entire childhood on Marty, from the skateboarding to the passion for rock music to the disregard for authority. Eric Stoltz was originally cast in the role (and worked on the movie for five weeks) and maybe the movie would have been fine with him as the lead. But with his signature mix of exasperation and charm, Michael J. Fox elevated Marty McFly into a legendary character.

The supporting actors are just as good: Christopher’s Lloyd’s Doc Brown is now nearly as iconic as Marty; Leah Thompson's innocent looks are used deviously as Marty’s mom Lorraine, who turns out to be a not-so-good girl. Crispen Glover is twitchy perfection as his awkward, dorky dad George; and Thomas Wilson is totally convincing as Biff the bully (many of his most memorable lines were improvised on set). As its sequels demonstrated, Back to the Future is basically an ensemble piece and it’s very hard to imagine any other actors improving on these roles (sorry Eric Stoltz, but I loved you in Pulp Fiction!)

In the original version of the Back to the Future script, the time machine was a refrigerator. While this may have added to the film’s humor, it would have robbed the audience of it’s most iconic prop: the DeLorean. In turn, there wouldn’t have been the amazing action sequences that bookend Marty’s trips through time. Everything about the scene in which Marty accidentally travels back to 1955 is intense and jarring, from Doc’s shocking murder to the fake out when Marty swerves to avoid the Libyan terrorists just as he’s about to hit 88 mph.

His return to the future is even more memorable. Employing his gifts at physical comedy, Lloyd displays Chaplin-esque chops as he attempts to connect the cables atop the clock tower. With one thing after another going wrong, the scene continues to ratchet up tension as Doc and Marty race against time. The “race against the clock” trope is frequently deployed in cinema, but by literalizing this device and making a plot point out of a second storytelling metaphor — lightning striking in a moment of inspiration — Back to the Future reaches the top gear of ingenuity.

In fact, the best metaphor for the movie might be a clock (fittingly, the opening shot of the movie is a long one-take panning across the dozens of clocks adorning the walls of Doc Brown’s place). Just as a clock requires an array of disparate parts working together for a functioning whole, so does this movie. From Alan Silverstri’s unforgettable score to iconic logo and poster art to all of the elements outlined above, everything in Back to the Future works in perfect synchronicity. Even the movie’s unofficial theme song — “The Power of Love” by Huey Lewis and the News — went to No. 1 on the pop charts.

After it opened, BTTF topped the box office for eight weeks in a row. Earning $381 million, it became the highest grossing movie of 1985 and remained in theaters even into the following year. In this respect, Back to the Future transcended its “summer blockbuster” label; it’s a movie for all seasons, for all ages, for all time. 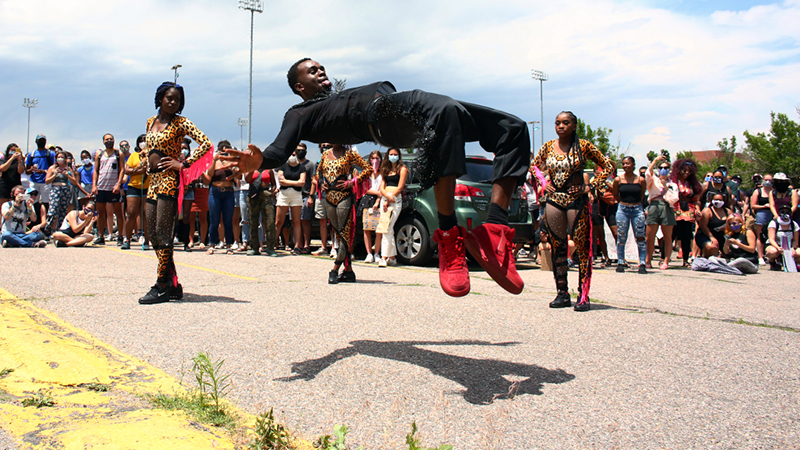