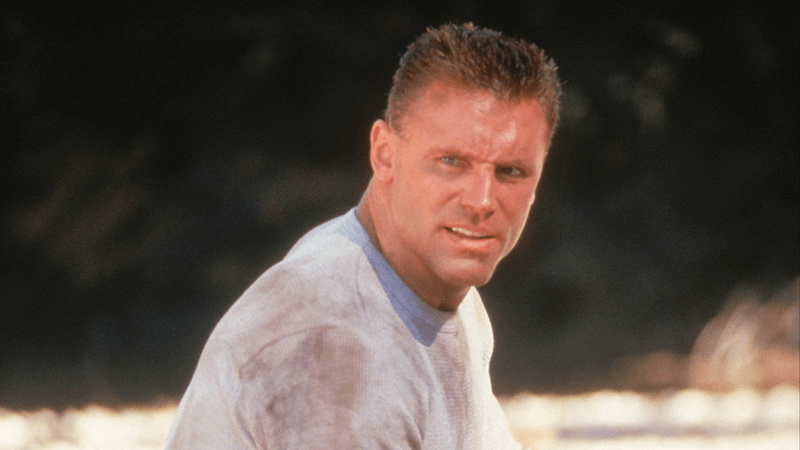 Sports has long served as a direct pipeline to Hollywood. As far back as 1932, six-time Olympic gold medalist Johnny Weissmuller was tapped to star as Tarzan in a dozen different films. Football players are no different, leveraging their name recognition as athletes into fame as actors. With the Big Game coming up on Sunday, we present some of the greatest films ever made featuring at least one Super Bowl veteran.

No man stands taller at the intersection of Super Bowl heroics and Hollywood greatness than Bradshaw. From 1975 to 1980, Bradshaw quarterbacked the Pittsburgh Steelers to four Super Bowl titles, twice winning Super Bowl MVP honors, and at the time of his retirement was the all-time leader in Super Bowl in wins, TD passes, passing yards and yards per attempt. But long before he hung up his cleats, Bradshaw took his talents to Hollywood, lured by Florida State football legend Burt Reynolds. Bradshaw would appear in three of Reynolds’ films, starting with Hooper (1978), then Smokey and the Bandit II, in which Reynolds tries to smuggle a pregnant elephant across country, and finally The Cannonball Run (1981). This would lead to appearances in a dozen TV series, before he returned to film by voicing Broken Arm Bot in the animated film Robots in 2005 and then appearing in the 2006 romcom Failure to Launch, starring Mathew McConaughey and Sarah Jessica Parker.

Before he became Bradshaw’s co-host on FOX, Long recorded 84 sacks in his 13-year career with the Raiders, the pinnacle of which was his team’s 38-9 blowout of the Redskins in Super Bowl XVIII. Long would begin his acting career with a small part in the 1984 indie film In ‘n Out, and went on to appear on several TV shows before landing a role in Broken Arrow (1996) and later a small part in 3,000 Miles to Graceland. Long even scored a leading role in Firestorm, a 1998 action thriller.

One of Adam Sandler’s many sports comedies, this one may have the most Super Bowl star power of any film in recent memory. The cast includes former Cowboys great Michael Irvin and infamous linebacker Bill Romanowski. Irving was part of the Dallas Dynasty of the ’90s that won 3 Super Bowl titles in four years, while Romanowski twice won back-to-back Super Bowls, first with the Niners in 1989 and 1990 and again with the Denver Broncos in 1998 and 1999.

At the height of his career, Taylor was the most terrifying defensive force in the game, and his stats are mind-blowing: 132.5 sacks, 8 All-Pro selections, 3 Defensive Player of the Year awards, an MVP award and 2 Super Bowl titles. After retiring, he popped up in several classic films: in 1998 he starred as himself in the Adam Sandler comedy The Waterboy; he had a small role in the 2000 remake of Shaft starring Samuel L. Jackson; as Jean-Claude Van Damme’s friend in the prison action drama In Hell; and another appearance as himself for a cameo in the 2010 Kristen Bell romcom When in Rome.

Williamson made 3 Pro Bowls during his 8-year career, and found himself on the losing side of Super Bowl I, in which the Green Bay Packers beat the Kansas City Chiefs 35-10. In 1968, just one year after finishing up his NFL career, Williamson started an acting career that now boasts 131 credits according to IMDB, including seven upcoming projects. His best known film is arguably the 1996 monster blood bath From Dusk Till Dawn, starring George Clooney and Quentin Tarantino as a pair crooks who hole up with a bunch of hostages only to find themselves surrounded by zombies. Oh, and there’s a legendary table dance by Selma Hayek, if you’re into that kind of thing.