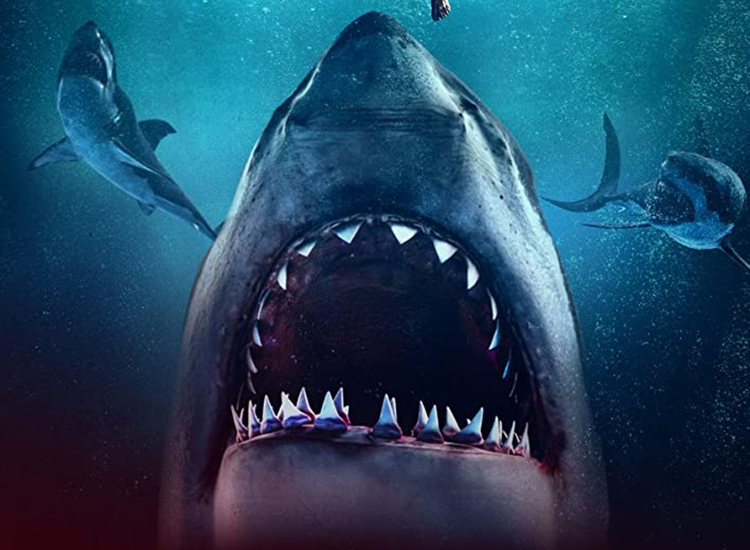 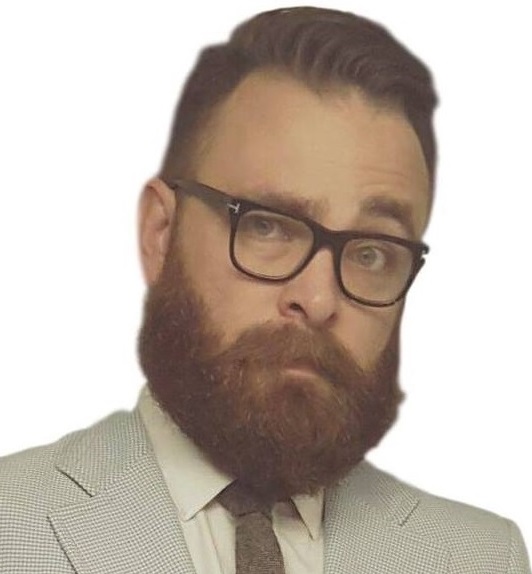 SYFY is bringing sharks to the Dog Days of Summer. Beyond the Sharknado saga, which is now On-Demand for a limited time, your intrepid reviewer sat down and watched not one, not two, but ELEVEN shark movies on SYFY, just to let you know which ones are the best. So grab a snack and chomp down on these 11 tasty shark flicks you can watch via on SYFY On-Demand with Sling! To start watching, just click the movie title above each trailer.

SYFY is available on Sling Blue, but don’t despair if you’re a Sling Orange customer! All you have to do is go to Edit Subscription and change your service to Sling Blue or upgrade to Sling Orange+Blue. You can switch back and forth between Orange and Blue as many times as you want - FOR FREE! #LifeHack

Does the phrase “flaming-ring-flying air-chomp” get you excited? If so, Atomic Shark is the movie for you. Other shark flicks commit the sin of trying to take themselves seriously — don’t expect that here. Atomic Shark is fantastic camp because it is always fully aware of how bad it is.

We have the college student studying environmental science who also happens to be an expert in nuclear physics, as one would expect. The rest of the crew is basically Top Gun: Fletcher is like Maverick, the high-flying renegade who gets the job done his own way. Subbing for Air Boss Johnson is Fletcher’s boss Reese, who yells at him for not following the rules even after he saved a kid from drowning. Finally, we have Gina who, like the Iceman, doesn’t really have any discernible skill but looks good doing it.

Chomptastic shark flick. 4.5 chomps out of 5.

I have a really hard time calling this a shark movie. It’s really more of a horror movie about a mad scientist (maybe?) who has called a group of shark attack survivors together….for a sleep experiment? The question marks are there because I honestly had little-to-no idea what was going on most of the time. There’s definitely some kind of shark. It lives in their dreams (?) and the evil scientist wants to….I give up.
One cool bit of trivia is that several actors from previous shark flicks like Atomic Shark and Trailer Park Shark reprise their roles in Nightmare Shark.

Confusing plot and not enough shark. 1.5 chomps out of 5.

We find ourselves 1,000 miles west of Hawaii onboard the USS Something-Or-Other. Nevermind that the ship is clearly a fishing boat painted gray, that Commander Lynch is wearing a Lieutenant’s insignia, that the Admiral has a non-regulation haircut, that the sailors are called “soldiers” a few times, or that not one of them ever wears their cover topside...we’re here for the sharks! Well, one shark in particular.

One quick note on Naval semantics: The captain is not calling the only Asian crew member “Chang”; he is calling her “CHENG” which is Navy-speak for “Chief Engineer”.

Potentially offensive nomenclature aside, this movie rocks! Megalodon had some budget behind it and they used it well. The acting and production value are a clear cut above some of the other shark flicks on SYFY. We’ve got evil Russians plotting some kind of dastardly scheme, Michael Madson (aka Budd from Kill Bill) as the salty old Admiral, gun fights, submarines, booby traps, explosions, and — of course — some pretty epic chomps! I mean, the shark literally chomps a submarine! What else could you possibly want?

Fun, action-packed, and with the biggest shark of all time - 4 chomps out of 5!

Yeah, buddy! This movie is exactly what I’m talking about when I think “shark flicks”. It’s a star-studded affair with the guy from American Pie, Tara Reid, and Principal Belding as a sort of murderous, swamp version of Boss Hog.

How did sharks get into a trailer park? Glad you asked. A hurricane, obvs. Let’s not dive too far into the details here. I will say that said hurricane seems to have been simulated with a few leaf blowers and a single garden hose, but that only adds to the movie’s charm. Is it going to win an Oscar? No. Is “BEST CHOMP SO FAR” crudely scribbled on the envelope I was using to take notes while watching this? Yes it is, and that’s enough for this critic.

SPOILER ALERT: Mr. Belding riding a fan boat to hunt swamp sharks armed with nothing but a ninja sword is everything I ever wanted in a movie. 4.5 chomps out of 5.

5 Headed Shark Attack starts off really strong. We’ve got a tropical beach, a cool boat, a handful of gorgeous people in skimpy swimsuits, AND A 5 HEADED SHARK LEAPING OUT OF THE WATER TO CHOMP THEM ALL!!! This movie really has it all: a beautiful scientist who seamlessly switches between references to Sharknado and Greek mythology, the greedy businessman who wants to capture the shark for profit, the renegade ex-boyfriend who helps save the day, and group of wary aquarium interns who serve as fodder for the titular shark, which, as we mentioned, has 5 heads.

The pacing of the chomps is nice and steady so you’re never stuck in a 20-minute plot-building purgatory. There are some creative multi-chomps that demonstrate the unique lethality of the five-headed shark. The CGI is more than passable, and the location of the 5th head left me in tears! SPOILER ALERT: it’s not next to the other four.

Solid shark flick. 4 chomps out of 5.

Just when I thought this series couldn’t get any dumber, they go and make something like this...and totally redeem themselves! My friends and I literally cried laughing during the opening scene. I won’t spoil it for you, but it is—without exaggeration—cinema at its finest.

Here’s something weird: 6 Headed Shark Attack is much more sexual than its predecessor, 5 Headed Shark Attack. So much so that a few scenes felt kind of uncomfortable. Awkward sexual tension aside, this movie suffered from the fact the writers and directors seem to think that we actually care about the characters and plot development (we don’t). This means the movie tends to veer into meandering, shark-free stretches instead of glorious 6-headed chomping.

I respect the artistic choice to take the franchise in a more character-driven direction, but the plot-to-chomp ratio was just too high for my taste. 2.5 chomps out of 5.

Empire of the Sharks

Empire of the Sharks is exactly what you’d imagine: Waterworld meets Mad Max with remote controlled sharks. The main nemesis in this movie is the Warlord Ian Flen, who controls the sharks with some kind of psychic-mind-control device that kind of looks like a Nintendo Power Glove. Since the sharks are reduced to mindless weapons controlled by the actual bad guy, I have a hard time calling this a “shark movie.” I mean, you wouldn’t say that John Wick is a “gun movie,” would you? There are plenty of guns, sure, but the guns are just tools controlled by John Wick, the hero.

Fun little movie, but as a shark cinema purist, I cannot call this a proper shark flick. 1 chomp out of 5

We join a group of scientists doing super-serious science stuff on a floating research station north of the Arctic Circle — what could go wrong? If you said, “Global warming that causes the ice sheets to thin making the scientists easy bait for a shiver of prehistoric sharks (that’s what it’s called - Google it) that will sink the base as the crew runs out of oxygen and/or become shark food” - then, you nailed it!

One of my favorite parts of this movie was the ever-changing size of the sharks! One minute, the sharks are big enough to successfully attack an entire floating research center; the next minute, 3 sharks are shoving their head through a hole in the ice the size of a small kiddie-pool. It’s pretty incredible how sharks are able to change their size so quickly!

This is a fun movie with a super-sweet snowmobiling scene and some quality chomps along the way. 3.5 chomps out of 5.

You might go into this movie thinking that it’s about sharks who lived behind a dam and were released in some sort of catastrophic storm. As my Chief used to tell me back on the USS Vella Gulf, “You are wrong, shipmate”! Oh no, these sharks aren’t trapped by a dam; these sharks are building a dam.

We’re dropped somewhere in California, where a major storm has allowed sharks to swim hundreds of miles upriver to the exact spot where “the 19th largest tech company”—that somehow only has like 8 ultra-whiney employees—is having their corporate retreat. Guess what the dam sharks are going to build their dam out of! The chomps start early and come often, and you’ll be treated to the most graceful chomp in any of these movies.

We find ourselves accompanying a team of travel bloggers secretly gallivanting off to some sort of secret island (no idea why all the secrecy) to film some good “adventure content”. However, a plane crash en-route leaves the survivors stranded in shark infested waters. Oh no!

I’ll give it to the people who made this movie - it is a cut above many of the others when it comes to things like production value and acting. However, what it has there, it lacks in fun. All of these shark flicks are generally campy, light-hearted, chomping affairs; this one isn’t. This one is dark. This one is sad. This one is horrifying. This one even borders on poignant by the end.

A solid shark flick that takes a more serious route. Respect. 3 chomps out of 5.

Here we are back again at Generic Beautiful Beach with a crew of misfits who will save the day in their swimsuits! I guess there were no clothes available besides bikinis for the women, and no shirts for the guys to throw on. Times are tough in this economy.

Most of these shark movies follow a basic premise and then add their own twist. What’s the twist here? If you’re saying, “Umm, the toxic part?” you’re only partially right. What you’re missing is that getting hit with the toxic sludge turns you into a zombie. Did I just say “zombie”? You’re damn right I did! Our bikini clad heroes need to save the day not only from a toxic shark, but from a horde of beach-goers turned zombies as well! 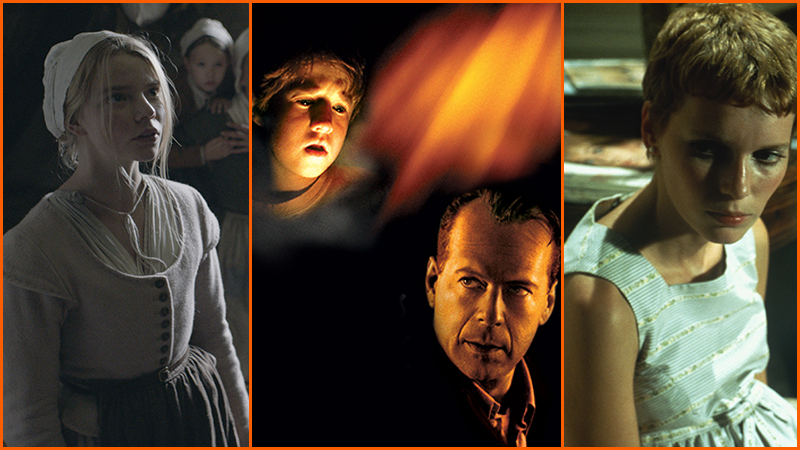 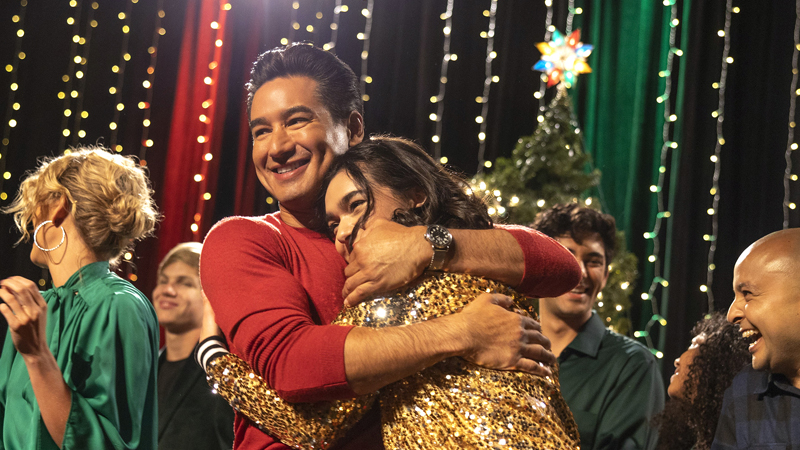 Lifetime Christmas Movies Guide: 30 Movies To Help Get You Into the Holiday Spirit 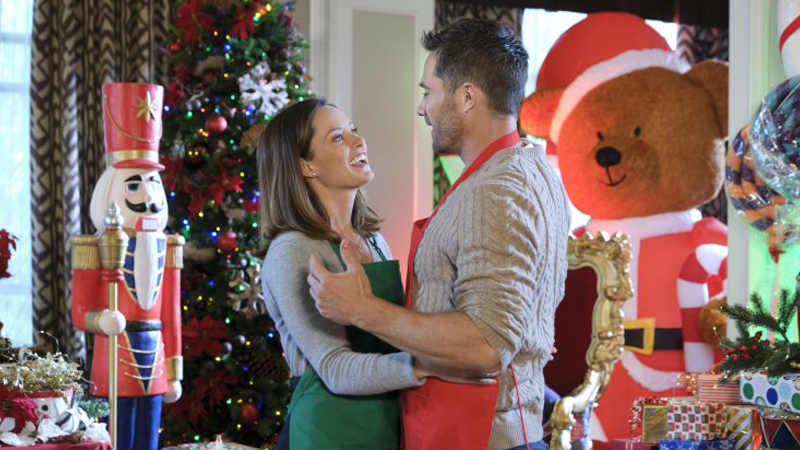