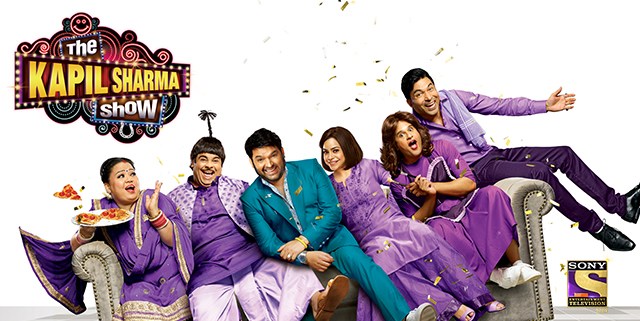 What has India been watching in the year 2019?  “Taarak Mehta Ka Ooltah Chashmah” has been popular for a decade — could it be number one? Or maybe first place goes to “Kundali Bhagya,” which has been a favorite since it premiered in 2017? How has the reality show “Superstar Singer” been received in the country, after it just premiered in March 2019?

Sling TV brings to you our top 10 favorite shows of 2019. Please note that this list covers shows that are not necessarily running on prime time, but that are our personal favorites!

Zee TV’s “Ishq Subhan Allah,” is a story of two people who follow Islam closely but interpret the Quran in a non-traditional manner. Zara (Eisha Singh from “Ek Tha Raja Ek Thi Rani) and Kabeer (Adnan Khan) fight their way through myriad issues, including triple talaq. Having won multiple Zee Rishtey Awards in 2018, “Ishq Subhan Allah” had more than 5.3 million viewers in its first week on air. Having over 350-plus episodes, the show has maintained its position as a favorite in India.

Broadcasted on the Colors network, “Choti Sarrdaarni” tells the story of Meher, who gives birth to a child out of wedlock. Set in a small village in Punjab, this show deals with varied social issues — particularly, honour killing. Viewers have loved the cast of the show, which includes Anita Raj, Nimrit Kaur and Avinesh Rekhi. The show’s depiction of Punjabi culture has also been well received.

Broadcasted on Zee TV, “Guddan Tumse Na Ho Payega” follows the story of Guddan (Kanika Mann), who marries an older widower and, at the age of 20, becomes a mother-in-law to three daughters-in-law. It is a story of how a young woman gains confidence, and proves herself to the world even though her step-father would constantly put her down by saying, Guddan tumse na ho payega (Guddan, you can’t do it). The show debuted Sept. 2018, and has been going strong ever since.

At number seven, we have another Zee TV show: “Tujhse Hai Rabta.” Focusing on unspoken connections and interpersonal relationships, “Tujhse Hai Rabta” has a new cast with Reem Sheikh, Poorva Gokhale, Sehban Azim, Rajat Dahiya and Shagun Pandey. Set in Maharashtra, the show has bits and pieces of Marathi, adding a regional flavor to the show. “Tujhse Hai Rabta” made its debut in Sept. 2018, and has remained a viewer’s favorite ever since.

After a dip in ratings over the past year, “The Kapil Sharma Show” has made an impressive comeback. The show’s producers replaced former host Sunil Grover with actor-comedian Krushna Abhishek, and Kapil has returned to his former comedic self. Hilarious questions, amiable guests and slapstick comedy all serve to make this show a must see. The show peaked in popularity in April 2019, and has managed to stay an audience favourite since then.

Broadcasted on SONY Entertainment Television, “Superstar Singer” has received a lot of media attention over the past few weeks, due to the highly talented contestant Ranu Mondal. Since Mondal first performed on the show, her inspirational life story and rich singing voice has reached hearts all over India. Mondal was discovered singing at Ranaghat station, in suburban Kolkata but is now recording songs with Himesh Reshammiya, a judge on “Superstar Singer”.
A hit because of its variety of songs and singers, “Superstar Singer” ranks number five on our list.

You can catch Superstar Singer on SONY TV, Saturday and Sunday, at 8 PM ET. .

“Naagin,” a 2015 series, just concluded its third season in May 2019, finishing 103 episodes. The show, which is the second Ekta Kapoor show on this list, became a hit due to its fantasy-drama genre and mythological origins. Starring Surbhi Jyoti and Anita Hassanandani (from “Taal” and “Yeh Hain Mohabbatein”), season three combined elements from the first two seasons and introduced several new characters. While critics panned “Naagin 3” for its regressive nature and populist elements, viewers have loved it, and the show earned a 4-plus rating. “Naagin 3” goes in at number four on the list.

One of the oldest shows on Indian television, “Taarak Mehta ka Ooltah Chashmah” premiered way back in July 2008, and has been popular ever since. What was originally a column in a Gujarati weekly magazine has become one of India’s top-rated shows, known for its endless entertainment and slapstick comedy. The show’s lead character, Jethalal Gada (played by Dilip Joshi), is known for his humour and expressions, and has been a popular cultural icon over the past decade.

The second Ekta Kapoor show on the list, after “Naagin 3,” Kumkum Bhagya is aired on Zee TV and has been running for the past five years. Featuring leads like Sriti Jha (from “Balika Vadhu”) and Shabbur Ahluwalia (from “Shootout in Lokhandwala”), the show depicts strong female characters living in a male-dominated household. The crux of the show hinges upon how they traverse that space. Winning more than 50 awards so far we think it’s earned the second spot on our list.

At numero uno is “Kundali Bhagya,” a spin-off of Kumkum Bhagya. Having made its debut in July 2017, “Kundali Bhagya” consistently held the number one spot in TRP when it launched, until it was taken over by “Naagin.” The story revolves around the lives of two sisters who plan to reunite with their mother after the death of their father, and the complex relationships they share with the famous Luthra family.