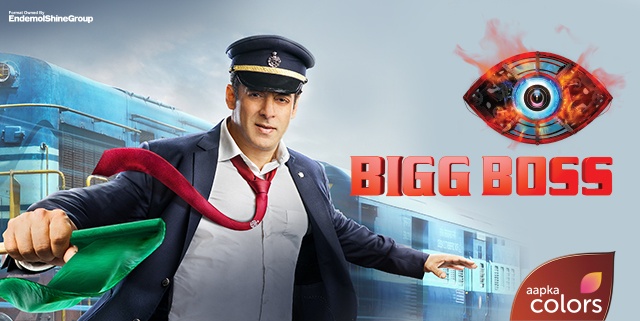 On Sept. 29, Bigg Boss 13 will be premiering on Aapka Colors TV. The show has not officially announced the season’s contestants — and they don’t intend to, leaving it a mystery that will be revealed to viewers on the first episode of the show. Promos have been released, showing host Salman Khan making khichdi and raita, an allusion to how spicy and raw the show will be. In this article, we will discuss those who are rumoured to be contestants on Season 13.

Pandey started out as a dramatic actor in the early 90s before transitioning to comedy. In his early roles, he starred in Paap Ki Duniya and Tezaab. He was nominated to win the Filmfare Award for Best Supporting Actor for Tezaab. In the early 2000s, he re-established himself in Bollywood, playing supporting roles in Don and Apna Sapna Money Money, and more prominent roles in  Housefull and its sequels.

Vijender Singh, who won India’s first-ever medal in boxing in the 2008 Olympics, has served as a politician as well as a professional boxer. He ran for the Indian National Congress of South Delhi in its 2019  general election, but failed miserably. An interesting but unconfirmed addition to the Bigg Boss household, it remains to be seen how Vijender tactfully outwits the other housemates.

One of the highest paid actresses in Indian television, Devoleena Bhattacharjee was instantly popular with her role of Gopi Modi on Saath Nibhaana Saathiya. Her controversial fight with actress Loveleen Kaur Sasan, in January 2015, is still talked about. It is said that Devoleena was insecure about her role due to Loveleen’s entrance on the show. In October 2016, she accused another actress, Utkarsha Naik, of kidnapping her dog from the set of their show. There were rumors that Bhattacharjee would be on Bigg Boss Season 11, but she did not end up on the show. This time though, many news portals have added her as a surety among the contestants for Season 13.

The comedian, who served three months in jail for not paying back a Rs 5 crore loan is rumoured to be among the contestants for the 13th season. Yadav, who was released from jail in Feb. 2019, has revealed that he was betrayed by some people he trusted. Maybe Yadav will reveal who they are on the show? He is currently wrapping up the shoot for Time to Dance, alongside Sooraj Pancholi and Isabelle Kaif.

The fourth rumoured contestant on our list is CID superstar Dayanand Shetty. He has been a part of CID since 1998, even writing a few episodes of the show. Shetty has been part of reality shows, such as Jhalak Dikhhla Jaa and Khatron Ke Khiladi. After acting for 20 plus years, we assume he knows how to navigate the politics of television actors, which would be an interesting skill to see used on Bigg Boss.

The Balika Vadhu star, Siddharth Shukla, is also rumoured to be a contestant on Bigg Boss season 13. Having made his debut in the 2008 SONY TV show Babul Ka Aangann Chootey Na, he has been on reality shows such as Jhalak Dikhlaa Ja and Khatron Ke Khiladi. He won Khatron Ke Khiladi in 2016 and appeared as a guest on Bigg Boss in 2016. With all his experience in the television industry, it will be interesting to see how Shukla plays his cards in the Bigg Boss house.

The veteran TV actress Meghna Malik, known for her role as Ammaji in Color TV’s Na Aana Is Des Laado, is on the rumored list for this season of Bigg Boss. She quit the show in 2018, and has starred in a few Bollywood films (Chalte Chalte, Kuch Na Kaho and Taare Zameen Par). She participated in the sixth season of Bigg Boss and even appeared as a guest on Bigg Boss 11. A veteran in the industry, Malik might just be the dark horse in the race for the ultimate prize.

Having begun her career on the MTV reality show Splitsvilla 3, Pavitra Punia shot to fame with leading roles in Yeh Hai Mohabbatein and Love U Zindagi, followed by her portrayal of Paulomi Roy in Naagin 3. She has traditionally played negative roles, and continues the trend as an evil fairy in SAB TV’s Baal Veer.

Aarti Singh has appeared on a number of serials in the past few years and is rumored to be a contestant on this season of Bigg Boss. Famously known as Govinda’s niece and the sister to actor/comedian Krushna Abhishek, her most recent role was as Shachi in Vikram Betaal Ki Rahasya Gatha (2018) and as Poonam Shroff in Udaan (2019).

Famous for making her debut in Veer (2010)  — opposite of Salman Khan, the Bigg Boss host himself — Zareen Khan has gone on to do films in various languages. Following her appearance in Housefull 2, she made her debut in Tamil film Naan Rajavaga Pogiiren. Khan has recently been added to the rumored list of contestants that will fill the Bigg Boss house.