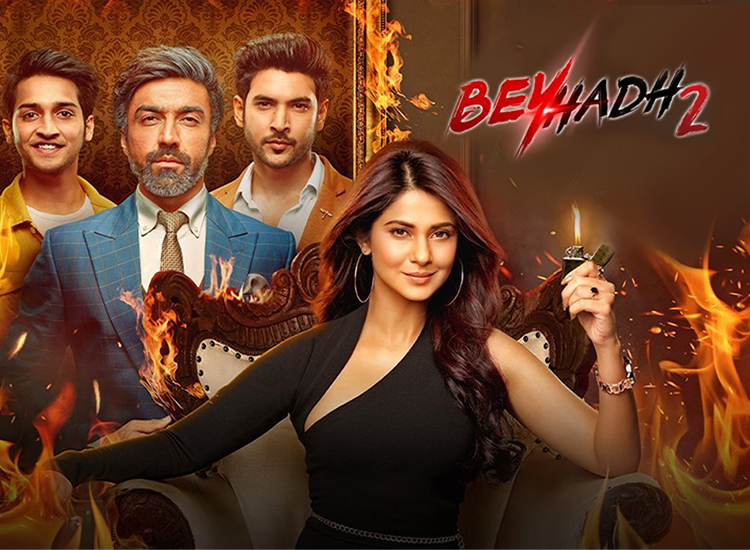 It’s true, some people are difficult to love. Much like Maya in Sony’s feature drama Beyhadh. Owing to the show’s popularity back in 2016, Maya in all her power-woman glam will be seen back on television starting December 2019.

When Beyhadh first aired, it felt like a breath of fresh air! There were some hits and misses that we’ll get into later, but over all you could tell how differently the characters were written and the scenes were shot from the usual. Yes, it still had many of the jolting close-ups that today’s audience finds laughable, but it still managed to retain a flavour that the millennial audience found relatable.

Today’s younger, millennial audience is much more aware and accepting of how childhood trauma and psychological stress can weigh on a person well into adulthood. Jennifer Wingett shows us exactly this in her role as Maya. When Maya is confronted by her abusive father, she is completely parayzed by fear, unable to move or scream or call for help. Something that is a common experience for many victims of abuse. Wingett also shows us how Maya feels without adequate parental support even as she soars to new heights of success. This too is a relatable experience for many young adults today who find themselves without support.

It is no surprise that Maya is so ferociously ambitious and independent. It was so refreshing to see a female protagonist in all her power glam, with her beautifully tailored white pantsuit and complete control over all her affairs. Maya exhibits a brilliant work ethic despite experiencing elevated levels of emotional stress and regardless of how much people judged and patronized her for it. Another trait that is admirable about Maya’s character is that she recognizes her need for vulnerability and is overall a complex yet relatable character.

However, the writers failed their younger female audience, when they showed Maya as a controlling, manipulative, and conniving woman as soon as she enters into a relationship with Arjun Sharma (Maya’s love interest, played by Kushal Tandon). It is unfair to assume that a woman who is successful in her career, is incapable of maintaining a healthy relationship, and it can often be frustrating to watch such gender stereotypes being reinforced on mainstream television.

Beyhadh 1 had its ups and downs and many unexpected and sometimes inexplicable twists and turns that kept the audience captivated throughout! All of this, and more made the first season of the show a favorite amongst all age groups! As Beyhadh marks its return to our television screens on December 2, it is exciting to wonder what Maya’s new revenge plot will be and how things will unfold. Jennifer Wingett as Maya is quite a sight to see. Let’s see if Ashish Chowdhry, who’s playing a business tycoon and Maya’s antagonist, is able to match up to this power goddess.