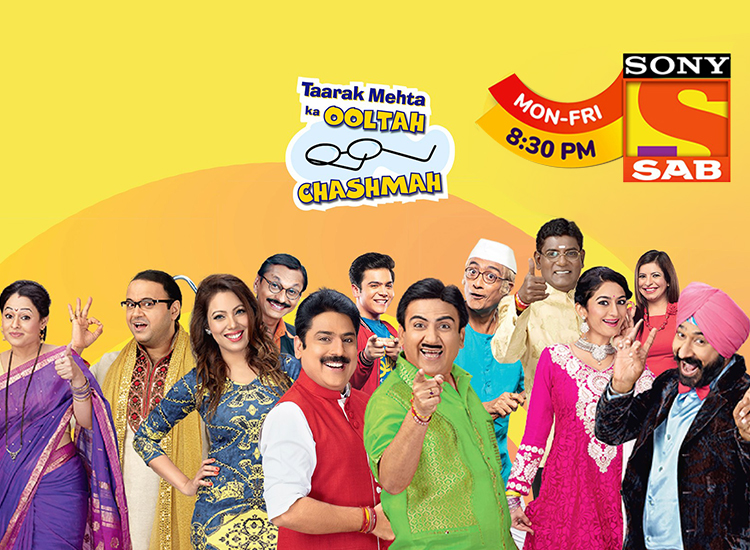 Airing for the first time in 2008, “Taarak Mehta Ka Oolta Chasmah,” is one of India’s oldest running shows. Based on a Gujarati weekly magazine column, the show has become one of India’s top-rated shows, celebrated for its entertainment and slapstick comedy. Its lead character, Jethalal Gada (played by Dilip Joshi), has also become a popular cultural icon for his humorous takes and expressions.

In this article, we’re discussing our picks for the top 10 funniest episodes of “Taarak Mehta Ka Oolta Chasmah,” based on setting, scene, and acting.

10: The Ghost in Gokuldham Society

On “The Ghost in Gokuldham Society,” a ghost appears, scaring a group of kids and confusing the adults who emerge from their apartments because of all the commotion. It’s the characters’ reactions that really make this scene a classic — especially those of Jethalal and Babita. The music of this episode also deserves a special mention. Plus, Amitabh Bachchan makes a guest appearance on this episode.

In this episode, Jethalal’s expressions take the cake. The Gokuldham Society decides to celebrate Raksha Bandhan and Babitaji (Munmun Dutta) comes to Jethalal’s house to ask for a saree. The whole episode revolves around how Jethalal is trying to avoid getting a rakhi tied by Babita.The episode doesn’t feature a lot of the main characters and most scenes are set in the house, which is why we place this episode ninth on our list.

The Indian Cricket League fever was translated onto the small screen in the “Tarak Mehta Ka Oolta Chasmah” episodes. The show had its own glamourous cricket match, which spanned three episodes. The hilarity in these was highlighted by the show’s format, which mimicked that of authentic cricket coverage — replete with announcers and the names of the players appearing on screen.

On the episode of “The Credit Card,” comedy erupts as Sunder wakes Jethalal in the middle of the night because he’s lost his credit card. The nature of their relationship is revealed comically, as the two retrace their steps to try and find locate it.

6: Jethalal Wants to Learn How to Swim

Spread out over several episodes, Jethalal wants to learn how to swim without anyone else knowing, a premise that can only lead to hilarious outcomes. The episode explodes into life when the entire Gokuldham Society converges on the club, resulting in complete chaos and excitement.

In “Jethalal Gets Kidnapped,” comedy breaks out in what would be a dramatic situation. Jethalal’s kidnappers come to the Gokuldham Society and try to negotiate ransom with all of its members. The episode is filled with the kind of goofy scenes that fans of “Taarak Mehta Ka Oolta Chasmah” have come to love and expect from the show.

In the middle of the night, Jethalal Gada’s father, Champaklal, has hiccups which won’t stop. They give him water, even ask him who might be remembering him, as is the superstition, but to no avail. The episode features the various characters’ approaches to help him curb the hiccups. Amit Bhatt plays Champaklal Gada and gives such a convincing performance that the audience empathizes for him and is cheering on any cure that seems like it’ll work. Ironically, Bhatt is younger than actor Dilip Joshi, who plays Jethalal on the show.

In third place is “Bhide Swallows a Whistle.” One of the reasons “Taarak Mehta ka Oolta Chasmah” is so popular is because its large cast of characters have a kaleidoscope of backgrounds — with Atmaram Bhide being one of the most colorful. In a comedy of errors, Bhide swallows a whistle and gets it stuck in his windpipe. The shows excels in the buildup, with the resolution always being quick and unexpected. Watch this episode for the various situations and camaraderie between characters.

When 8-year-old Gogi goes missing, Jethalal asks Babita to accompany him to the police station, which incites a string of comedic moments.

At number one on our list is “Jethalal Returns From London.” Jethalal has brought back souvenirs for everyone, and the entirety of Gokuldham Society follows him around, asking him about his trip.

Do you agree or disagree with our list? Tell us what your favorite episodes are in the comments below.