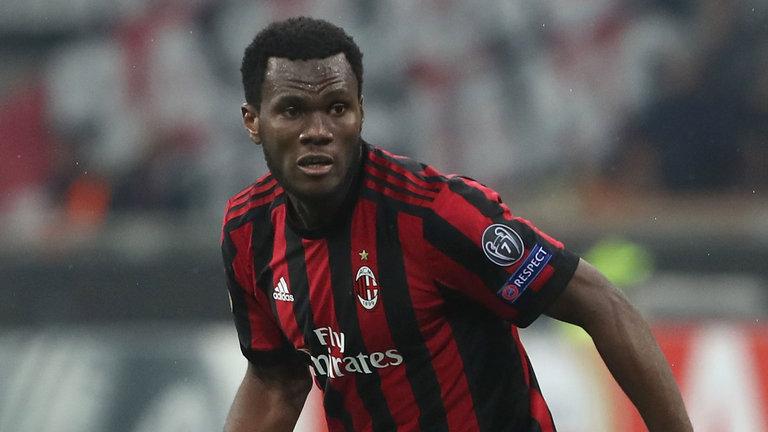 One of the highlights of any African Cup of Nations Tournament is the discovery of new names and talent that have not previously been known to a wider audience. This year is likely to be no different. Here are seven young players who could catch the eye in Egypt this summer.

The name of Franck Kessie is already a familiar one to regular watchers of Serie A. Despite being just 22 years old, Kessie has been a regular in the top-flight of Italian football since he broke into the first-team at Atalanta. Since moving to AC Milan, initially on loan, but subsequently on a permanent deal, he has acquired a reputation as one of the toughest and hardest working midfielders in Italy, and his aggressive style of play earns him more than his fair share of yellow cards.

Kessie could be on the move from Milan this summer. The side are set to make his move from Atalanta permanent for a fee of €28 million (£25 million), and could be ready to sell him immediately in order to realise a profit, due to the need to comply with FFP (Financial Fair Play) regulations. Should he move, he is sure to attract attention from some of the biggest clubs in Europe.

He has already won 26 caps for his country, and will be one of the first names on the team sheet for his manager at this year’s AFCON.

Defensive midfielder Diawara is another Serie A stalwart, having made 48 appearances for Napoli since moving there from Bologna in 2016. The 21-year old has played in Italy since 2014 and was granted Italian citizenship, but has opted to play his international football for the country of his birth.

He is known for his hard work and on-field pitch coverage, but is unlikely to threaten the opposition goalkeepers – he has only scored two senior career goals, and one of those came from the penalty spot.

Defender Hakimi plays for German side Borussia Dortmund on loan from his parent club Real Madrid. Named CAF Youth Player of the Year for 2018, Hakimi plays mainly at right-back, although he is versatile enough to be deployed on the other side of defence, as well as a centre-back.

Born in Madrid to parents of Moroccan descent, he joined Real’s youth system aged just 8 years old, and graduated to their first team, making his debut against Espanyol in October 2017. Although he was not part of the squad for the 2018 Final against Liverpool, he was given a medal and is credited as the first Moroccan player to win the Champions League.

Hakimi joined Dortmund on a two year loan deal in July 2018 and, in his debut season in the Bundesliga, he made 20 appearances, scoring twice. He made his international debut in a friendly win over Canada in October 2016, and scored his first, and to date, only goal in a 6-0 home thrashing of Mali in September 2017.

Forward Onyekuru is contracted to Premier League side Everton, although he has never played for them, due to work permit regulations. Like many African footballers, Onyekuru began his career in Belgian football with Eupen, before joining Everton in a £7 million deal. He was immediately sent out on loan to Anderlecht, for whom he scored 10 goals in 28 appearances. His time at Anderlecht was interrupted by a serious injury, and he was loaned to Turkish side Galatasary for the past season, where again he impressed, netting 12 times in 26 appearances.

He made his debut for Nigeria in June 2017 against Togo, and now has seven caps for the Super Eagles, with one international goal to his name so far.

20-year old Bordeaux right winger Kalu is likely to be one of the fastest players on show at AFCON. He has a devastating turn of pace, and also contributes his fair share of goals. The 21-year old began his career in Slovak football with AS Trenčin, before moving to the Belgian league with Gent. His single season with them saw him score six times and provide seven assists before he moved to Bordeaux on a five year contract.

He made his debut for the Nigerian national team in October 2018, and scored his first international goal in a 4 – 0 defeat of Libya.

Earlier this year, Kalu made headlines off his pitch when his mother was kidnapped whilst travelling home from the south-eastern city of Abia. She was released unharmed six days later, although it is unclear whether a ransom was involved.

Ismaila Sarr has already had a very successful season playing for Rennes in Ligue 1. The 21-year old winger scored 10 goals in 46 appearances, and netted the winning penalty that delivered Rennes a surprise French Cup final victory over PSG. He also impressed on the European stage, and scored a stunning headed goal against Arsenal in the Europa League in March.

He has been linked with a move to the Premier League with both Arsenal and Leicester City interested in signing him this summer, whilst there are also a number of Serie A clubs linked with him as well.

Sarr is already an established Senegal international, having won 20 caps, with three goals to his credit so far.

Nicknamed the Ugandan Messi, Okello has yet to receive a full international cap for his country, but he was called up by head coach Sébastien Desabre to be part of the squad that prepared for the final qualifying game against Tanzania in March. An attacking midfielder who plays for Kampala CC, who have just clinched the Ugandan Championship for the 12th time, Okello is comfortable with the ball at his feet, and is capable of some spectacular strikes. He scored a hat-trick on his debut for Kampala, and has already been linked with a move to Europe, with Ajax said to be amongst the clubs interested in him.

You can watch the exciting AFCON 2019 tournament exclusively on beIN SPORTS when you subscribe to the Arabic Mosaic Pack here www.sling.com/arabictv !